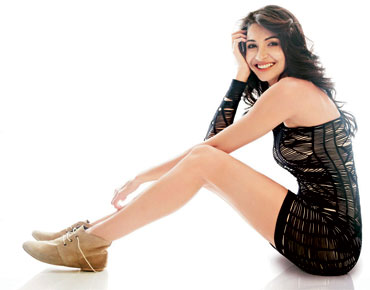 Kal Ho Na Ho director Nikhil Advani recently held a preview of his new film Katti Batti for his producers, Disney India, who’ve bankrolled the movie to the tune of Rs 30 crore, it seems. The romantic comedy stars Imran Khan and Kangana Ranaut, and understandably the producers and film industry at large have been concerned about the box- office potential of any new movie starring Imran, whose career virtually came to a standstill last year after the back-to- back failures of Matru Ki Bijlee Ka Mandola, Once Upon a Time in Mumbaai Dobaara, and Gori Tere Pyaar Mein in 2013.

Nikhil bet on Imran even after a slew of top heroines allegedly turned down the movie because they didn’t want to work with his leading man. His producers, however, told Nikhil they’d support him whichever direction he decided to go. But the director, who knows only too well what it feels like to be written off and forgotten, stuck with Imran and was rewarded when Kangana Ranaut—fresh off the success of Queen—took the female lead after she reportedly fell in love with the script. The film is carrying good reports currently, and the producers who watched an early cut are said to be excited. Now his mentor Sudhir Mishra wants Nikhil to rope in Kangana to play the female lead in Sudhir’s much delayed project Mehrunissa, opposite Amitabh Bachchan and Rishi Kapoor. And Nikhil will likely cast Imran alongside Hrithik Roshan in his Wall Street-style drama Bazaar that he dives into next.

Anushka Sharma, who plays a jazz-age club singer in Anurag Kashyap’s Bombay Velvet, shared the stage with ‘her voice’ in the film, songstress Neeti Mohan, at a promotional event in Goa earlier this week, for a unique sort of jugalbandi that had the audience genuinely stunned. While Neeti belted out the lines to the powerful Dhadam Dhadam track from the film, Anushka agreed to ‘act’ out the song by lip-syncing the words to Neeti’s rendition. From early on in the ‘performance’, it became clear that both ladies were complementing each other seamlessly: Neeti infusing the number with great emotion, and Anushka acting it out like it was coming straight from her gut. The performance ended with tears streaming down Anushka’s cheeks, her mascara ruined, and Neeti looking visibly touched herself.

Later, composer Amit Trivedi revealed that the song had taken its toll on the singer who had become unwell after pouring her heart into it while recording it in the studio. Trivedi also added that when Kashyap played the track for Anushka days later so she could understand how she had to perform to it, the actress recognised immediately the tough job she had ahead of her: “Fuck you, Anurag,” Anushka reportedly told her director, “I don’t know if I can pull this off.”

Petulance Over a Paid Appearance

One of Bollywood’s most admired actors, and one who is making waves in the West too, agreed to participate in a panel discussion with a big-shot Hollywood studio head during an annual entertainment conclave recently, but reportedly threw a tantrum at the eleventh hour. Anyone who knows the actor closely—or has even interacted with him often enough—will tell you that he tends to be moody and doesn’t think twice before going back on a commitment if he’s changed his mind.

The organisers of the conclave were in for a rude shock when the actor’s representatives informed them exactly one day prior to the event that he wanted to be paid Rs 10 lakh to be on the studio panel, plus a suite at the hotel where the event was taking place. Shocked that they were being held ransom to his demands, the organisers tried to reason with the actor’s managers; they apparently said they’d pay for the suite, but wouldn’t cough up the appearance fee. But the actor wouldn’t budge. He communicated that he just wouldn’t show up if the fee wasn’t paid. The organisers tried to explain that the studio head was looking forward to sharing the stage with the actor, and that it wouldn’t hurt his Hollywood career to have a friend in a high place. But none of the cajoling or coaxing would work.

The actor decided to skip the event completely when the organisers made it clear that they didn’t want to start an unhealthy trend of paying guests to participate in panel discussions. The studio head in turn was apparently peeved when word reached him that the actor had dropped out. But the mogul made it a point to have it communicated to the actor that “we remember who our friends are”.