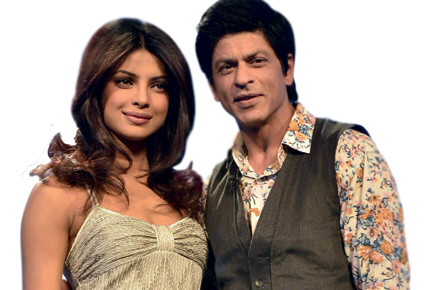 
When Siddharth Mallya showed up solo at Parmeshwar Godrej’s party for Oprah Winfrey last week, friends enquired where his girlfriend Deepika Padukone was. The young scion casually explained she was tied up in a film shoot. From what we hear, though, the couple has called it quits.

The same day, incidentally, Deepika put up a blank black frame accompanied by the words ‘Game Over’ as her status on her BlackBerry Messenger.

Insiders reveal the couple has been having problems for some time now. Siddharth’s refusal to publicly acknowledge their relationship has been a bone of contention between them, and more recently, Deepika’s truce with former boyfriend Ranbir Kapoor apparently became an issue with Siddharth.

Whether this means Ranbir and Deepika are likely to hook up again is uncertain, given that Ranbir and Katrina Kaif seem to be an item again, as anyone who saw them cozying up at the Zee Awards in Macau will tell you.

Starting around midnight on Saturday last week in Macau, after the Zee Awards were over and done with, the stars hit the parties. Missing at the celebrations, however, were Shah Rukh Khan and Priyanka Chopra.

I know what you’re thinking, but don’t go there… Turns out, SRK and Priyanka, who emceed the awards show, had been asked to stay back after the ceremony had ended, to shoot a handful of extra segments that needed to be inserted into the awards telecast but were dropped from the live event because the show had run way too long.

So even as Ranbir Kapoor, Katrina Kaif, Vidya Balan and the rest of the stars who were in Macau last weekend partied it up till the wee hours of the morning, Shah Rukh and Priyanka kept it strictly professional, shooting their remaining segments till roughly 4 am on Sunday morning.

Only days before that, the two stars had been photographed by a paparazzo, allegedly at 3 am, leaving SRK’s Khar office. The photograph went viral, and expectedly the tabloids gleefully declared that they’d finally landed hard evidence of the fact that something was indeed brewing between the two stars.

While that rumour has been doing the rounds for some months now (you won’t believe how many of their friends have hinted there may be some truth to those stories) a source close to one of them explains that the late-night meeting that was photographed was no romantic rendezvous, but a rehearsal for their combined act for the Zee Awards. Apparently other stars rehearsed at the same location earlier that evening, and the directors of the awards show were also present with SRK and PC, but predictably no one bothered to photograph them.

However, a well-placed source points out that the only reason rehearsals took place at SRK’s office, and not at Mannat where he usually prepares for his performances, is because Mrs Gauri Khan doesn’t want SRK’s favourite actress anywhere in her line of sight.

You’d think this A-list male star’s visits to the cosmetologist would have stopped after some work he did around his eyes a little over a year ago got botched up temporarily when he hit the bottle during his recovery period.

But no, there’s news now that the actor has gone back and got some corrective work done below his eyes. What’s more, this time he was joined by his father, who also underwent the same surgery.

The actor, who’s reportedly had a hair-weaving job done in the past, swears loyalty to a cosmetologist in Dubai, where he went under the knife again recently. His family has been joking it was his new year’s gift to himself and his father.