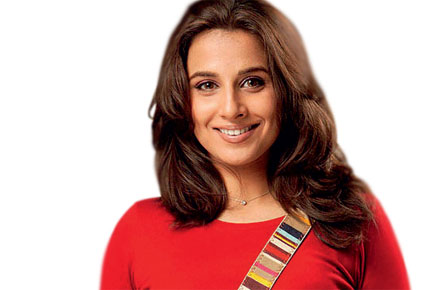 
With Farah Khan and Shah Rukh Khan having patched up recently, there’s talk in the industry that the two are likely to collaborate on a project together. Shah Rukh, who hasn’t duplicated the monster success of Om Shanti Om since, has been shopping around for a masala blockbuster project that could do the Rs 100-crore-plus business of such films as Ready and Bodyguard. It’s a well-known fact that he’s in talks to star in Rohit Shetty’s Chennai Express, which he’s reportedly hoping will turn out to be that ‘mass’ blockbuster for him.

Meanwhile, Farah, who delivered her first dud in Tees Maar Khan with Akshay Kumar last year, also needs a comeback. And since both her earlier films with SRK—Main Hoon Na and Om Shanti Om—were major money-spinners, it makes good sense for both to do a film together.

There could be some serious awkwardness with SRK’s arch rival Salman Khan, if Farah decides to take Happy New Year to Shah Rukh again, for whom she’d written the musical comedy originally… Don’t forget, she’d more or less confirmed Salman for the project while she was still katti with her Om Shanti Om star.

Sudhir Mishra is reportedly having some trouble casting a female lead opposite Amitabh Bachchan and Rishi Kapoor in his next film, Mehrunissa. The story of two close friends who fight once a girl comes between them, Mehrunissa will have a younger cast playing the younger versions of Bachchan and Kapoor. The senior stars step in to play the same characters when they meet again roughly 30 years since they fought, only to discover that the girl who came between them didn’t choose either of them in the end.

Mishra was apparently keen to cast his Hazaaron Khwahishen Aisi discovery Chitrangda Singh as the female lead, but the actress (who’s just finished filming Mishra’s Inkaar opposite Arjun Rampal) is allegedly giving him the run-around, refusing to commit to the project, not entirely sure she’s comfortable being paired opposite considerably older leading men. Mishra’s second choice is Vidya Balan, who is believed to have shown some interest in the film, but also won’t commit. When a tabloid ran a story recently confirming that The Dirty Picture star had signed the film, she made it a point to clarify that she was not in fact doing the film.

Meanwhile, the project itself changed hands recently when Salaam-e-Ishq director-producer Nikhil Advani came on board as producer. Mishra was earlier meant to direct the film for UTV, but sources in the trade reveal that Bachchan wouldn’t sign the film with UTV attached as producer. The family still hasn’t forgiven the studio for dropping a very pregnant Aishwarya from their Madhur Bhandarkar-directed film Heroine last year.

A young male star who got his heart broken recently, when his actress girlfriend unceremoniously dumped him, has revealed to his friends the story behind the break-up. The actor says their relationship was always closely monitored by the actress’ controlling father, who seldom permitted her to go on dates with him. Instead, he reveals he was encouraged to visit the actress at her home, where they barely enjoyed any privacy, what with her parents literally occupying the next room.

The actor has said his ex’s family is a strange lot who didn’t employ domestic help because they were paranoid that staff would leak stories to the press. As a result, he’s said he often volunteered to wash his dishes after a meal at his ex’s home because he didn’t want to burden her parents with that task.

Things began to go downhill when the actress’ father started insisting that they ought to seriously think about getting married, when he learnt that the couple had become ‘intimate’ recently, despite the tight leash he kept his daughter on. The actor has said it was awkward and embarrassing having to discuss such ‘private matters’ with her father. He also adds that he didn’t resist the marriage suggestion, but balked when her father said he should buy a new home in the suburbs, as his daughter would not be able to ‘adjust’ with his parents, with whom he lived in their sprawling North Mumbai apartment.

When he said his parents would welcome her warmly into their home, her father allegedly called off their relationship on her behalf, and made sure she didn’t see him anymore. Despite several attempts to contact her, he says he was unable to make her see reason. The star says he’s hurt they broke up, but also relieved he doesn’t have to see her crazy father.