Death at the Doorstep

It is hard to see how India can escape Ebola 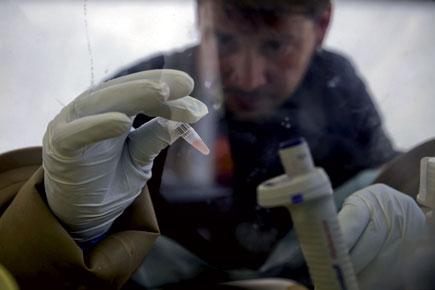 It is hard to see how India can escape Ebola

Recently the German publication Der Spiegel ran an interview with Peter Piot, the man who gave the name Ebola to the virus that is now witnessing its most deadly outbreak ever.

Piot was in the team that first discovered the virus in the mid-70s. He had been a doctor in a lab in Belgium when a blue thermos came, containing blood samples of a sick nun from a mission hospital in Zaire. It had been bought to test for Yellow Fever but they soon realised that this was an altogether different killer.

Piot then went to Zaire to further investigate the new virus and found that it had been transmitted widely by the very nuns who were doing medical charity work to help the Africans.

In his words, “In their hospital they regularly gave pregnant women vitamin injections using unsterilised needles. By doing so, they infected many young women in Yambuku with the virus… Clinics that failed to observe this and other rules of hygiene functioned as catalysts in all additional Ebola outbreaks.”

In the interview he also said that he is not worried about Ebola spreading to Europe or the US; they could control its spread. Instead, the country he did worry about was India, because many Indians worked in Africa and “it would only take one of them to become infected, travel to India to visit relatives during the virus’s incubation period, and then, once he becomes sick, go to a public hospital there. Doctors and nurses in India, too, often don’t wear protective gloves. They would immediately become infected and spread the virus.”

Those are ominous and prescient words if you consider what happened just a few days ago when a Japanese tourist in Manipur was suspected to have Ebola. She was in a private hospital but soon shifted to a better hospital. And then she was slated to be shifted to yet another hospital. Reason: the earlier two hospitals didn’t have an isolation ward.

One of the most deadliest infectious diseases in modern times had opportunities to spread even after Ebola was suspected. It is possible that this might also be a false scare like others we read about in Mumbai and Delhi, but it takes just one real case for the outbreak to begin.

If Ebola enters India, we are in trouble. It is a virus completely unknown to this region and so Indians enjoy no immunity.

Once the virus reaches a high-density poorly-mapped population area like a slum, then the disaster’s scale immediately leaps up exponentially. Slums in metros are made up of migrants who float between cities and villages and soon the virus will spread all over the country.

It is hard to see how we can stop the virus entering India if people with Ebola have managed to fly into the United States without being detected. The Japanese tourist, who is suspected to have it, came in by road from Myanmar.

In India, it took years after AIDS became an epidemic for public awareness on prevention to take root, but HIV itself takes time to become AIDS and so it was a controlled build-up of fatalities. Ebola, on the other hand, does not even offer the latitude of time.