There are signs that Indian business is learning the skills of crisis management. But it’s early days yet. 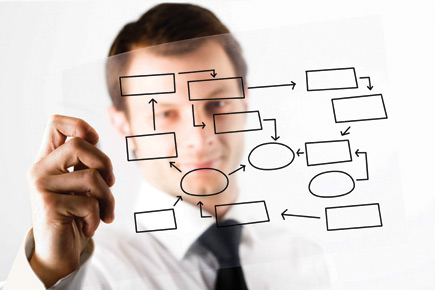 There are signs that Indian business is learning the skills of crisis management. But it’s early days yet.


Organisations react in different ways to a crisis. The responses will tend to differ, depending on the severity and nature of the problem at hand. In a business environment like India’s, firms often do either of two things when faced with a problem: clam up completely and attempt to solve the problem behind the scenes, or simply panic. In both cases, the results can be disastrous.

Harvard Business School professor David A Garvin wonderfully elucidates some simple yet effective ‘practical guidelines’ for managing crises. Facing reality, Garvin says, is a key element of the strategy to address a crisis. Getting hold of as much of the facts as possible, accepting that you will never have complete information and encouraging debate so that one can see the entire problem clearly are three parts of facing the problem. Owning the problem is equally important. It is often prudent to take responsibility and carry on with cleaning up the mess. No one, Prof Garvin says, wants to know that it is not your fault. What they are really interested in is to see that the problem is being addressed, and quickly. Issuing an apology to stakeholders at large may also be considered in some cases.

Managers who attempt to stem a crisis must also remember to send out clear signals that decisions are being taken. Teams need to be formed and given clear-cut tasks. Managers must not try to take decisions all on their own. Follow-through needs to be monitored so that the implementation of the solution is effective.

Garvin puts forward a fascinating case study: that of financial powerhouse Salomon Brothers, where iconic investor Warren Buffett by sheer dint of his managerial and crisis management prowess, successfully restored both the credibility and business of the firm he led as chairman after a crisis broke out following the discovery of unauthorised US treasury bids in 1990-1991. Once Buffett took charge of the firm, he moved swiftly on several fronts to prevent the crisis from blowing out of proportion.

The top management that allowed the lapses to take place was swiftly replaced and a new team installed in its place. In fact, the firm publicly distanced itself from the wrongdoers. The key focus for Buffett was for Salomon, one of the most admired financial institutions on Wall Street, to ‘earn back its integrity’. Buffett was seen as addressing the problems. When facing both internal and external constituencies like employees and media, Buffett reacted with total candour. He told employees to get on with business but play straight —what he referred to in tennis jargon as ‘the centre of the court’ rather than depend on unnecessary ‘close-to-the-line acrobatics’. The message was: go for aggressive business, but be ethical. And, on his part, he as chairman would focus on cleaning up the problems of the past. Engaging with the regulator at all times, he opened up Salomon’s books completely for scrutiny, in a manner that made the firm almost an equal partner in the investigations. A combination of all these steps soon saw the iconic firm getting back on its feet.
Buffett’s actions also underscored what Garvin says is another thumb rule: promoting transparency in times of crisis and communicating actively with both internal and external stakeholders.

After news broke of the Satyam fraud, a few of the country’s most respected business leaders got together, on invitation from the government, to effect what will surely go down as one of the most smoothly executed crisis management exercises. The new Satyam board was transparent and demonstrated a visible resolve to get to the root of the problem. Employees were encouraged to continue with their business and bring the Satyam brand back to its earlier glory. All the while, investigations by law enforcement agencies continued, and the perpetrators of the fraud were dealt with firmly. The result: Satyam is now back to health and under a new owner.  The first clear signs, perhaps, of the maturing of Indian business.

(These are the author’s personal views. He can be reached at majumdar.sourav@gmail.com)