Priced Out • Mobbed by a Bevy of Wannabes 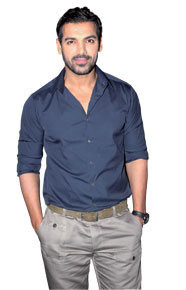 The drama surrounding Lootera director Vikramaditya Motwane’s ambitious vigilante movie Bhavesh Joshi has finally culminated in the film being permanently shelved. First, Imran Khan was attached to star; then the actor was dropped after his career went downhill following a string of flops. Ek Villain’s Sidharth Malhotra replaced Imran subsequently, but now it appears that the film will not be made.

According to industry insiders, it was Motwane himself who decided that the film was no longer relevant. Reportedly the story of a young man filled with frustration over a corrupt and bureaucratic system, Motwane felt the film accurately reflected the youth’s cynical attitude until a few years ago. “But with the promise of ‘achche din’ and the new wave of hope that the new Government brought with it, the general mood has changed,” a source explains, citing the director’s reason for abandoning the project. The source adds that it’s not just the changed political scenario that made the film feel dated. A key portion in the film reportedly illustrated the red tape involved in obtaining a passport. “But ever since the functioning of the passport office was privatised, you can get [one] in seven days.” One of Motwane’s partners at Phantom Productions is believed to have cattily remarked that Motwane ought to put the film on the backburner instead of shelving it completely, given how fast the tide tends to turn when it comes to politics.

John Abraham reportedly got paid Rs 15 crore recently to star in Hera Pheri 3, which his Welcome Back producer Firoz Nadiadwala is currently making. Studio bosses, however, have balked at the actor’s ‘ridiculous’ asking price, insisting that he doesn’t guarantee an opening commensurate with that salary. Yet, sources in the film trade say that John is fast emerging the go-to- guy for producers without studio deals who’re willing to cough up a fat fee so they can put a film into production.

It’s a tricky road to go down—signing films that don’t have a studio attached, and therefore no release strategy in place. But John has at least two such films more or less ready and completed. Neither Welcome Back nor Rocky Handsome have a release in sight, allegedly because no studio is willing to pick up these projects at those high sums. Word on the street is that Nadiadwala announced Hera Pheri 3 recently with the hope of raising money to complete and release Welcome Back, and then invest the returns from that movie in completing Hera Phera 3. His Force producer Vipul Shah has also been talking about a sequel to that film, although that project is also unattached to a studio. One studio head explains that he’d be willing to pay John as much as Rs 3 crore for an action film, “but anything more is out of question in this market”.

Mobbed by a Bevy of Wannabes

With booze flowing freely and a steady stream of PYTs floating in and out of the premises, some of Bollywood’s most prominent filmwalas were predictably in high spirits last Saturday night at a party thrown by a leading entertainment channel in Mumbai.

The star of the evening was unquestionably a hot young male actor who reportedly had to fob off attention from the seemingly never-ending stream of starlets who begged for selfies and hugs, and somehow made their way into the cordoned off VIP area where the big-name celebs had huddled. The young actor, who has another movie lined up for release shortly, is one of Bollywood’s most promising up-and-comers, and is apparently in a committed relationship with a childhood sweetheart. Nobody could tell for sure if the actor left the party with one of the many ladies who were unabashedly throwing themselves at him all evening. It wasn’t just the stars who were being mobbed, though. At least two male directors, both currently going through divorces, found themselves being openly wooed by the half-dozen or so beauty pageant contestants and assorted wannabe actresses. An eyewitness reveals that the men didn’t even have to try—“They only had to pick which one they wanted to leave with.” And turns out they did.

One source describes the party as “Vegas-like debauchery” with just the right number of B-rung starlets sprinkled. A married female model and item girl who showed up solo and kept mostly to herself all evening became the subject of much gossip when other guests in the exclusive section complained about her body odour.