Will there ever be another star like SRK, selling aspiration to middle-class India? 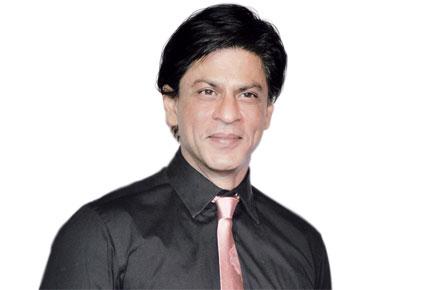 Will there ever be another star like SRK, selling aspiration to middle-class India?

Actor Shah Rukh Khan is blessed with a fine sense of humour—mainly if it is directed at others. He’s also good at poking fun at himself. This was a quality rarely seen among Bollywood stars in the 90s. It’s quite common now. But usually, when others make fun of SRK to his face, he looks rather self-conscious. You can notice this in his interview with a fake Arnab Goswami on a YouTube video that went viral recently. The fact that he even chose to appear on Qtiyapa’s ‘Barely Speaking with Arnub’ made Arnub (with a ‘u’) rightly call SRK the ‘national sport of India’. It’s not something a mainstream movie star will readily risk. Although true for most mortals, forget super- stars surrounded by yesmen, SRK is also not exactly great with taking criticism. I experienced this personally in 2004. Responding to a review of his film Main Hoon Na in Mid-Day, SRK had decided not just to pull back the film’s ads from the paper, he also vowed never to speak to it again. A year-and-a-half later, I, who had written that review, and my editor, who had placed it on the front page, were both working with Mumbai Mirror. SRK had granted me an interview. He was still not speaking to Mid-Day, which was really the paper’s loss.

Quick-witted and uncannily sharp, SRK is as much an interviewer’s as a stage audience’s delight. During the conversation, one thing he said he could genuinely take credit for wasn’t expanding the ‘overseas’ (or NRI) territory for Hindi films, but bringing educated people into Bollywood’s audience. This claim is hard to verify. Yet, of the three Khans—Salman and Aamir being the other two who were also born the same year (1965) and have ruled Bollywood since the early 90s—SRK is the one who best represents the great Indian middle-class dream. Salman is still the frontbencher’s film star. Linking his larger-than-life persona to Rajinikanth’s, he’s probably elongated his career by a decade or so. Aamir is the Indian film buff’s hero No 1. People look forward to his films rather than just his presence. SRK as the romantic hero, Rahul, had cornered the female imagination with a wonderful fantasy of ‘one life and one love’. For the most part, though, SRK, the ‘convent-educated’, hardworking family man from Delhi who hit the big time in cinema and built himself a bungalow by the sea stood for the ultimate, aspirational middle-class story of his own. Materialism defined most of his pictures and his personality. He became a natural ally of those marketing a post-liberalised India.

SRK once spoke about having to leave a package behind with the security guard of a building because his friend wasn’t home. Although a movie star by then, he was surprised to notice that the security guard didn’t recognise him. It almost sounded like the actor had failed some exam. Over the past two decades, no Indian actor has worked quite as relentlessly and unabashedly on self promotion. His core job has been to sell himself. Selling everything else—face whiteners to film tickets—has automatically followed. The quality of those products is immaterial. SRK is the main product anyway. The BJP’s General Election campaign of 2014, in that sense, appeared borrowed from Bollywood, where Narendra Modi, a rank outsider to many parts of India, including New Delhi, was untiringly placed in the collective imagination as a bona fide national hero. The muscular campaign was designed to rubbish the notion that there is any such thing as an overkill. Round the clock, for days on end, it was impossible to escape Mr Modi on TV, radio, comic books, hoardings, bus-stops, social media or mainstream print. People were justly swayed by the message—that message being the man himself. This sort of one-man canvassing isn’t vastly different from how SRK promotes his home productions. The marketing blitzkrieg for his film Ra.One began on 1 January 2011, and continued until its release on 24 October that year, by when many believed the film had already come and gone. Likewise with this year’s Diwali release, Happy New Year, he has certainly clocked over 100 hours of uninterrupted airtime on TV for a film that’s three hours long. The drill is the same: ensemble cast takes a back seat; SRK towers over the audience like a demi-god, or King Khan; everyone listens in rapt attention. Then the film is forgotten. No one’s seen it anyway. Nostalgia takes over.

SRK’s younger contemporaries may not benefit much from this level of idol worship. At least in movies, I guess the middle-class now considers actors as equals or professionals rather than stars from another sky. This is why even Ranbir, let alone Ranveer, Arjun, Sidharth, Varun, Sushant, Emraan or Imran, have to experiment with their roles rather than rely on image alone. Could SRK then be the last of the middle-class movie monarchs? I suppose or hope so.