Countless trophies, flashy star performances and too many silly jokes. Yet, not one credible award function 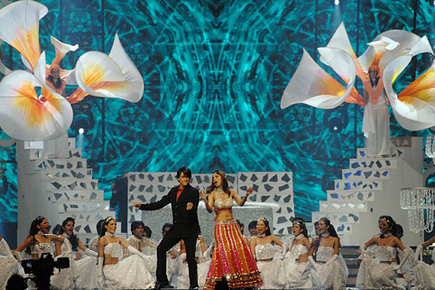 Countless trophies, flashy star performances and too many silly jokes. Yet, not one credible award function


Between January and June this year, approximately 175 awards will be given for excellence in Hindi cinema.  Spread over four or five major ceremonies, these awards celebrate every aspect of film from costume design to direction.  There will be many star-studded evenings, thank  you speeches, extravagant performances and highly profitable transactions between performers, organisers and television companies.  There will be fun, bonding and after-parties.  What will be lacking is  credibility, transparency, seriousness of purpose and box office impact.

According to Randy Nelson, a professor of economics at Colby College  and co-author of the 2001 paper, What’s an Oscar Worth?, the average benefit for a best picture winner is $17 million in ticket sales.  Smaller movies benefit more.  So Million Dollar Baby earned $8.3  million before and $92 million after winning a best picture nomination.  The biggest Oscar bump?  Slumdog Millionaire, which went  up by $97 million. In comparison, the various Bollywood awards have next to nil impact on the box office or winner’s standing and ability to command better projects.  An Oscar-nominated actor has that honour prefixed to his name forever.  Here, by mid-year, all the award functions blur into one long night of lame jokes, high-glam songs and the usual gossip and controversies.  Our six month-long awards season doesn’t carry a fraction of the weight that one Oscar night does.  Consider ours awards-lite.

Hindi film awards have been around for 57 years—the first Filmfare ceremony was held in 1954.  Five decades later, the number of award  functions has multiplied; the shows have become spectacular; the  monies are extravagant. But the point of the exercise is to create an eyeball-grabbing, TRP-generating, television programme. Excellence in cinema is an after-thought. The Oscars are also a television show—in fact the Academy’s decision to double the best picture nominees  from five to 10 in 2009 was seen as a direct response to falling television viewership.  But despite the race for ratings, politics and  dirty campaigning tactics, the Oscars continue to be the world’s  premier cinema awards.  This is because the selection of winners has largely been above board. A studio can run multi-million dollar campaigns for the Oscars, but it is virtually impossible to manipulate the 6,000-odd members of the Academy and buy a win.

In Mumbai, the widespread belief is that if a star dances at an award function or even shows up, he or she will take home a statue. Bewildering new categories are added every year so that no one who is anyone goes home disappointed.   Aamir Khan stopped attending award  ceremonies around 1996, but the other two Khans—Salman and Shah Rukh —are so critical for TRPs that no function is complete without them. At the 17th Annual Star Screen Awards (the first event of 2011), both of them performed and took home best actor prizes—Salman for best  actor and Shah Rukh for best actor popular choice. What is the difference? I couldn’t tell you.

Why can’t a film industry with a reported global audience of 3.6  billion have a single credible award function?  Mostly, I think, because the status quo suits everyone: the stars make money and have  their egos massaged; the organisers make money and get brand equity; the television channels make money and find viewers (in 2010, the Filmfare Awards telecast got a 2.1 TVR, the highest rated show that  week for the channel), and the viewers find entertainment.  But surely, the industry and all of us who love Bollywood should demand more.  Can’t the celebration of our films have a little more grace and gravitas?

Two weeks ago, journalists and bloggers on Twitter started the TwiFi Awards or Tweeple Film Awards, which promise to be democratic, credible and transparent.  I hope something comes of it, because Bollywood deserves better.