Good sex isn’t about what you do, it’s about how it makes you feel 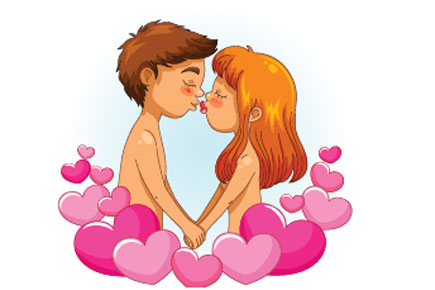 Good sex isn’t about what you do, it’s about how it makes you feel

Last week, the best friend asked me what good sex was. A very reasonable question, considering she’s been on the listening-and-going-purple-in-the-face end of my more unprintable escapades. I’m supposed to be her go-to person for existential questions of the prurient, libidinous and licentious kind. But the thing is, I don’t know. There, I said it. I know what good sex means for me, but unless I’ve slept with you, I don’t, and can’t, know what it means for you. And anyone who tells you otherwise is lying through his or her teeth.

Many years ago, the answer to ‘What’s good sex?’ would have been a no-brainer. My younger and supremely confident self had the recipe down pat. It read something like:

What was the foundation of my unassailable confidence? The fact that almost all literature on the subject agreed on more or less the same definition of good sex. And as long as I was meticulously checking things off a pre-approved list, I must be winning at the good sex sweepstakes.

I adopted this approach when I was 19 and the boyfriend and I decided it was time to take things to the next level. It was the fag end of winter and we had a private beach in Goa at our disposal. There were moonlit walks followed by skinny dipping in the ocean. It was all very Nora Roberts meets Kama Sutra. What more can a girl want?

The first time we did it, it was awkward, painful and massively disappointing. But that’s knowledge I acquired in retrospect. At that time I thought it was freaking awesome!

I’d loaded myself with so much information on what to say, how to move and, most importantly, How To Pleasure My Man, that there was no way on earth I was going to have bad sex. In all fairness, the magazines had warned me that the first time was nothing like my romance novels made it out to be, but I was having none of that. If I was going to do it, it had better be good. The aching limbs and locked jaw were a secret wild horses couldn’t have dragged out of me.

As time passed, good sex stopped being enough. I now had to have spectacular, toe-curling, awe-inspiring sex to feel adequate. Sex had become a game of Super Mario Bros—unlocking the bonus level was yesterday’s thing, it was imperative that I save the princess now.

At 21, I had a fling that made me realise the stupidity of my approach. He was a textbook lover—every move was practised, rehearsed and seemed to have come straight out of a manual. He said all the right things and made all the right noises, but somehow, for some reason, he wasn’t completely there. We ended up watching a movie instead. That was the day I realised that good sex isn’t about what you do; it’s about how it makes you feel.

A few months ago, I befriended a popular porn actress. In one of her more unguarded moments she admitted that good sex for her rarely ever involved penetration, instead, relying heavily on oral sex and other forms of touch. Another friend told me last week that it took her many instances of painful carpet-burn level of friction to finally work up the nerve to ask her boyfriend to invest in an industrial-strength lubricant. Once she gave up on the notion that a turned on vagina meant a vagina that operated like a well-oiled machine of heaving wetness, she actually started enjoying her sex life. Then there are those, like the boy, who have a constantly- shifting definition of good sex. For him, some days it means going at it so many times that I have to kick him out of bed and lock the door to be able to get some sleep. Other days, he’s all about touch and talk—no penetration. Sometimes, the sex is so quiet, I feel like I’ll be able to hear his thoughts if I listen hard enough. Sometimes, it is so loud, it blanks out the entire outside world.

And maybe a good lubricant, once in a while.