Ajay’s Golmaal with Hrithik • The Stalker • Award Quotas: All About Quid Pro Quo 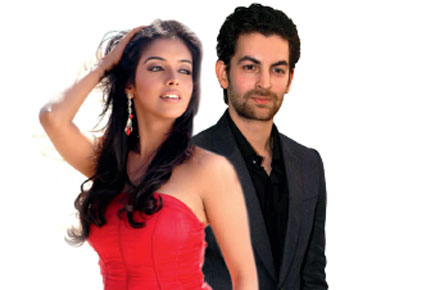 Ajay’s Golmaal with Hrithik • The Stalker • Award Quotas: All About Quid Pro Quo


Sanjay Dutt may have given Ajay Devgn a whopping dud in Rascals last year, but Devgn is clearly not holding that against his friend. The Singham star has been singing Dutt’s praises to anyone who’s willing to listen, openly insisting that it’s Dutt and not Hrithik Roshan who’s responsible for the success of Agneepath.

At a party thrown by Dutt after the Filmfare Awards on Sunday at the nightclub Aurus in Mumbai (scene of the now infamous scrap between Shah Rukh Khan and director Shirish Kunder), Devgn was heard repeating over and over again that it was Kancha Cheena (the character Dutt plays in Agneepath) and not Vijay Dinanath Chauhan (Hrithik’s character) who towered over the other players in the superhit film.

It’s no secret that Devgn had been goading Dutt on to give his all to the movie through the filming of Agneepath in Diu. In the weeks leading up to the film’s release, the actor is also believed to have predicted that Dutt would be the lion to Hrithik’s mouse when the audience got a chance to compare both actors’ performances. But when that didn’t happen— the industry and film trade has credited Hrithik with delivering the historic Rs 22 crore opening-day collections—Devgn reportedly began taking potshots at Hrithik.

For one, eye-witnesses at the Sunday night party claim that Devgn had been rubbishing Hrithik’s recent claims that he’d put on over 15 kg recently (which he subsequently lost) when he was laid up in bed following a back injury. Devgn allegedly also suggested that a photograph that appeared in a morning paper a few weeks ago—of Hrithik during his recent ‘fat period’— was fake, and had been digitally doctored for the purpose of creating a juicy story.

Understandably, industry insiders have been wondering what bone it is exactly that Devgn has to pick against Hrithik, given that he’s a senior and successful star who himself delivered a Rs 100 crore hit in Singham last year.

Neil Nitin Mukesh and Asin— who never even admitted they were going out—split up recently. The couple had been dating discreetly, say industry sources, but it just didn’t work out.

Now, an actress who knows Neil well and who worked with him recently, reveals that Neil hasn’t taken the break-up too well. He’s believed to be badgering Asin to give him another chance, but the actress has reportedly decided it’s time to move on.

In my source’s words, Asin is a little perturbed by the way her ex has been ‘stalking’ her.

You’d think the classy ones would be above pettiness, but no. Turns out one of Bollywood’s most cultured male stars, an actor of impeccable pedigree, made it very clear to the editorial team of a Bollywood film publication that there was no way he’d show up for their awards ceremony if he wasn’t nominated for an award.

Problem is, the actor had only been in one film last year, and not only was the film a pretentious and boring flop, but his own performance in it hadn’t exactly won him any raves. Still, the team decided they needed as many stars to attend the show as they possibly could, and apparently decided that giving this gentleman a nomination was a reasonable price to pay for his attendance.

As agreed, he made it to the list of nominees. Weeks later, just hours before the big awards show in fact, when representatives from the publication called the star to ensure he was going to turn up and on time, he sprung another unpleasant surprise. He informed them he wasn’t going to attend, as his girlfriend hadn’t been nominated.

The lady in question, a major star herself, had been in more than one hit film last year, but nothing that merited an award or so much as a nomination even. The organisers of the show had taken her attendance for granted, as she regularly accompanies her boyfriend to public events.

In the end, the actor didn’t show up. Neither did his girlfriend, naturally. The organisers felt like idiots. Not only because he hadn’t kept his end of the deal, but because they’d decided to give him the award too. He was the only significant A-lister in that category, and it made sense to get him up on stage. But by the time he informed them he wasn’t coming, it was too late to pick another winner. They had to settle for a no-show when his name was announced. That, and the criticism for giving an award to an actor whose performance clearly didn’t deserve one.