After the Near Farce

Barkha Dutt had asked Open some questions about the X-Tapes story. Here are the answers. 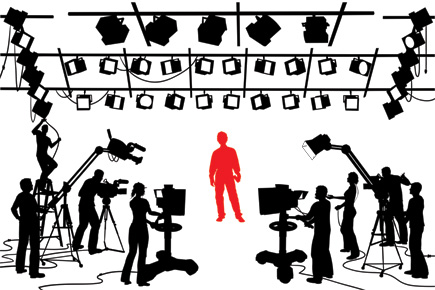 Barkha Dutt had asked Open some questions about the X-Tapes story. Here are the answers.


Barkha Dutt had asked Open some questions about the X-Tapes story. Here are the answers.

Everything that Barkha Dutt says can be cut by 750 words. Last Tuesday, I thought the figure was higher as I sat among three other editors and listened to her answer questions from us. I was there because NDTV had invited me to join the festivity of Dutt defending herself against the allegations that followed Open’s X-Tapes story. They were good hosts but for minor issues like the fact that the back of my chair reclined 180 degrees, the volume of my microphone was low, and every time I spoke I always heard a familiar woman’s voice. In her filibuster, Dutt raised some questions I did not answer because I wanted her to first answer me in a way that was not farcical. (She even offered me a free lesson in political journalism, which I declined).

She kept asking whether it was good journalistic practice to carry ‘raw material’ like telephone transcripts. The answer is yes. Also, as a celebrated television journalist pointed out to me after the show, NDTV is very enthusiastically covering the Wikileaks story. So, why the pretence of moral outrage against the Radia tapes coverage? In unedited transcripts (whose authenticity she does not dispute), there is no editorial bias. These are the conversations that took place, and people can read or hear them as they happened. Dutt says that the transcripts painted a wrong picture of her because she was only lying to her source, she did not keep most of the promises she made to Radia, and so she was not always a courier of information between a corporate lobbyist and the Congress. But here it is important to note that this is merely Dutt’s claim. There is at least one recording in which Radia clearly mentions that Dutt has made some calls to the Congress. Dutt and Radia can then claim that the other is lying. That such a dispute can occur is not reason enough to treat authentic transcripts as unworthy of print. I believe that there are times when journalism need not be a process of telling the whole truth; instead it can become a way of finding extraordinary devices to tell a fragment of the truth. It is indisputable that the people of India came to know of some startling facts because of the publication of the transcripts. It was a story that people like Dutt did not tell their viewers and readers, and would have never told. But as they are forced to clarify themselves to clear their own names, information gathers more mass, more truths emerge. Yes, it is good journalism.

Also, as civil liberties lawyer Prashant Bhushan told me, it is not only the media’s right to carry the transcripts, “but also its duty”. He says that even an ordinary citizen of India, once he or she comes to know that such recordings lie with the Government, can file a petition under the Right to Information Act and thus attempt to bring them into the public domain.

Dutt frequently asked why we did not seek her response before running the story. I had answered this on Karan Thapar’s show where she refused to appear. It was a sensitive story, and if word of the story had got out, there would have been complications. Also, we knew that Dutt and Vir Sanghvi, and everybody else involved, had much more powerful platforms than Open to make their case, which they have done very poorly.
At one point on the show, Dutt implied that there was probably a motive behind Open’s decision to carry a story of this nature. She somehow finds it hard to accept that a bunch of people, tired of the big media’s compromised position, seeking refuge in a magazine that promises freedom, would have only one motive: to do the type of journalism that made us want to become journalists. A day after the show, she tweeted, ‘Manu Joseph claims my source was the “real” story. What if his source who has leaked selective tapes is the “real” story?! He didn’t answer.’

I do not know the person or organisation that has leaked the recordings, nor do I know the motive behind the leak. If Dutt is implying that I know and am hiding the fact, it is plainly laughable.

Among the many tactical guffaws of Dutt while I was speaking, one came when the moderator (yes, there was one) asked me if I considered the possibility that there was someone’s motive behind the leaking of the recordings and that by publishing the transcripts Open was taking this person’s motive to its desired end. I said that there are times when journalism can legitimately take advantage of someone’s motive (her guffaw surfaced around this time). In fact, most of journalism, including the access-journalism of Dutt, which she interprets as political journalism, is possible only because someone has a reason to provide information. As long as the information is authentic, a journalist has every right to use the material. When NDTV’s reporters go to treacherous war zones under the protection of the Indian Army, surely they know that the Indian Army has a motive in taking good care of them.