A World without Omens 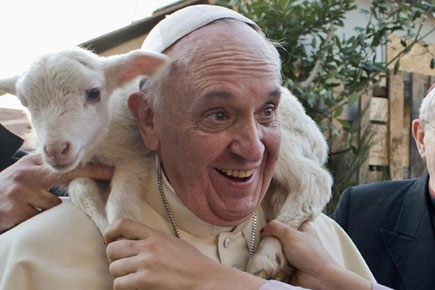 In the opening pages of I, Claudius, the delightful fictional autobiography of the Roman emperor Claudius written by Robert Graves in 1934, there is an augury. At the age of eight, Claudius goes on a holiday to his aunt’s house near the coast of Antium. One cool evening, they are walking in a vineyard when suddenly there is ‘a great screeching’ above. Eagles are fighting over something and as the children put their hands out to collect the feathers floating down, into Claudius’ hands falls a wolf cub. A member of the College of Augurs is with them and his mother asks the old man what it means. He says that Claudius will be emperor one day, and despite the odds— he is lame, weak and a supposed nitwit— he survives the reigns of murderous and insane family members for the prediction to come true.

It was an age when people took omens seriously and that is how mankind has related to nature for most of its existence— living in connected enchantment, where actions of beast and bird and the movements of leaves and whispers of the wind are messages, their air filled with magic guiding the course of fate and the coming about of good negotiated by rites and bad fended off by the warnings of diviners.

Contrast this with how the world has reacted to the astonishing occurrence last Sunday at the very home of the Pope in Vatican City. This is what happened: from a window of his palace, two children who stood by the Pope released two white doves, and as soon as they flew out, a crow and a seagull came swooping in and attacked them, leaving a scattering of white feathers swirling. One dove survived; the other may not have.

If God wants to send a message, this is as good as it gets, but, alas, only the very fringe believe it portends anything. The supernatural is not recognised, even when it acts on God’s representative on earth.

This is just as well. Otherwise, if you look at this incident through the prism of faith, it is a little problematic for the Pope. If God does not protect the doves released from his window, then God has a deeper plan or he has an issue with the Pope.

The third explanation is that God has a problem with Ukrainians, because just before the release of the doves, the Pope said a small prayer for Ukraine, which is teetering with civil unrest. As one headline by a Russian media outlet cleverly put it: ‘Ill omen? Pope’s doves of peace for Ukraine attacked by angry birds’. The report quoted the Pope as saying, “I am close to Ukraine in prayer, in particular to those who have lost their lives in recent days, and to their families.”

In an earlier age, we would have presumed that the answer to the prayer was that help wouldn’t be forthcoming. That is why the Pope is fortunate no one believes in omens. And he is doubly fortunate that despite the rational sense of humans so fine-tuned by science now, the idea of the Pope itself continues to survive.

As it turns out, Ukrainians are not at fault. Last year, too, the previous Pope released a dove and it was attacked by a seagull. The reason that doves are attacked, according to a National Geographic article by Mel White, is that they are white. ‘Thousands of pigeons (relatives of doves) live in Rome… Many other species of birds live in Rome as well, but none are pure white. So if you’re an aggressive, badass bird (as gulls and crows tend to be), what’s going to draw your attention? The pure-white bird. What’s going to be the target of your aggression? The pure-white bird,’ the report explained. And to make the whole episode even more this-worldly, animal rights activists exhorted the Vatican to stop the practice of releasing doves because they can’t survive in the world outside. The alternative would presumably be for them to remain caged throughout their dove lives. What should they pray for? God only knows.