A Tale of Two Rape Cases 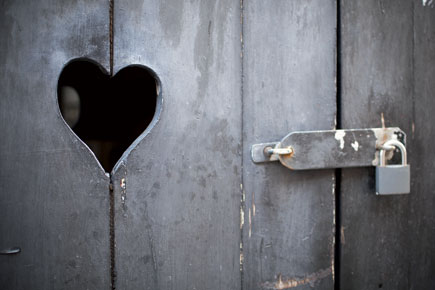 Over two days this month, two rapists in Delhi were sentenced to seven years in prison each by lower courts. On 12 December, NDTV.com’s headline for an article on the first case was ‘Youth gets 7 years jail for kidnapping, raping 13-year-old girl’. In the sentence, the judge noted, ‘The convict [Chauhan] not only cheated upon his own wife, but also spoilt the life of a minor innocent girl aged about 13 years to satisfy his lust.’

We learnt that she had left for the market where she met her former neighbour and went with him after he offered to marry her. The man ‘performed a “sham marriage ceremony” with the girl at a temple and created an illusion in her mind that they were married and under the garb of consensual sexual relationship, he raped her for 12 days.’ After she returned home, her father filed a police complaint.

On the second case, the Zee News website carried a report with the headline, ‘MBA student sent to jail for 7 years for raping live-in partner’. It began: ‘An MBA student convicted of raping his live-in partner several times after promising to marry her was on Friday sentenced to seven years in jail by a Delhi court’. The girl had got pregnant. The man had refused to marry her, because his parents wouldn’t accept it. And she had had to abort the child.

The judge noted: ‘In our society, when a woman enters into this kind of relationship, she has in her mind only a marriage in future. However, when such relationship ends abruptly, it means a lot to the woman… The intention of the accused, right from the beginning, was never honest and he kept on promising her that he would marry her.’

You would notice similarities between the two cases, but there is also a distinction that throws open disturbing questions about justice. But we must start with the caveat that media reports, especially when it comes to court judgments, don’t give us all the nuances of a case, quoting selectively from the ruling to crunch it into a few hundred word-long news report. But let us assume that the facts are as reported.

In both cases, consent was undeniably given. There was no force or violence as far as we can tell. There was an element of cheating, since the women were lied to or promised marriage in order to have sex.

No one can argue that the first case was not rape, because the girl was 13 years old, an age at which the law does not recognise her as having the mental maturity to give consent. Society puts the onus on the adult man to know that, and if he still has sex with a minor, all civilised nations in the world deem it rape. The consent, even if given, is not valid because she is a minor.

But if you accept that principle, how can you find the accused in the second case guilty of rape? The woman who had consensual sex with the accused over months was an adult. She was of an age at which she presumably understood the implications of her consent. That she chose to trust him was an error of judgment on her part. He is a cheat, but is he a rapist?

To invert the convention would be to say that ‘because you had sex, it is now obligatory you get married’. And if the man shirks, a seven-year jail sentence might be waiting for him. If this is acceptable, any man in India in a live-in relationship has only two options—either get married or be a ‘rapist’ in retrospect.