A Soft Spot for Kareena 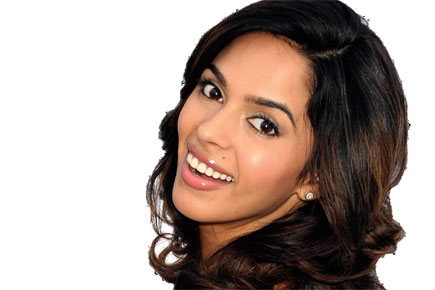 
Every significant actress in Bollywood is supposedly vying for the female lead opposite Shah Rukh Khan in Golmaal director Rohit Shetty’s next film, Chennai Express. But the buzz is that the film could fall into Kareena Kapoor’s lap.

Only a few months ago, Shetty had given an interview blasting Kareena, Deepika Padukone and Asin, each of whom, he alleged, had been circulating stories in the press and trade that they had been signed on by him for the film. Shetty had said at the time that he hadn’t approached any actress yet.

There are also rumours that Priyanka Chopra was supposedly lobbying for the part; the actress is believed to have sent birthday greetings to the director out of the blue. Shetty has been no fan of Priyanka since the time she reportedly turned down a film offer he’d made her before he became the blockbuster filmmaker he is today.

Although one hears Deepika Padukone has sent repeated feelers to her Om Shanti Om co-star expressing her keenness to work with him again, Shetty’s friends are saying the director has a soft spot for Kareena, who he’s directed in two films already.

It’s funny how Aishwarya Rai, Sonam Kapoor and Freida Pinto are all L’Oreal ambassadors attending Cannes, but the three ladies never come face-to-face, or gown-to-gown, while walking the red carpet at festival screenings. Very wisely, the French brand books the three ladies for entirely different events during the festival, making sure they don’t bump into each other on the steps of the Grand Palais.

This year, Freida Pinto showed up on opening night, which had until now been marked as Aishwarya’s territory. Sonam Kapoor will step up for the closing ceremony, while Ash herself will represent the cosmetics brand at the ‘amfAR gala’, a Cinema Against Aids event that Mallika Sherawat will also attend.

The Hiss star, who walked the carpet for the Madagascar 3 premiere last week, surprisingly jumped to Aishwarya’s defence in Cannes when media folk sniggered that the new mum is looking ‘too big’ to fit into a gown these days. Mallika booed the naysayers insisting that Ash had just had a baby and it was unfair to go on and on about her weight.

On the red carpet for the animated film, Mallika herself was wearing an understated nude-coloured dress that was slit all the way down to just above her tailbone (read: derriere). She said she literally had to be sewn into the gown that was created for her by a top French designer. The actress was spotted in Cannes with her brother Vikram Lamba and Mumbai millionaire Dr Cyrus Poonawalla, who is reportedly a close friend of the actress. Ahem.

A Scene with Her Director and Co-star

It’s got to be awkward for this heroine, who’s apparently having a scene with both her co-star and her director. The filmmaker’s near obsession with the actress is no secret in Bollywood, and neither is her married co-star’s reputation for fooling around.

Guests at a leading female director’s housewarming party last year claim they noticed the actress’ uninhibited body language with the actor, and came away swearing they sensed sexual tension in the air. On the other hand, there are incessant rumours that the actress is spending way too much time at the director’s suburban pad.

Not one to get serious about his flings, the actor has reportedly moved on now, but the leading lady’s ‘friendship’ with the director is showing no signs of slowing down.

An industry source says the actress is known to go quiet and become inaccessible when she’s spending time with the filmmaker, and on more occasions than one, her family (who do not stay in Mumbai) had to call her friends or her staff to track her down because she wouldn’t return calls and messages.