A Licence to Enter Politics

If Manish Tewari wants licences for journalists, then why not for politicians? 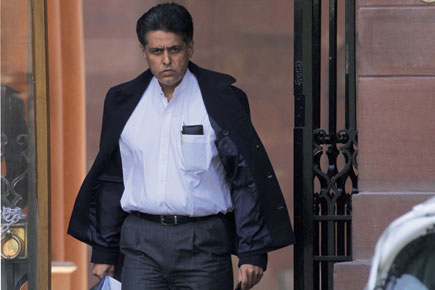 If Manish Tewari wants licences for journalists, then why not for politicians?


No one likes to take an exam, especially those who don’t have a very good record at it. Most journalists come under this category. You might have the odd IIT-IIM pass-out in the profession, but by and large this is a fraternity that will be nowhere near cracking a CAT or even the preliminary of an IAS exam. We are an average IQ breed. It is no wonder, therefore, that there are zero takers among journalists for Information and Broadcasting Minister Manish Tewari’s amusing suggestion that there should be an examination for people to enter the profession. And that we must hold a licence to write.

The most obvious retort to Tewari is that journalists will do what he suggests the day he has to take an exam to become a politician. We would all like to see an answer sheet on which a Sadhu Yadav will write an essay on any of these three subjects: a) good governance without rape; b) the importance of brothers-in-law in politics; c) how to get elected for three terms by the same people whose sense of law and order you destroy daily. Politicians can decide the fate of billions of people without an exam and licence, but if Tewari were to call for these measures for his brethren, members from both sides of the Well of the House would, for once, be united in their laughing fit.

The exam and licence for journalists is couched as a measure for the benefit of the profession. It comes on the back of the Press Council of India Chairman, Markandey Katju, floating a similar proposal some months ago. Both are symbolic of our great faith in question papers despite overwhelming evidence that it is possibly the worst way to create an institution. IAS and IPS officers, the frame that rules India, are selected on the basis of one exam and what it churns out is an effete, morally compromised, characterless group. People with high IQ and a good memory can clear these exams but it guarantees nothing in terms of either integrity, efficiency or common sense. Both Katju and Tewari were lawyers and it is probably the Bar Council exam that they have as a model. Which makes what they propose even more ridiculous if you consider the state of the legal profession in India. The standardisation it has created is in the art of perpetually delaying a case, bribery as a legal strategy and the fleecing of clients.

It is unclear who exactly Tewari and Katju want to filter out among journalists when they say that there should be a minimum qualification. Almost every new entrant in mainstream English media has a journalism degree. Do they want to sanitise vernacular journalism? It is true that many of those news channels are more entertainment than news. But then, what English editors and anchors like Arnab Goswami do is just a different form of melodrama and sensationalism.

This is the reason why Tewari and Katju are interested in ‘standardisation’—what the licence provides is the power to revoke it. What the power of revocation provides is control. Despite the rot in journalism, there is no single controlling entity and that is what keeps it thriving. There are so many interests, pulls and pressures—good and bad—that it is something of a salutary free for all. For every two editors sucking up to the Congress for a Rajya Sabha ticket, there will be one wooing the BJP. Journalism is all the things Katju and Tewari say and more—corrupt, biased, sensational, insensitive, malicious, a den of plagiarists—but a licence will be only one more to this list.

India is at a seminal moment in its constitutional history. All of Parliament is coming together to amend the Constitution so that convicted criminals have the right to contest elections. All geniuses in that august House, from Manmohan Singh to Manish Tewari to Arun Jaitley, with the IQ to pass any exam, are holding hands to force this disgrace upon this country. Someone has to point this out without fear of his licence being revoked.