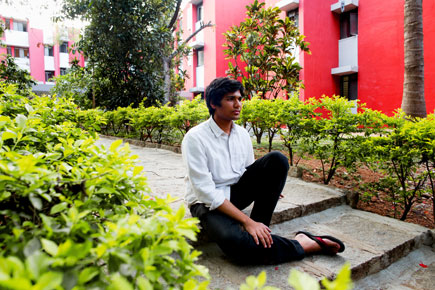 For many of those who have seen Shah Rukh Khan, one of the most influential actors in the Hindi film industry, endorse a skin-lightening product, the world is certainly not a fair place. But they might be heartened to hear that the battle to make beauty beyond the conventionally marketed skin-tone recently received a fillip.

For over two years, ‘Brown and Proud’, a non-profit portal, has been campaigning to get the crayon companies to change one of their colour names from ‘skin’ to ‘peach’. Their aim: to educate the impressionable minds that all skin-tones are equally beautiful, whether or not it is that of a Disney princess. On April 13, in an email communication, the stationery giants ‘Navneet’ informed the group that they will be removing the name for its implied association with the skin-tone from all their subsequent print runs.

The idea was the brainchild of Chirayu Jain, a 21-year-old resident of Bangalore. “Since June 2013, we have been fighting a petition against Hindustan Pencils (the manufacturer of ‘Colorama’ crayons) to get them change the name without success,” said Jain.

Interestingly, the argument by Hindustan Pencils, as mentioned in Jain’s petition before the Karnataka state consumer forum, states that the ‘skin’ colour is not linked to humans in particular; so it might as well be the skin of a cat or a dog. While the case was still being pursued, ‘Brown and Proud’ decided to approach other stationery companies and got their first breakthrough when Navneet obliged to their proposal.

When contacted, Navneet said that when the first batch of crayons was rolled out with the contentious name last year; they had no idea that it could be racially offensive.

“At that time, the intention was for the kids to understand that this can be used as body colour,” said Pramod Bhat, the brand manager of Navneet. From May, he added, one can expect the new batch of crayons on the shelves that will look the same but read a little differently.