A Bulging Wallet • Friends and Lovers • Another Comeback: Via the Gym 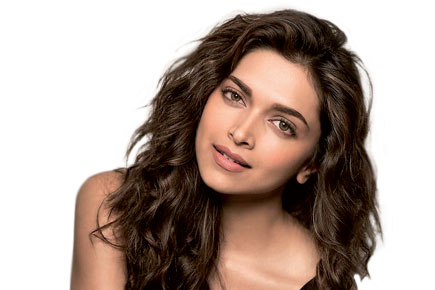 A Bulging Wallet • Friends and Lovers • Another Comeback: Via the Gym


It’s not usually the done thing to demand a salary renegotiation after contracts have been signed and sealed, but Mohit Suri reportedly decided a hike was in order after delivering his second consecutive hit in Aashiqui 2 recently. The story goes that the director, who according to trade sources was committed to helming a project for Balaji Films at a fee of Rs 2.5 crore, asked studio head Ekta Kapoor to bump up his salary in the wake of his latest box-office success.

Apparently, Mohit felt entitled to a raise especially after learning that Ekta had renegotiated her cousin Abhishek Kapoor’s directing fee (for a future project) after Kai Po Che hit bulls-eye at the marquee a few months ago.

But with Ekta holed up in Harvard at the time (where she was attending a nine-week business studies course), exchanges between Mohit’s agents and Balaji were carried out over Skype and long-distance phone calls. While Ekta was not thrilled that Mohit was insinuating he might walk off if his fee wasn’t upped, she couldn’t deny that she had indeed agreed to a sweeter paycheque for Abhishek.

In the end, it is learnt that Mohit landed a new deal that entitles him to a Rs 5.5 crore package for directing the new film that stars Student of the Year newcomer Siddharth Malhotra.

Most guests at Deepika Padukone’s housewarming party—held the same weekend that Yeh Jawaani Hai Deewani opened to blockbuster numbers—were surprised to notice that she had invited two of her exes and her current boyfriend under the same roof, and that there was no apparent awkwardness among the men. Ranbir Kapoor, Siddharth Mallya and Ranveer Singh reportedly mingled comfortably with one another and with the cheery hostess, who was in a particularly good mood because of all the appreciative responses she’d received for her performance in the new film.

Eyewitnesses at the party say Ranbir Kapoor, Arjun Kapoor and Ranveer Singh hung out together for most of the evening. At one point, Ranbir and Arjun apparently yanked off Ranveer’s T-shirt mischievously, who in turn sportingly proceeded to flex his muscles and monkey about to humour the boys. While some guests may have sniggered at Ranveer’s lack of inhibitions, the Band Baaja Baraat star himself appeared to be enjoying the fact that all the attention had shifted to him. If anything, one source insists Deepika looked a tad embarrassed at the spectacle her current boyfriend was making of himself.

Another Comeback: Via the Gym

Her kids now a little older, her husband busy shooting outstation most days, this (more or less retired) actress is apparently itching to get back to work again. For one, she’s hit the treadmill with a vengeance, reveals her personal trainer. Obsessed with losing weight, this 30-something star will try any diet that friends recommend, says her trainer, and never tires of spending time in the gym.

She also recently had a glamorous photo session with a leading Bollywood photographer and her publicists are peddling her ‘fat to fit’ stories to any magazine that’s willing to feature her on its cover. On the career front, insiders say, she’s sent feelers to some top directors who she’d famously shooed away earlier. She’s also making amends with old friends she lost contact with, and is making an effort to attend important events so she doesn’t vanish from public memory. Once hailed as a natural actress, the lady put her movie career on the backburner to start a family, even turning down close filmmaker friends who approached her with their passion projects.