Of Winners and Sportsmen

India is the capital of cricket capitalism 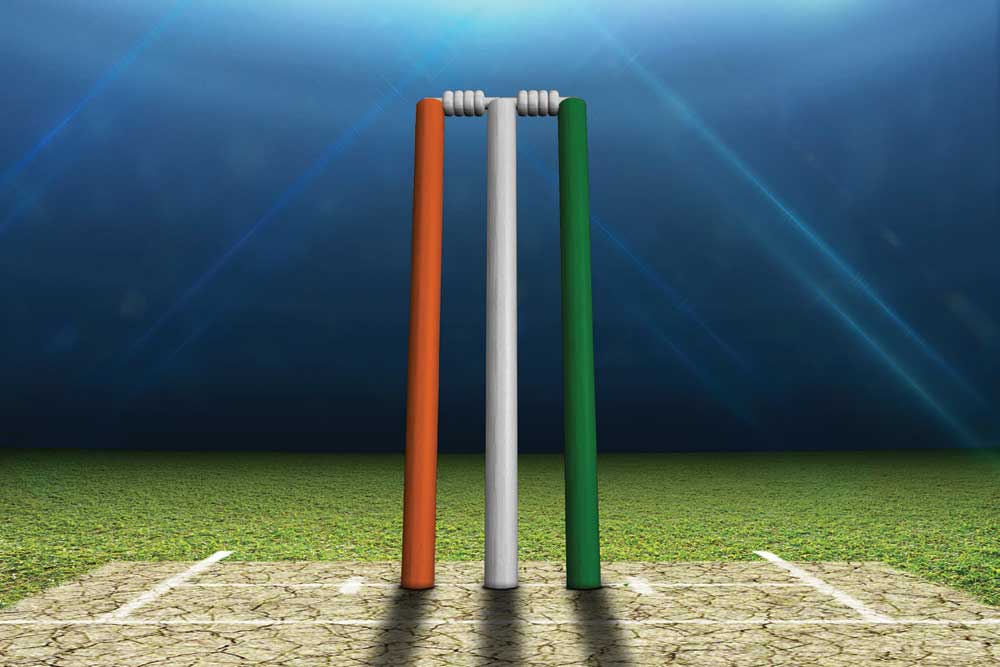 IT IS TRAGIC and heartbreaking to see a fine, radical argument crash and crumble against the cement wall of reality.

This proposal has not been made before. Cricket should become a socialist game. If golf, considered much more elitist in its clientele and its requirement, can be socialist then why not a mass phenomenon like cricket?

This will obviously require some elucidation for the bewildered. Golf evens the disparity of capability through a handicap system, which works on the basis of a ‘numerical measure of potential ability’ tested by an impartial board. Any member of Kolkata’s beautiful Tollygunge Club, with its splendid green, can for instance be competitive against Tiger Woods if given a handicap of say 50 strokes over 19 holes. I am not suggesting that he might actually win against Woods, but at least it’s game- on. Why cannot a new team which has fought against unbelievable odds to enter a World Cup competition be rewarded with a 50-run bonus in a 50-overs match? One hopes it was Karl Marx who suggested ‘from each according to his ability, to each according to his needs’ to create a more level-playing field.

The specific country I had in mind was Afghanistan. This is a team of heroes who have suffered the ravages of war as few nations have experienced. They should get a hardship allowance just for participating. Two of their players were born in this century. Ikram Ali Khil is 18. This does not make him a baby boomer; this makes him a baby survivor. His parents saw the Soviet occupation; then watched, silent, as bitter and bloody civil wars raged between warlords; and finally, exhausted, witnessed the triumph of Taliban. Perhaps his family was getting used to a country without barbers when 9/11 radically altered the world order, and President George Bush incinerated the Taliban government.

Ikram was a toddler during the initial years of American presence; by the time he went to junior school, the Taliban and terrorism were back. Ikram learnt cricket in Balkh; and played in competitions like the Ghazi (or Holy Warrior) Amanullah Khan Regional One Day Tournament. His colleague from Khost, Mujeeb Ur Rahman Zadran, also 18, made his debut at 16 and became the youngest player to take five wickets in a one-day international.

But just as the socialist theory had reached a particularly productive stage in the logic of my thoughts, young Mujeeb appeared on the television screen to open the bowling with some measured spin against Rohit Sharma and KL Rahul on Saturday. Within an hour, socialism had become irrelevant; another hour, and the virtues of capitalism were on full display.

The success of this exceptionally confident and courageous Afghan side is due to two reasons: India, and market forces. India provided exceptional nurture to a close friend, and market forces burnished the talent of these young men, lifting them to the ether of celebrity. IPL of course was the best; but they now play in leagues across the world, as cricket becomes an engine of the entertainment economy from Brisbane to Birmingham via Mumbai.

India has become the capital of cricket capitalism. Sport may be the reason for the hero worship of Virat Kohli, but his market value is a multiple of many other factors. Just to be clear, he deserves every rupee that he makes. Ageing moaners are welcome to rue the fact that once upon a time an Indian Test player got two rupees a day as his allowance, and had to pack in as much free breakfast as he could manage, but history offers no prizes for being born in the wrong era. Let us instead enjoy the collateral benefits of the cricket economy.


Sport may be the reason for the hero worship of Virat Kohli, but his market value is a multiple of many other factors. Just to be clear, he deserves every rupee that he makes

The most interesting fact surely is the discovery that Virat Kohli has become a better ad-actor than Shah Rukh Khan in the cameo space of cultural divergence. Shah Rukh’s dominating screen presence now drowns out the portrayal of ethnic characters who sell education for a net-unicorn; too much Khan, too little Tamilian dad foxed by his child’s new thinking. Kohli, in comparison, disappears quite seamlessly into a Punjab-da-puttar cab driver. If Virat Kohli can lift the Cup and the sales of merchandise, welcome to double-digit growth.

The other benefit is personal. The relentless cacophony of ads during screen cricket helped me discover the existential virtues of a button called ‘mute’ on the remote. One knew vaguely about its existence, but nothing about its therapeutic value.

You switch off the sound when cricket stops, which is too frequently, and everything becomes better, including the ads. Hasn’t anyone told the geniuses of marketing about something called overkill? I don’t know about others, but the only thing I want to buy after weeks of loud and relentless ad artillery is Jameson Music CDs before we all go to Ballantine’s golf resort. Very mistakenly I thought these companies sold alcohol, but now I know better.

Thanks to ‘mute’, my technical expertise has improved, but, paradoxically, my frustration has increased. Why can’t I mute the TV each time an illiterate commentator uses a term like ‘batter’ for batsman. Batter is a verb, batsman is a noun; you can batter someone to death, you can’t batsman anyone into pulp. If cricket loses its language, it loses its identity. When are we going to get technology that permits us to bleep out words and sentences and that horribly unnecessary chatter which some commentators inflict upon you?

The tragedy is that this murder of the English language is taking place in England. I guarantee you that if a similar crime against French were being committed in Paris, the Élysée Palace would have stepped in. Perhaps France cannot do much to prevent variations of French in Mauritius, but it can certainly intervene at home. But where batter and worse is concerned, even British commentators are complicit.

London seems to have become supine. No one responds with a tart put-down, for instance, when some journalists amidst the scattered crowds of media blame the British for their weather. Rain and Britain are synonymous, and have been since Adam and Eve. Every team has to factor that in. Rain, and clouds, and swing and dew are the unpredictable elements that shape the nuances of an outdoor game. It is like complaining about the heat during camel racing in the desert. What did you expect it to be? Iceland?

Think about it. Who in his right mind would invent a summer game that stretched across five days, with a holiday in between, unless it was absolutely certain that rain would interrupt consistently? We still have the five-day Test, albeit without the break.

Aurangzeb: The Emperor of Counter-Reformation