When will greatness be conferred on Rahul Dravid? 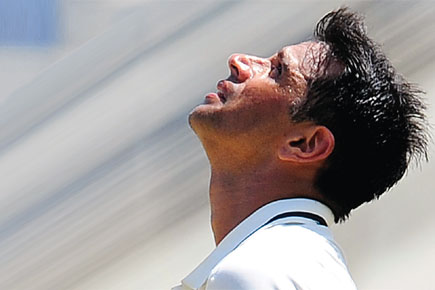 When will greatness be conferred on Rahul Dravid?


Rahul Dravid’s mortality has been emphasised for as long as his greatness has been heralded. From Headingley in 2002 until a few days ago at Lord’s, the explanatory arc of his ca­reer has been less a curve, more an unend­ing complaint; for all that he has done, Dravid has still to get his due.

The cricket writer, more often than not a purist, will inevitably mention the qualities that make Dravid great, but will also acknowledge that the hordes are not entirely taken by these claims. He knows this because stadiums light up for the openers, and the men at numbers four, five and six. But Dravid alone, at three, ventures out to near silence. It is not wor­shipful, but patient; Dravid is an intru­sion in the way the modern Indian game is played.

There are calls that one or the other Dravid innings should finally put an end to this discussion. This should be true, but the discussion continues to chug along, unmindful of the runs he scores, the games he saves, the time he spends, the overs he swallows, the bowlers he grinds down. These are rare traits among modern Indian batsmen, and are recog­nised for what they are, but there’s a mo­ment between the silence and ‘yes’ (or ‘no’) that goes on for too long in consider­ation of Dravid’s eventual place in the pantheon. Men such as Tendulkar in­spire comparison; guys like Dravid make you wonder about the boundaries of greatness.

There will come a day when discus­sions about Dravid will not touch upon this subject. Until that day, there will be talk of his true import to this team—a practice that seeks to strengthen his position, but in effect weakens it, for this talk is addressed at no one in particular, and so it sounds like a bunch of guys convincing themselves of his greatness.

Dravid can be reduced to his feats, but this is a losing game, for this is not a recognition of what he brings, but a plea and protest in one: Headingley! Adelaide! Kolkata! Durban! So how can he not be a great? And if not feats, then a nickname to suggest brute steadfastness. These point to the discomfiting truth that we don’t yet know what to do about Dravid.

For a time, Dravid dismissed himself with inside-edged deliveries. These occasions came well into his innings. Once done, he leapt in frustration, swung his bat downwards, and walked back annoyed. Then there were times he poked outside off in unclassical ways. Sometimes the ball would not drop below a defensive stroke as he intended, but bounce toward his stumps, prompting a manic series of movements involving his bat and feet. Dravid could be solid—anyone can tell you that—but there were moments when he looked all too familiar. He appeared just so right most of the time, that when he didn’t, it was awful.

Tendulkar, even during his most mortal period, opted for dismissals that were freakish; a one-handed leap by Adam Bacher at Cape Town, a violent pull that bounced off a close-in fielder and looped into Ricky Ponting’s reach two dozen metres away. Tendulkar was not of this world, and neither were the many innovative modes of his dismissal. His first mistake was often his last. Others, including Dravid, were gifted no such legacies by cricket fans.

A Dravid dismissal brought no anguish or deep sighs or lost hope—just the sense that a batsman had gone. In one-dayers, this was more so. In Tests, it was less so. There was a keener awareness of Dravid’s worth for the role he played in protecting Tendulkar from harm in Tests. Dravid wasn’t batting for India, but to shield a god who came after him. If he departed early, hearts sank a little. Because we cared about Tendulkar first, and then India.

That was then, but could still be now. Earlier this week, when Dravid was dismissed, it seemed inevitable that Tendulkar would be forced into play earlier than we would have liked. And so he emerged before his due time, played with poise and purpose, and left in the middle of a capitulation. The chase needed Dravid. When he left, taking his ability to stop time with him, things happened too quickly to fully comprehend.

So why does Dravid, for all he offers, not gain instant acceptance to this imaginary hall of fame? Why, when his purple patches are purpler than most others, when he stays for longer, sees off more threats, is his greatness still in doubt?

It could be because Dravid, despite everything, remains the man in between. He’s after Sehwag and before Tendulkar. That’s easy. But more than this, Dravid lives in a blind spot for those of us who equate winning with aggression, boundaries, and the New India. Dravid, on the face of it, represents an older time, with its emphasis on correctness, on the value of patience, on plans that stretch out over hours (which is why he seemed so wrong for T20 cricket). Where everything and everyone is about this noisy new game, Dravid barely registers for his quiet, almost internal, methods.

That he arrived so soon after Sanjay Manjrekar’s departure, with a tight technique and time to kill, doomed him immediately, for it put him in a slot forever linked to our past.

This persona is so dominating that it eclipses his role as one of India’s finest one-day finishers. Take Ajay Jadeja, generally considered our best man in that role for a time. In 107 innings played at number five and onward, Jadeja scored 2,917 runs at a strike rate of 76.16, with three hundreds and 13 fifties. He averaged 35.14, two points lower than his overall average. Dravid takes it up a few notches. In 86 innings, Dravid has scored 2,802 runs at 43.78, a good six runs higher than his overall average only a shade slower than Jadeja—75.16. There’s a good reason we don’t talk about this aspect of Dravid: cognitive dissonance. Classicists aren’t supposed to hammer the ball. Well, not regularly.

The failure to issue Dravid a permanent pass to this hall, and to have his fate discussed after each achievement—Now is he good enough for you?—is a failure of our imagination, as much as it is an anxiety to see a man find his place not in the halls of fame but in the hearts and minds of fans—a far more difficult task.

This involves remembering, and remembering wistfully, a pastime of the fan. With men such as Tendulkar, Sehwag, Azharuddin, Laxman and Ganguly, there’s so much to remember: straight bat fours, cuts over point, revolving doors, stylists, offside gods. The fan’s penchant, at the end of it all, is to reduce a man to his essence, to a stroke or

memory of him, even if some sportsmen leave behind different versions of themselves. Tendulkar 1 had honking drives and the excitement of something new. Tendulkar 2 was hampered and mechanical, more effective than inventive. Tendulkar 3 is passive-aggressive, neither restrained nor unleashed, and more dangerous than his previous selves. This reduction is possible practically every time, with every player.

But how do you reduce Dravid, who is himself a reductionist? His legacy is negotiation, not assertion. Can a fan be wistful about negotiation? There was Headingley and Kolkata and the playing out of time at Adelaide, but does the fan see these as completed assignments? That Dravid was doing what he had always done?

Mukul Kesavan wrote that Dravid’s greatness was not taken for granted because he ‘played all his cricket in the shadow of Tendulkar’. He wrote, ‘Dravid is a great defensive batsman and the label ‘great’ is generally applied to batsmen who dominate the bowling, whose preferred style, as with Lara and Tendulkar, is attack, not attrition.’ And yet, Gavaskar (36 not out in 60 overs) was declared a great instantly, Kesavan noted.

So how did Dravid manage to fall in between great and merely good? Yes, he played in Tendulkar’s shadow, and, yes, greatness is attached more often to attacking batsmanship than not. And Gavaskar was great. But here’s what really happened: fans changed.

Tendulkar brought power and aggression to the game, raising hope of victory, not merely of avoiding defeat. In the shadow of this winner, Dravid, more a saviour, made his debut. When the time for saviours had passed. But cricket, and perhaps every sport, needs men who defend its perimeters. He reminded us of this on every continent where Indian cricket sought to first defend and then extend its dominance. Tendulkar taught India to win, but Dravid showed them how to survive. It’s a great way to live: survive first, and then thrive.

‘The true indications of Dravid’s greatness,’ Sambit Bal, Cricinfo’s editor, wrote, ‘come when batting is more than driving on the up, when the ball curls in the air and fizzes off the pitch, and when survival becomes an end in itself.’

Our perception of Dravid’s legend is linked to our perception of cricket. As games have grown shorter, and more value has been placed on newer formats, flatter pitches and smaller grounds, Dravid and his kind, and the role they play, diminish a little more with the game’s expansion. All this has nothing to do with him. Cricket has grown larger, come closer, taken up more of our time, our energies.

Greatness is conferred on everything, on everyone, on every shot. That is why Dravid’s time in between is only temporary. When he decides to leave, and we pause, watching him walk away for the last time, and when there is finally distance between his game and us, and the cricketing world stops and remembers him, it will be left to the game’s lovers, old ones and new, to sort out the extent of his greatness. Rahul Dravid will be remembered for some time by his numbers, but people will make him immortal. It is only a matter of time.