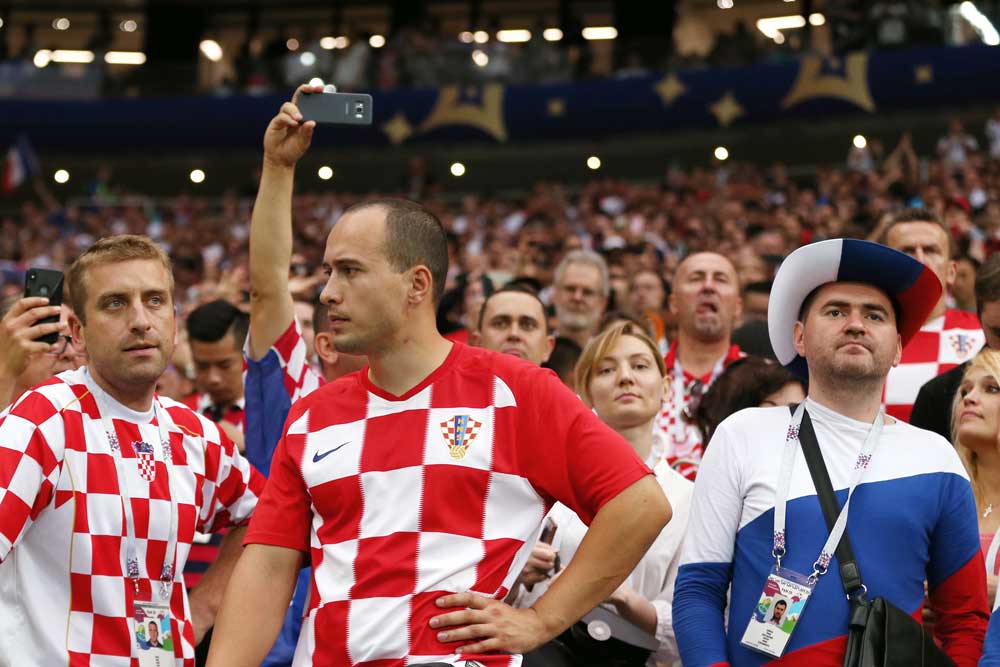 The Red Square is bleeding smaller squares of red and white. Under the onion-shaped domes of St. Basil’s Cathedral, a man in a Croatia jersey is on his knees and weeping into his flag.

A few metres away, besides one of the watchtowers of the Kremlin, a girl of six, maybe seven, has her arms wrapped around her father’s leg; her large eyes focussed on the old man’s grief-stricken face. He isn’t crying yet, but isn’t doing a good job at blinking back his emotions either. These cobbled streets are sprinkled with the tears and fallen bodies of Croatian fans; islands of maudlin, surrounded by a sea of Russians. Silent and sympathetic.

A few minutes ago, the Croatian football team was playing in the final of a World Cup – a stage few expected them to reach. Within those 90 minutes in Moscow, Croatia had scored as many goals as the last two World Cup finals in Brazil and South Africa put together, two. On any other day and perhaps against any other team but France, the goals from Ivan Perišić and Mario Mandžukić would’ve been enough to stitch a star above their jersey’s red-and-white coat of arms. But this wasn’t any other team – France scored four goals to Croatia’s two. And this wasn’t any other day – Croatia’s finest hour was also their most devastating.

“This feels like a nightmare,” says Josip, an Australian of Croatian descent who flew 23 hours from Adelaide to Moscow to witness, as he puts it, his ‘nation’s greatest moment’. “But I know that this is in fact a dream. The sweetest dream. When this feeling passes, we’ll be proud of what we achieved.” Before this tournament began, the odds on Croatia reaching the final were 24/1. So, they shrugged and beat Nigeria 2-0, annihilated Messi’s Argentina 3-0 and slipped past Iceland 2-1 to make the knockouts, where they won back-to-back penalty shootouts against Denmark and hosts Russia to reach the semi-final. Only Davor Suker’s Croatia had gotten thus far, back in 1998.

“Football victories shape a nation’s identity as much as wars do,” Franjo Tudjman, independent Croatia’s first president, once said. Spurred on by the constant presence of Croatia’s current president Kolinda Grabar-Kitarović, on holiday at this World Cup and forever dressed in a Croatia jersey, Luka Modric’s men came from behind to beat England 2-1 and put themselves 90 minutes away from the most important trophy in sport. “That’s when I got my shit together and decided I had to be in Moscow by Sunday, no matter what,” says Josip, who burnt through his savings to fly here. He wasn’t the only one.

On Sunday morning, five hours before kick-off at the Luzhniki, I saw many hundred Croatians – almost all of them towing strolleys with luggage tags — queue up outside the FIFA Ticket Office in Moscow’s Gorky Park, all praying to catch some luck. There were no tickets available. Still, a handful got lucky thanks to the numerous touts, camped in plain sight on every park bench. I overheard one Croatian man say: “I only have thousand dollars, take it, take it.” But the tout wouldn’t budge – he wanted USD 2500. So the men and women from Zagreb and Split and Dubrovnik dragged their strolleys to pubs and plazas, happy to simply be in the vicinity of the venerated.

At the fan-fest in Moscow, the Russians too were rooting for a fairytale end to their World Cup. When La Marseillaise played, thousands applauded. But at the completion of Lijepa Naša, Croatia’s national anthem, the viewing area trembled for a few seconds. Everyone who wasn’t French had the red and white checks of Croatia painted on their cheeks. By the end of the match, and the World Cup, every painted cheek was smudged. Some due to tears. Others due to rain. 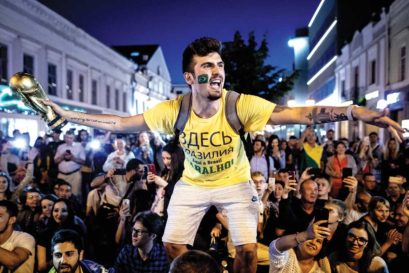