It’s an Olympic clash between dreams and reality for India 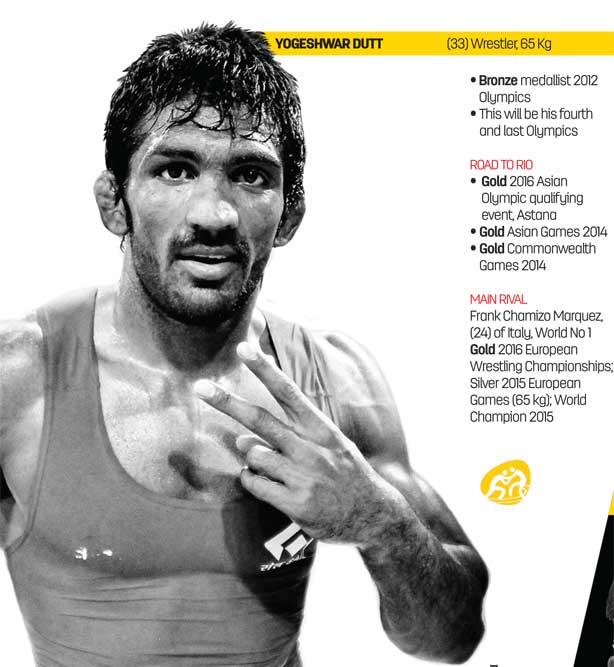 A few weeks ago during a promotional event in Mumbai, when asked about his views on the Rio-bound Indian squad, India’s famed badminton player and coach Pullela Gopichand harked back to a time not long ago when, to Indian athletes, the Olympics presented at best a moment to savour. “In my time, 90 per cent of the athletes would be busy collecting memorabilia,” he said. “(But) people now go out to compete and win a medal… They don’t go to the Olympics for an experience.”

India is still nowhere close to the Olympic prowess of nations like Russia, the US or China, neither in sports talent nor state support. But this observation by Gopichand highlights a change in the ambition and attitude of Indian athletes.

Since the 1900 Paris Olympics, when India sent its first Olympic athlete, Norman Pritchard, who won two silver medals in the 200m and 200m hurdles, the country has won a total of only 26 medals. Eleven of these—and eight of the nine gold medals —came from the Indian hockey team in its glory days (until 1980).

The change in attitude undoubtedly came about with India’s first and so far only individual gold medal in 2008, when shooter Abhinav Bindra won the 10m air rifle contest. At that Olympics, India won a total of three medals, its best show till then. In the next games, boosted by the previous performance, the tally ballooned to a record six medals.

India will now be sending 120 players, its largest-ever Olympics contingent. Two among them—wrestler Narsingh Yadav and shot put thrower Inderjeet Singh, who have been accused of doping—will most likely be thrown out. At the centre of this year’s story lies the ascendancy of Indian sports women. Of 83 athletes in the 2012 squad, about 72.3 per cent were men. This time, the number of men who have qualified, 66, remains more or less the same. But 54 women have qualified, including the hockey team for the first time since 1980, making the squad 45 per cent women. Haryana, for instance, is sending 11 women, many of them wrestlers.

The 2016 games will feature many smaller individual stories. Will Abhinav Bindra, Gagan Narang and Yogeshwar Dutt—seen as medal favourities—prove their mettle in what is likely to be their last appearance? Will Saina Nehwal get India’s first individual gold for women? Will Sania Mirza channel her success as a world-class doubles player and win a mixed doubles medal with Rohan Bopanna? How will Dutee Chand, India’s remarkable 100m sensation, perform? There are several stories like this—from the oldest Olympian, Leander Paes, in his seventh appearance, a record for India, to India’s first Olympian judoka player, Avtar Singh, and India’s first female Olympian gymnast, Dipa Karmakar.

The largest-ever contingent won’t necessarily translate into gold. But, with the promise of several players and their rising ambitions, there is no reason it won’t happen either.