Travel with daughters to protect them from sexual harassment, say parents of sportswomen. 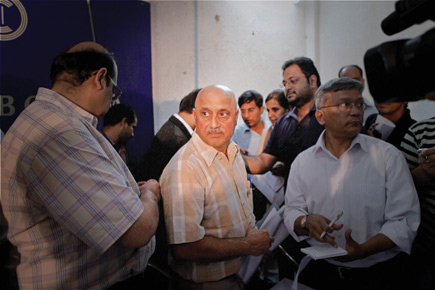 Travel with daughters to protect them from sexual harassment, say parents of sportswomen.


Indian hockey is a failed state. Like Pakistan, its path to the headlines is through embarrassing deeds. Every few months, there is some mischief or lawlessness or chaos. Yay. Hockey gets a headline. A cartoon even. That’s politician or cricketer level publicity.

It seemed things would be different this year. Hockey, it appeared, would be in the news for felicitous reasons. The World Cup, held in March, had raised the hopes of followers. The tournament managed to grab the attention of the nation. It got sponsors and crowds and momentum. At the same event, the FIH’s tough stance against Hockey India made one believe that at last the Indian hockey administration would conduct elections. In May, the men’s team defeated the formidable Australians on the way to becoming joint winners of the Azlan Shah Cup.

MK Kaushik and Basavaraj saw all this and perhaps said, “This does not seem right. What is Indian hockey without notoriety?” So Basavaraj, videographer of the Indian women’s team, snuggled up to a sex worker (in the sexually clumsy way of shapeless Indian men). His photos are a hit on the internet. (Yay. Another score for hockey).

Kaushik, the coach of the women’s team, was not caught in the act. But he did something more punishable. He asked a player, Ranjita Devi, if she was sexually active. As if this data would help him improve her trapping or penalty corner conversion. Then he told her that he was available 24 hours. What was he thinking? This was career suicide. Whatever you say about Basavaraj’s poor bedroom presence, he did not try it on a player. Both men have been sacked since.

The unfortunate part is that after a brief revival, hockey is back to being a joke, a cursed household that evokes pity and sniggers. We know it’s the leadership that is wrong. It’s those men of the house. Yet we cannot do anything about it.

“It was shameful for hockey, for the trainers and those running the sport,” says Anju Sachdev, mother of chess player Tania Sachdev and therefore sensitive to the suffering of women players. Kaushik may not be proven guilty yet. But Ranjita’s statement was a detailed one, which gave it credibility. It would have been difficult for her to make it all up. Besides, some members of the hockey fraternity also now say that Kaushik had a creepy side. “He seemed a decent, easygoing guy, but he would hit on the players,” a source says.

Young women athletes in India and their parents took in the sordid details with a sinking heart and a new resolve to be all the more careful with their own children. According to most parents, travelling with their daughters is only one way of ensuring safety.

Firdaus Shroff, the father of 17-year-old tennis player Kyra Shroff, says, “Kyra was with the right and reputable people from Day One, and we never left her alone too long. The main concern of every parent is the safety of their daughters, even sons, in this day and age. We have to be very careful where we are sending our kids and with whom.”

“I travel with Tania 98 per cent of the times. It is the best precaution,” says Anju Sachdev. “Chess is still quite clean. I guess in hockey, you are away from your city or state for long durations. That makes you vulnerable. If you are in your city, no one will dare touch you.”

Former athlete Ashwini Nachappa has two daughters, both of whom play sports. Anisha, the elder one, plays badminton. Deepali is a golfer. But Deepali is still quite young and the teenaged Anisha is the one who Ashwini accompanies wherever she plays.

“As a parent, it’s frightening,” Ashwini says of the hockey scandal. “It’s also frustrating because I retired in 1991 and things are still the same. Even in our time, we heard stories about this or that. Sometimes it was a question of advancement for the athlete, sometimes survival. But most times, it was a case of the athlete not having a voice at all.”

Badminton player Aditi Mutatkar was taken aback by the hockey controversy. “I was surprised because this would not happen in badminton. We often travel with male coaches and I haven’t had a bad experience. We are used to it. My mother would worry a bit, like all mothers, but not excessively.” Aditi is an exception. Most women athletes or their parents were not very surprised by the turn of events. They know sexual harassment in Indian sport is common. After all, even Ruchika Girhotra was a tennis player, and SPS Rathore, the police officer who molested her, was then the president of the Haryana Lawn Tennis Association.

What is needed so that women in Indian sport feel somewhat protected?

“There has to be a woman manager for players,” says Anju Sachdev. “Girls cannot discuss certain things with men. Secondly, girls should have the courage to speak out if they are being taken advantage of. Times are changing. No one can jeopardise your career.”

Says Aswhini Nachappa, “There are women’s teams and there are only men around. Who do the girls talk to when something like this happens? Why is there no psychologist with them? The solution is the same. The goons have to be kicked out. Sports people must get into the system. I hope with people like Pargat Singh trying to get into hockey administration, things will change.” (At the time of going to press, Pargat was contesting for the post of the president of Hockey India with Vidya Stokes, who at 83 wants to be president).

Asked if the scandal will discourage Indian girls from taking up sport seriously, Ashwini says, “Not just girls. Boys too.” However, it is agreed that it would be foolish to give up on young dreams.

Says Firdaus Shroff, “The hockey episode is sad, but it should not deter parents from following the dreams of their kids. At the same time, it’s the parents’ duty to teach and counsel their kids. They must be advised to speak up if they are suspicious of anything or anyone.”

Anju Sachdev says, “If an accident occurs, you are not going to stop walking on the road. But be attentive, look at the body language. In case something happens, speak up.”