World Series Hockey is a tournament modelled on the IPL 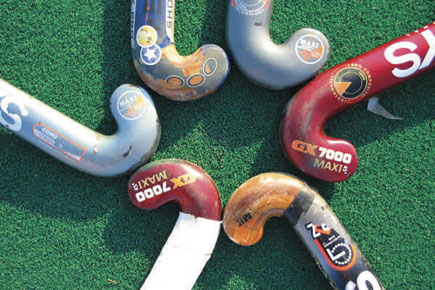 World Series Hockey is a tournament modelled on the IPL.


World Series Hockey is a tournament modelled on the IPL (Indian Premier League). It is not an original idea. But if it happens, it could provide hockey players visibility and money.

The World Series is a joint venture between Nimbus Sport and the Indian Hockey Federation (IHF). Nimbus chairman Harish Thawani says top players could earn up to Rs 30 lakh a year. That is big money for hockey players, who have to depend on jobs for a living. All they get for playing for India is allowances or incentives after a memorable performance. Very often, incentives are announced but ultimately forgotten.

The World Series will be held at the end of 2011 or early next year. It will feature about ten teams, and as many venues. Teams will comprise Indian and international players.

Any non-cricket Indian sport is an administrative maze. Multiple organisations run a single sport, fighting for power. Currently, both the Indian Hockey Federation and Hockey India manage hockey. The World Series does not have Hockey India’s sanction. Its secretary-general, Narender Batra, has reportedly threatened to ban the players who take part in the World Series from representing India. In response, Thawani says, “I don’t know whether Mr Batra has said it or not, but if he has, I am willing to fight it in court.”

However, players have signed up for the World Series. This could be because it has the IHF’s blessing. It is the IHF, not the HI, that is the Government-recognised federation. The HI, though, is recognised by the international hockey federation.

As the well-attended matches during the hockey World Cup and Commonwealth Games proved, there is a good market for hockey in India.