The Truth about David Warner 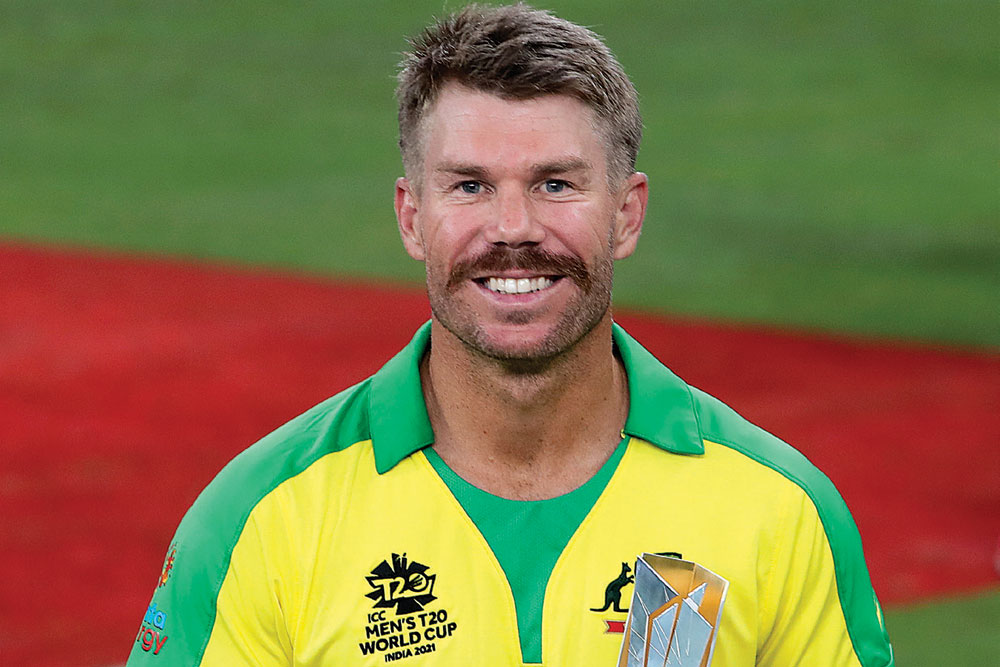 
IT WAS APRIL 2nd, 2018 and David Warner had just been told that he had been banned from playing in the Indian Premier League (IPL). In the aftermath of ‘Sandpapergate’ and the massive outpouring of venom on social media, both in Australia and across the cricket world, it was expected. Warner, unfairly perhaps, had been singled out as the mastermind behind the scandal. All were at fault but it seemed Warner was the only person to cop the blame. He was the strong one and his strength had turned into his weakness.

Steve Smith had left Australia for the US to spend time by himself and get his mojo back. Warner, however, was back in Sydney and trying to put up a brave face. That’s how he is and has been. The decision to not allow Warner to play IPL 2018 was the last straw. When we spoke, I could barely hear his voice. It was as if I was speaking to a ghost. “I am not sure what I need to do or should do. I don’t know if this is the real me. I have a family to look after and that’s all I want to do. There are people outside the house every single day and it is tough, mate,” said a devastated Warner. His kids were very young and one could only imagine what the family was going through. Yes, he had not cried in public. Put up a bold face. But that doesn’t mean he wasn’t hurting. He was. Anyone would. And here was someone who aspired to captain Australia and was at the top of his game. All of a sudden he was told he would never be captain and it wasn’t certain if he could make it back to international cricket after the ban. All that could go wrong had gone wrong for Dave Warner.

With most, such things happen once. With Warner the nightmare repeated itself in 2021. Stripped of the captaincy of Sunrisers Hyderabad, not in his wildest imagination could he have imagined that he would be dropped from the team he had captained to IPL glory just four years earlier. For those who enjoy numbers, Warner has scored close to 50 per cent runs for his team and has been the best player by a mile. None of this was considered, however, and he was even asked to stay back in the hotel when his team was playing the last few games of IPL. While refusing to answer what exactly transpired, a hurt and humiliated Warner said, “When you are dropped from the team you have loved the most for years without any real fault of yours and stripped of captaincy without being given a reason it hurts. At the same time there are no complaints, mate. The fans in India have always been there for me and it is for them that you play. We play to entertain. We play to push for excellence. Whatever may have been the reason for me not finding a spot in an IPL team, I can tell you in all honesty I was working the hardest and training the hardest I ever did. Not a single day did a miss. I was batting extremely well in the nets and it was only a matter of time before it all started to work out. So yes, while it hurt, I knew I will have another opportunity. Sport is a great leveller and if you are true to the sport and keep working hard you will always have a second chance. I just wanted to keep working the hardest and stay true. I am glad it worked out for me.”


I have spoken to David almost every week over the last few years. And I have seen the transformation from a state of complete hopelessness to gradually getting back hope. There is little debate he has his side of the story but that has never come out. Chances are it will not. He had not cried in public. But that doesn’t mean he wasn’t hurting

I have spoken to David almost every week over the last few years. And I have seen the transformation from a state of complete hopelessness to gradually getting back hope. I have heard him say Candice had two miscarriages in a short span of time and life could never be the same again. There is little debate he has his side of the story but that has never come out. Chances are it will not. In 2018 he had to cancel multiple trips to India because he wasn’t sure if he was welcome. He dropped out of multiple events back home in Australia because he feared a backlash from fans. He wasn’t welcome in his own home and it couldn’t get any worse. Or so he thought. In all honesty, it did. In 2021 he was not allowed to travel to the ground with his team and even carry drinks. On days that he did come to the ground he was sitting in the stands with his team flag and smiling for the cameras.

That’s when Warner turned inward. To his family. To Candice and the children. To a few friends who stood by him and held his hand. He started to practise and soon was training hard. Few have ever worked harder. After each game he was dropped from, he put in more and more in the nets. He knew the World Cup was round the corner and the world would be watching. He knew he had another opportunity, which could well be his last. He had to make it back to the cricket pitch and prove there was and is a lot more to him than all the controversies.

And finally it was around 1AM Monday morning, November 15th, 2021, and David Warner, Man of the Tournament of the World Cup, was about to start packing for the Australians had a charter flight planned for early morning. That’s when he called to say, “It has not sunk in yet you know. That we are world champions is just a very surreal feeling. And that I managed to make a difference to the team and win Man of the Tournament is just the best thing that could have ever happened.

Maybe I have been an honest servant of the sport after all and have been rewarded for staying true. I feel overwhelmed. Everyone was ready to give it their all. We are world champions.”

In 2013 he was unsure if he would play for Australia again. In 2018 he was suspended in the aftermath of Sandpapergate. And in 2021 he was dropped from his IPL team. And yet he was there. Doing exactly what he has for years. And now he is the best player of the tournament that matters the most. Not only is he world champion, he is also the man who made a telling difference for his team

Words were just flowing like the way the runs did for Warner in World Cup 2021. I asked him to go back in time to June 2013 and tell me if all of this felt real. Down and out after the Joe Root ‘PunchGate’ controversy in Birmingham, Warner was on the cusp of giving it all up and going away. “The question was should I leave as cricket’s bad boy or should I try and do everything I could to make a comeback and play for my country for another 10 years,” he said. He chose the latter and the rest, as they say, is history.

In 2013 he was unsure if he would play for Australia again. In 2018 he was suspended and humiliated in the aftermath of Sandpapergate. And in 2021 he was dropped from his IPL team. And yet he was there. Doing exactly what he has for years now. Train. And train harder. Push open the doors that were slammed shut on his face. Each time he was thrown out, he came back harder. Proved a point. Made it clear that he belonged. And now he is the best player of the tournament that matters the most. Not only is he world champion, he is also the man who made a telling difference for his team. But with Warner he knows this too can pass. “You need to be in the moment, mate,” he said before adding, “The World Cup is done now. It is the happiest of memories. But tomorrow is training day. If I don’t train maybe I will be dropped again at some point. I can’t let that happen.”
Little doubt he is world cricket’s ‘Comeback Man’.