What will happen to the likes of Ghulam Nabi Azad, Najma Heptulla and Arif Mohammad Khan, all reported aspirants to the vice president’s post 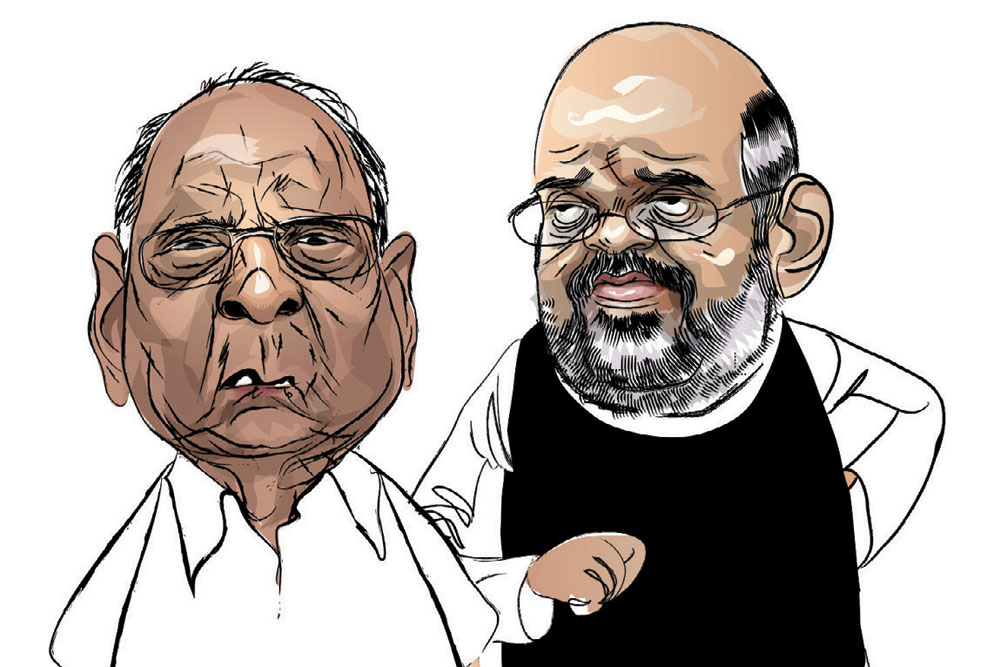 
Sharad Pawar never fails to surprise. The ease with which the Maratha strongman can change sides is amazing. His reported talks with Home Minister Amit Shah for a possible Bharatiya Janata Party (BJP)-Nationalist Congress Party (NCP) government in Maharashtra have been denied, but it has given Pawar’s NCP more leverage in the Uddhav Thackeray-led Maha Vikas Aghadi government. Pawar is said to have averted the removal of Maharashtra Home Minister Anil Deshmukh, also from NCP, or even a change in his portfolio following corruption allegations. We learn that Pawar is eyeing the United Progressive Alliance (UPA) chairperson’s post to replace Sonia Gandhi but Congress leaders say post-2014, UPA does not exist. There has been no meeting of UPA after the 2014 General Election rout. The Pawar-Shah meeting, however, has the potential of throwing up a vice presidential candidate in Pawar. But many wonder what will happen to the likes of Ghulam Nabi Azad, Najma Heptulla and Arif Mohammad Khan, all reported aspirants to the vice president’s post in 2022.

A sex CD has set tongues wagging in Bengaluru. Senior Karnataka minister Ramesh Jarkiholi had to step down after a CD allegedly containing visuals of sex acts surfaced in the public domain. BJP and the RSS brass have taken a strong view and the only option left for Jarkiholi was to resign. When Congress and the opposition demanded his resignation, Karnataka Chief Minister BS Yediyurappa rooted for Jarkiholi. This was when BJP National General Secretary BL Santhosh intervened. While a section of BJP suggested a major reshuffle in Karnataka, including changing the chief minister, Santhosh took a collective decision with Prime Minister Narendra Modi and Home Minister Amit Shah to let things be. Their reading was that removal of the chief minister could create trouble. So, for the time being, they have axed Jarkiholi and will take a call on the ‘reshuffle’ after the state Assembly election. BJP leader and MLA K Sudhakar has even suggested a probe of all MLAs over the sex CD issue as many are said to be involved, including Congress and Janata Dal (Secular) leaders. 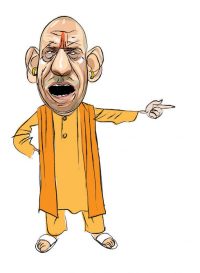 Much to Uttar Pradesh Chief Minister Yogi Adityanath’s relief, the Ministry of Home Affairs gave an immediate voluntary retirement to Indian Police Service (IPS) officer Amitabh Thakur. The 1992 batch UP cadre officer was found ‘not suitable’ to continue his services as a public servant. Thakur was suspended on July 13th, 2015, days after he had accused Samajwadi Party patriarch Mulayam Singh Yadav of threatening him. He had made public an audio recording in which Yadav had allegedly threatened him. Though he was reinstated later, chief ministers remained wary of him. In the past, he has even showed his unwillingness to give guard of honour to politicians with criminal backgrounds. He also wrote to the state chief secretary to abolish the practice as most MLAs had criminal records. It is said that even former Chief Minister Mayawati was upset with his conduct but could not dismiss him owing to the power of the media. Now the buzz is the BJP brass believes Thakur may be an honest man but as a bureaucrat, he had no right to criticise the system publicly.

Prime Minister Narendra Modi has taken on West Bengal Chief Minister Mamata Banerjee in the ongoing state Assembly election. Yet, when he visited Kerala recently, Modi attacked the LDF government but not Chief Minister Pinarayi Vijayan. He raised the issue of corruption and gold smuggling but remained mum on Vijayan’s style of governance. Sources reveal that BJP holds Vijayan in high regard. Besides, Vijayan personally maintains a cordial relationship with Modi. The rumour is that Banerjee bears the brunt of Modi’s wrath as winning West Bengal is priority for BJP while Kerala, with its communists, can wait. Maybe it can be ascertained from the fact that while Modi has never tried to give a speech in Malayalam, in West Bengal, his speeches are peppered with Bangla words? 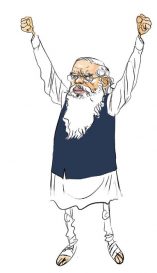 The popularity of Modi jackets in India may be gauged from a separate desk for such wraps at Delhi’s Khadi Gram Udyog. A steady demand has ensured Modi jackets outsell the legacy Nehru jackets by a mile. So when Prime Minister Modi touched down in neighbouring Bangladesh donning a Mujib jacket (after Bangladesh’s founder Sheikh Mujibur Rahman), his attire went viral on social media. In Dhaka, Mujib jackets are extremely popular, particularly among the younger lot at Dhaka University. It is understood that the Indian High Commission in Dhaka has some 100 Mujib jackets.

In polarised West Bengal, sparks flew from where Mamata Banerjee contested—Nandigram. While loyalist-turned-rival Suvendu Adhikari of BJP piled on the pejoratives by addressing her as “Begum Mamata”, for instance, Banerjee went all out to dispel that notion. While she celebrated the Bengali version of Holi (Doljatra) in a Hindu Dalit area, she made sure a Vaishnav kirtan singer was present. It is also well known that Banerjee has chosen her residence in Nandigram in a Hindu-dominated area.

At a recent rally in Nandigram, Mamata Banerjee made an unusual comparison between former Trinamool Congress colleagues-turned-BJP leaders Mukul Roy and Suvendu Adhikari and claimed Roy was not “as bad as” Adhikari. Now, Roy is BJP’s candidate from the Krishnanagar Uttar constituency though he hails from the Barrackpore area. It is being speculated whether Banerjee was trying to send feelers to Roy through such messaging.

In Haryana, the Chautala family’s political infighting has become a serious issue. Former Haryana Chief Minister Om Prakash Chautala’s grandson Dushyant and his MLA mother Naina Chautala seem to be at loggerheads. In a meeting at Deputy Chief Minister Dushyant’s house, his mother said their Jannayak Janta Party (JJP) should withdraw support to the BJP-led government in the state over the farmers’ protests. Otherwise, she said, a substantial farmer faction would leave their party. On the farmers’ issue, three Jat MLAs had even boycotted party meetings. The deputy chief minister is clearly unfazed and seems to have made up his mind to stick with the BJP government in the state. We learn that even OP Chautala is upset with Dushyant. So, the fate of JJP in the next Assembly election is anyone’s guess.

Justice NV Ramana is next in line to be the chief justice of India (CJI). In October last year, Andhra Pradesh Chief Minister YS Jaganmohan Reddy had written an explosive letter to CJI SA Bobde alleging that Justice Ramana had been ‘influencing’ the functioning of the Andhra Pradesh High Court to act in favour of the opposition Telugu Desam Party. Till date, there has been no action. So it is believed that Reddy is now trying to warm up to Justice Ramana by seeking help from the Union Government.