One Hundred Years of the Party

How Mao's fiction has been kept alive by his successors 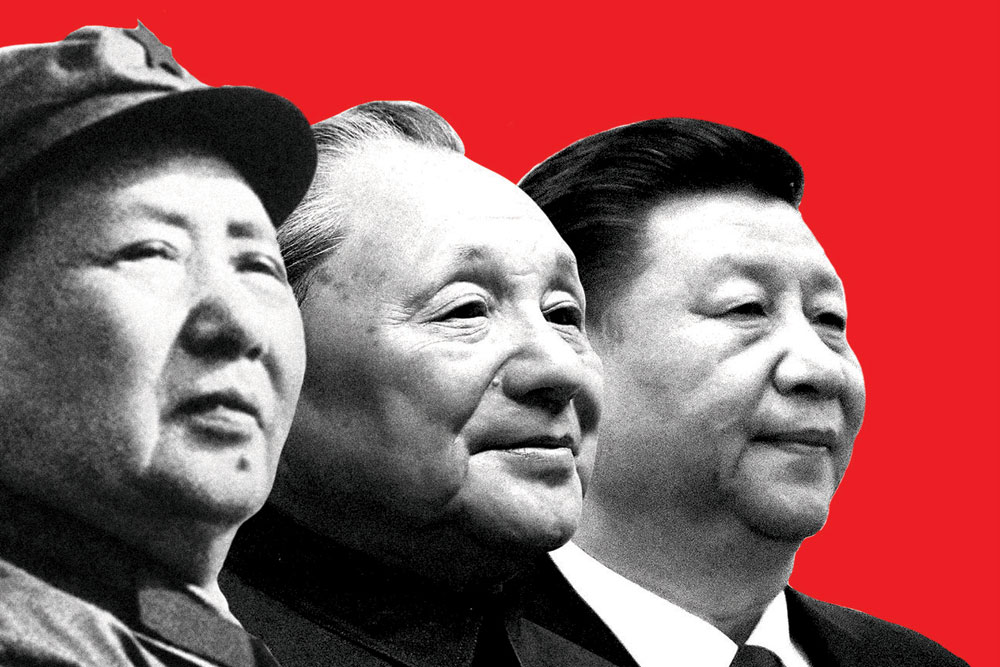 A ONE HUNDRED YEAR old communist party, still breathing, and still capable of stopping those who live under its shadow from breathing. At the grand invocation of glory and endurance, power and defiance, a leader taking cue from the original red soldier, who is perhaps the luckiest of them all to be safe in the mausoleum at a time when fellow founding patriarchs of empires are rotting as smashed icons elsewhere. In the glitz and pomp of ‘We Are the Immortals’, ghosts are kept at bay, their whispers largely confined to cyberspace, and the banquet is too guarded to be disrupted by their invasion. And it is quite rare for a centenarian communist party, its backstory marked by the world’s largest and bloodiest programme in mass indoctrination, to celebrate its birthday not as a rival to capitalism but as its most ambitious modifier with an intimidating cultural accent. Rarer still, in the so-called post-ideological world, it can still control freedom with the possibilities of wealth and an apparatus perfected by the Leninist model—and strike a balance between prosperity and paranoia. When empires have become unsustainable, here we have one, shaped by the playbook of the Party and the wisdom of a nation that forgets nothing, still crossing the border, still colonising, and still collecting its vassals. When, in a new social awakening that romances the dream of the powerless, call it the progressive ideal or whatever, here is the Gory Old Party setting the limits of freedom, and even providing its content. This birthday bash is not like any other; here a hundred contradictions bloom, a hundred schools of thought are suppressed to suit the big thought of the Only One.

At its hundredth year, the Chinese Communist Party (CCP) defies the inevitable fossilisation of ideologies.

The original immortal was a poet for whom violence, physical as well as ideological, was a historical necessity in the pursuit of power. He built his China on a blank sheet of paper, and he knew, like Gandhi but without the Indian’s stoic sense of passivity, that the real territory of a liberation movement was the countryside. No revolutionary mobilised the masses with such brutal precision as Mao did, and he succeeded because he was a relentless inventor of the enemy. Revolution never slept as long as there was an enemy lurking in the shadows. The originality of Mao was in his ability to create an enemy for every occasion. Each occasion was captured in the epigrams of struggle and dream, be it the Long March or the Cultural Revolution. Mao pumped up his own power as the first revolutionary with a grassroots grasp over the mass mind by constantly stoking the rage against authority: bombard the headquarters. The Cultural Revolution was a pure leap of dark imagination; it put brother against brother, father against son, friend against friend, student against teacher…It created a utopia of suspects in which everyone was on a show trial. The survivors were those who had the cold determination to freeze their own conscience as the unforgiving arbiter loomed large. Mao’s revolution was not a palace coup. It was a ruthless participatory programme on ideological conversion and biological termination, spread across the largest canvas any revolutionary could ever dream of.


Xi Jinping presides over the most influential rogue republic. The revolution is long dead; Mao is nothing but a mausoleum piece; but the ideology of terror has been updated to intimidate dissent and infiltrate the neighbourhood

The cult of Mao crossed borders. He was Our Chairman in the urban enclaves of revolutionary worship and in the jungles of armed resistance. To be a Maoist was to be a subversive in democracies without justice—and a revolutionary with nothing at stake except borrowed slogans. The Chairman’s lived experience became his faraway followers’ textbook revolution. The internationalisation of the cult as an oriental masterpiece, certainly in the English-speaking West, owes a great deal to the awestruck narrative journalism of Edgar Snow. His Red Star Over China, originally published in 1937, was the first ‘authentic’ portrait of the revolution. He had the access. Mao found in this foreigner a useful messenger of the revolution. Snow redeemed “the Red Bandit” from the caricature, and made his struggle revolution’s greatest adventure. In his interview with Mao, the revolutionary spares the interviewer the trouble of asking questions and gives him a realistic chronicle of his early life. Here comes the boy Mao: “I continued to read the old romances and tales of Chinese literature. It occurred to me one day that there was one thing peculiar about such stories, and that was the absence of peasants who tilled the land. All the characters were warriors, officials, or scholars; there was never a peasant hero. I wondered about it for two years, and then I analysed the content of the stories. I found that they all glorified men of arms, rulers of the people, who did not have to work the land, because they owned and controlled it and evidently made the peasants work it for them.” The boy was on the right path. In power, this liberator too would legitimise his terror reign on account of his being the original “red bandit”. Death would become a statistical inevitability in the long march of Mao’s Republic. 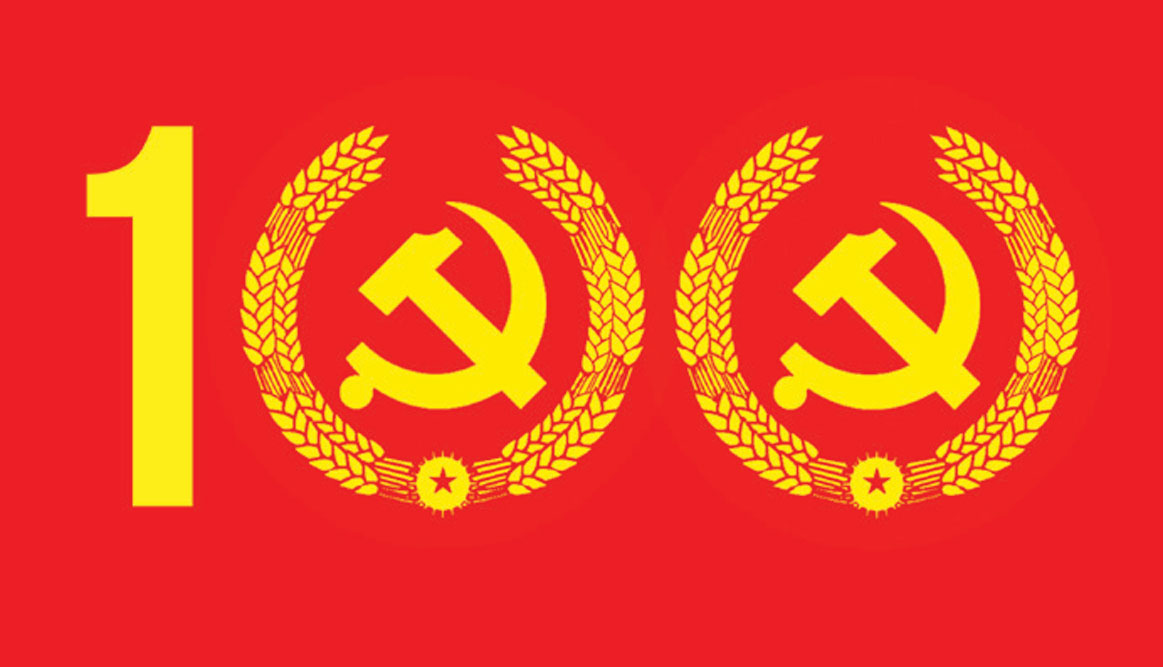 Every revolution requires a path breaker, and Maoism was waiting for one. Deng Xiaoping, a survivor of the Cultural Revolution and Chinese communism’s most celebrated bridge player, would turn Mao from a revolutionary inspiration into a ceremonial invocation. Suddenly it was glorious to be rich, and for Deng, another aphorism-prone Chinese leader, the colour of the cat didn’t matter as long as it caught the mice. Deng built the biggest marketplace of the Orient, and Mao took refuge in the souvenir shop as capitalism began to acquire Chinese characteristics without guilt. Deng strengthened communism by celebrating wealth. It was the most audacious project in the history of ideologies. He kept the Leninist party apparatus intact, but borrowed from the book of capitalism and tapped into the rich vein of Chinese nationalism—and, of course, there was Confucius to show the virtues of hierarchy and loftiness in leadership. Even as he prepared the People’s Republic for beating capitalists at their own game, and that too without diluting the doctrine of terror, the Chinese gulag continued to swell. It was suicidal to ask questions: be happy, stop complaining. When tanks rolled into Tiananmen Square, the massacre was brushed aside by the moderniser as an “incident”, with the kind of casual indifference the Chairman had perfected. The Fifth Modernisation—Democracy—was a taboo.

In a new social awakening that romances the dream of the powerless, here is the Gory Old Party setting the limits of freedom, and even providing its content. This birthday bash is not like any other; here a hundred contradictions bloom, a hundred schools of thought are suppressed to suit the big thought of the Only One

Still it is. The new Helmsman is writing his own mythology as the Eternal Leader. Xi Jinping presides over the most influential—and the richest—rogue republic. The revolution is long dead; Mao is nothing but a mausoleum piece; but the ideology of terror has been updated to intimidate dissent and infiltrate the neighbourhood. He has an America-inspired name for his project: The Chinese Dream. It has only rhetorical value; in practice, it is the Chinese Paranoia. Dreamers—an artist or a writer, a whistle blower or a democracy activist—live a surreptitious life in Xi’s golden cage. Almost a decade before the founding of the People’s Republic, Mao wrote a piece of fiction called On New Democracy, in the usual incantatory style of a mass mesmeriser. One constant in the evolutionary saga of Chinese communism is the commitment of the Great Helmsman’s successors to the art of fiction.