It is a very average horror flick, and the scares are limited 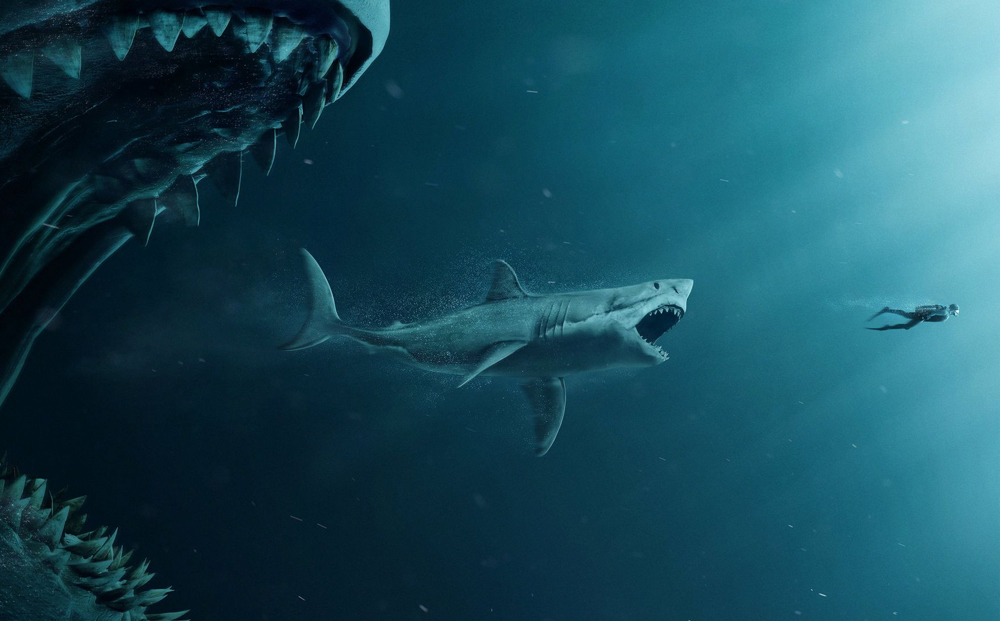 What is it about sharks and pretty girls in bikinis that are irresistible to an audience? Given the number of movies made with this combination, there must a Freudian element of joy in looking at an ace predator of the ocean taking large bites out of shapely women in swimsuits. As blood stains the water, do we see beauty eaten by the beast? Do we understand that sex is just an appetite?

There is a lesson here somewhere, but it is lost in ’47 Meters Down: Uncaged’. This is the second edition of the original sleeper hit film, but in this version the girls are not lowered down in a cage to watch sharks, but dive down on their own at a lagoon that has caves underwater, and where there shouldn’t, according to reason, be any sharks. However, logic has never been a prime motivator of Hollywood horror/disaster movies, and so here the story is that the sharks have swum through an inlet from the ocean and have now evolved to be blind, due to the darkness of the area they inhabit.

Apart from sightless sharks, these underwater caves contain an ancient Mayan City, to which the natives fled to escape the cruelty of the Conquistadors. This was centuries ago, during the Spanish invasions. Now, there are three men working underwater to prepare for a visit to the site by archeologists. So when the four girls – Mia, Sasha, Alexa and Nicole – all expert swimmers with taut bodies, arrive to see the gorgeous looking statues and artefacts, they are met by two of the men, who are suddenly devoured, right in front of them.

The horror begins, and the girls realise that it is a maze underneath, and the only way to avoid the attention of the sharks is to hide behind rocks, or get into crevices that the huge creatures cannot penetrate. It is a cat and mouse game that goes on endlessly, and though the sharks are fearsome, their attacks get repetitive, and what you see is more of the same, without any twists in the tale.

Female bonding is a strong theme of the movie, and the girls look out for each other, taking risks to stay safe together. This is especially true of two half sisters, Mia (Sophie Nelisse) and Sasha (Corrine Foxx), who realise how much they really care for each other.

Bombarded as we are by disaster films on land, in the air, and on water, you would think that survival against the elements is the most important thing to worry about. But in this age of global warming and a waiting environmental catastrophe, one wonders if it isn’t actually the other way around, and that it is the sharks who are in danger from humans, bikini clad or otherwise.

To put it into perspective, ’47 Meters Down: Uncaged’ is a very average horror flick, and the scares are limited.