Superheroes in a Karmic Battle 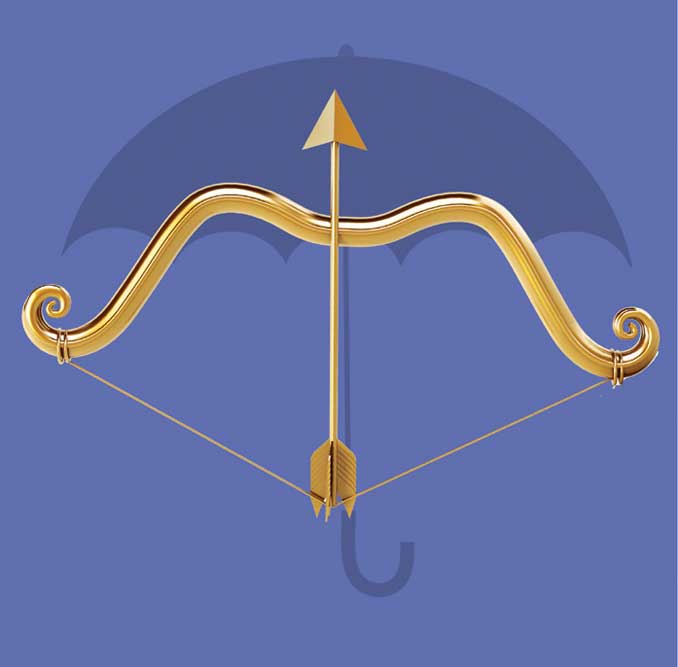 In the David and Goliath story from the Old Testament, David has become a symbol for an under-dog. Israelites fought with Philistines. On behalf of the Philistines. Goliath was the champion of the latter. His challenge went unanswered for 40 days, before David took him on, one-to-one, and killed him. If you read the Iliad (Book III), you will find a similar idea in the proposed duel between Paris and Menelaus. Let there be a champion from either side. Let them fight and let that decide the outcome of the war. We can then avoid collateral damage, not just of civilian deaths. If two heroes fight and decide the outcome, the lives of other combatants are saved. It is always difficult to estimate the number of deaths caused by a war. (There can be disease and famine too.) With that qualification, World War II may have caused 80 million deaths. Fifty-five million of these were civilian and only 25 million were military deaths. It’s far better to have heroes fight each other.

Both the Mahabharata and the Ramayana are like that, heroes fighting each other. Super warriors were classified as rathas, maharathas and atirathas. A maharatha was superior to a ratha and an atiratha was superior to a maharatha. The Kurukshetra War was primarily about these individuals fighting each other. We are indeed told that seven akshauhinis perished on the Pandava side and 11 akshauhinis perished on the Kaurava side. With 21,870 chariots, 21,870 elephants, 65,610 horse-riders and 109,350 foot-soldiers, an akshauhini was huge. If that large a number of ordinary people died, it would have been utter carnage. Karthika Nair has recently published a wonderful retelling of the Mahabharata story. This book is called Until the Lions. Among other things, it describes the war from the perspective of a nameless soldier. True, history is rarely written from the point of view of a nameless soldier. But those kinds of numbers are plain exaggeration. There must have been at least two people per chariot, including the charioteer. There must have been two people per elephant, including the mahout. 43,740 + 43,740 + 65,610 + 109,350 = 262,440. Multiplied by 18, we have 4.7 million. I don’t want to get into a debate about when the Kurukshetra War occurred, since we technically have a range from 5,561 BCE to 1,000 BCE. I only want to mention that in 1,000 BCE, the world population is estimated to have been 50 million and in 5,000 BCE it was 5 million. We are never precisely told who killed all these akshauhinis. We have some sense of who killed the Pandava akshauhinis, at least for Bhishma, Drona and Karna, less so for Shalya. But beyond Arjuna and Abhimanyu, we are never quite told who killed the Kaurava akshauhinis. The numerals of 21,870, 65,610 and 109,350 each adds up to 18, the number of days the war raged on. I think these numbers primarily have symbolic significance and no more. Notice the ratio: one chariot, one elephant, three horse-riders and five foot-soldiers. A rook is still called a chariot by some Indian chess players, a knight is called a horse, a bishop is called an elephant and a pawn is called a foot-soldier. I have always found it interesting that in chess, the ratio is one chariot, one elephant, one knight and five pawns. Barring the knight/horse-rider, it matches quite neatly. I will not cite numbers from the Valmiki Ramayana, because the numbers given there are less precise. We don’t exactly know the size of Rama’s army or Ravana’s army, though we can try to deduce the fugures. Suffice to say, the Lanka war is also primarily one fought between heroes. These are all duels.

Who fought in these duels? Kshatriyas did, individuals like Drona, Parashurama and Ashvatthama were exceptions. Across sacred texts, we are given the duties of Kshatriyas – donate, perform sacrifices, study, fight, protect virtuous people and punish the wicked. It may vary a little from text to text, but that is the essence. We tend to think of a Kshatriya/Kshatra (क्षत्रिय or क्षत्र) as one of the four varnas. That may be true in a loose sense, a person who belongs to the warrior class. However, strictly speaking, that’s not true. The word has a ruling-class nuance. The nameless soldier isn’t a Kshatriya. To become a Kshatriya, you have to be a member of the ruling aristocracy, with links to royalty, if not actually the king. An ordinary Kshatriya might donate, perform sacrifices and study, but it wasn’t his job to fight, protect virtuous people and punish the wicked. In discussions of varna, a reference is often made to the purusha suktam, 10.90 of the Rig Veda and there we have a verse (number 12) that is often quoted. Here is the Ralph Griffiths translation of this verse: “The Brahman was his mouth, of both his arms was the Rājanya made. His thighs became the Vaiśya, from his feet the Śūdra was produced.” Precisely, the word used is Rajanya (राजन्य), not kshatriya. The Sanskrit says ब्राह्मणोऽस्य मुखमासीद् बाहू राजन्यः कृतः। ऊरू तदस्य यद्वैश्यः पद्भ्यां शूद्रो अजायत॥ I think this is an important difference and I am constantly surprised at how indiscriminately Kshatriya is equated with Rajanya. Rajanya means royalty. The royalty or the ruling aristocracy indeed fought in those duels. But I am not sure the nameless soldier did, until much later in history. As for Brahmanas, their duties were to donate, receive gifts, study, teach, perform sacrifices and officiate at sacrifices.

Once upon a time, the former Planning Commission used to spend a lot of time on defining a poverty line and calculating the number of people who were below that poverty line. This was known as the poverty ratio or head count ratio. Data for calculating these ratios was obtained through surveys (not censuses) undertaken by the National Sample Survey Organization (NSSO). Originally, those poverty lines were worked out on the basis of calorie-intake  norms. For example, the average person who lived in rural India would require 2,432 calories per day and the average person who lived in urban India would require 2,094 calories per day. These were averages and there were gradations, dependent on age and gender. A male who was into heavy work would require 3,900 calories per day, a male who was doing moderate work would require 2,800 calories per day and a male whose was job was sedentary would require 2,400 calories per day. The idea is simple. Calorie requirements are a function of the nature of work. Heavy physical work requires more calories, sedentary work requires less. If there is agricultural mechanisation, a farmer will also require fewer calories. If there is piped water and one does not have to trudge 10 km in search of water, fewer calories will be required. Ipso facto, the dietary stipulation for a sedentary Brahmana will be different from that for a warrior Rajanya. This has more to do with the functional nature of work and has little to do with what varna one has been born into.

There was an interesting news item recently, about agriculture having existed for 25 million years. But that development of agriculture was by termites, not humans. You will find this in the academic paper (not the news item). So far, as human agriculture and animal husbandry is concerned, 10,000 BCE is a good date. That’s when these started to independently develop in different parts of the world. The Manusmriti tells us that a Vaishya’s means of subsistence is trade, animal husbandry and agriculture. 10.83 of Manusmriti tells us that a Brahmana or a Kshatriya who resort to a Vaishya’s mode of subsistence, must not use agriculture. Agriculture is violent (it is injurious to living beings) and depends on others (because those crops have to be sold?). In general, 10.84 tells us that while some people think that agriculture is good, others say that a wooden plough with an iron head is damaging, because it injures the earth and injures living beings who dwell within the ground. I mentioned the Vyadha Gita earlier. There is a lot of stuff on the violence caused by agriculture there too. Before the discovery of agriculture, humans more or less had to eat what they got. They didn’t have the luxury of choice. Note that agriculture may have improved productivity levels, but  there are also studies to show that monoculture has led to nutritional deficiencies, such as for protein. A switch from a diet that included insects to one of only rice or wheat wasn’t invariably good. With concerns over declining agricultural productivity, we may have to eat insects again. Two billion people in the world have some kind of insect in their diet and there are 1,900 kinds of insects that can be eaten. Read a 2013 paper by FAO on edible insects as a solution for future food and feed (this is also important) security. Injunctions about food and diet are often very context specific.

It is very misleading to apply that template to anything about self-realisation.