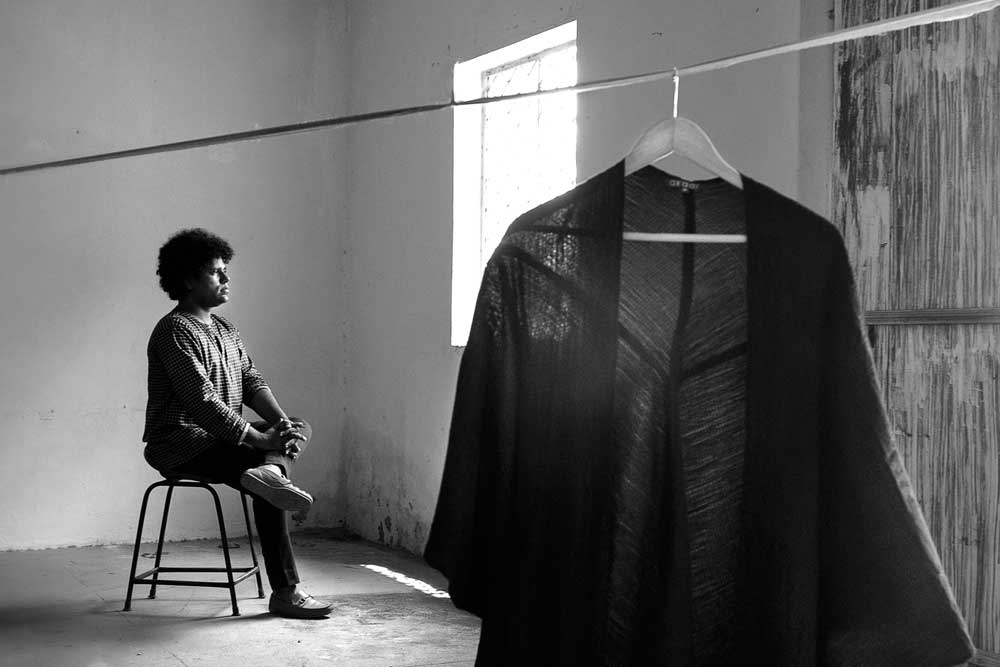 THE ARRIVAL OF international designers such as Roberto Cavalli and Giorgio Armani and multi-label collaborations—Suneet Varma for Judith Leiber, Shantanu & Nikhil for Adidas, for instance—has brought in a new level of finesse to Indian fashion. Sharper cuts, sleeker styles and bolder prints now dominate the runway and showrooms.

But how did we get here? Globally, the Indian fashion industry is relatively new and what was started by a handful of designers in the 80s with Ritu Kumar, Tarun Tahiliani and the like creating traditional wear using hand- woven fabric with embroidery and other craft work has now emerged as an industry which is not just booming, but evolving rapidly. And in 2013, as the industry touched its 25th year, fashion designers such as Suneet Varma and Rohit Bal—the early pioneers who brought Western influences into garments—shared their journey and experiences that have been integral to shaping Indian fashion.

Over the years, trends have been created, faded away and then been revived, but what has made a ‘comeback’ in the most clichéd sense is hand woven or craft fabric. Ritu Kumar is known to have played an essential role in the revival of Indian textiles when in the late 80s and early 90s she created designer wear with hand-woven fabrics, block prints done by hand and what is referred to as ‘cool ethnic wear’.

Today, traditional woven fabrics are back in vogue, thanks to gen-next designers such as Aneeth Arora, Gaurav Jai Gupta, Rahul Mishra and Varun Bahl. These designers have not just been felicitators in the ‘comeback’ of khadi and other woven fabrics, but have given them a global face lift.

Designers such as Anavila Misra are also playing their part by creating bespoke designer wear with hand-spun khadi, and handwoven fabrics. Her work exudes an East- meets-West vibe, and reflects the aesthetics of modern India.

Thirty-three-year-old Gaurav Jai Gupta creates interestingly woven textiles with high-twisted steel yarn under his label Akaaro. But this eclectic designer, known for his avant-garde style and hand-crafted fabrics, proclaims himself oblivious of fashion, even though he joined the National Institute of Fashion Technology (NIFT), Delhi, in 1999.

Similarly, Aneeth Arora, 32, whose work is deeply rooted in Indian culture, and is known to create garments with craft cotton under her label Pero, claims that she too wasn’t solely focused on fashion but was keen to do something creative and artistic; which led her to NIFT and then a textile course at the National Institute of Design, Ahmedabad.

Even as a student, I didn’t understand sleeves or stitch. I didn’t like to design or create a form. What I really enjoyed was fabric, hand-woven fabric

Both Akaaro and Pero reflect modern Indian aesthetics with a global twist. The sensibilities of the brands are true to their roots and emerge straight from the loom. Khadi and kora cotton, which have had a traditional treatment in the past, are today being moulded into a modern avatar and worn internationally. One might wonder if Gupta and Arora’s childhood in tier-2 cities had something to do with the aesthetic reflected in their designs, with that modern touch coming from their relocation to metropolitan cities.

Mapping his journey with yarn, Gupta—born and raised in Rohtak— says that as a child he had a persistent urge to do something unconventional. Hailing from a business family, his rebellious nature made him enroll in a not-so conventional course in Fashion Design and IT at NIFT, Delhi. “Even as a student, I didn’t understand sleeves or stitch. I didn’t like to design or create a form. What I really enjoyed was fabric, hand-woven fabric,” says Gupta.

This love for woven craft led to his spending time at a textile mill in Panipat, where in a bid to break stereotypes he decided to use copper and unconventional weaves to create fabric. His vision, however, lacked substance and strength, and to bolster it, he went to Chelsea College of Arts, UK, to pursue a degree in textile design to understand the nuances of woven textile. “This was where I developed my own signature,” says Gupta. His passion for weaving took him to looms where he weaved himself. “I see human value and soul in a well- made cloth,” he says.

Gupta says he is an “Indian and idealist at heart, with a global mindset and taste”. His collection is not just limited to the cuts, colours and style; rather, they have a soul and a story. His previous collections, in dark colours, with edgy designs, have been inspired by contemporary issues such as the Naxalism, global terrorism, etcetera.

But Gupta still believes that Indian fashion remains mediocre as we refuse to break out of our comfort zone.

INDIA HAS A wide range of materials and fabrics, from bandhani to block prints, natural dyed to woven. “The fact that today these fabrics are recognised internationally shows the evolution in terms of taking and representing Indian fabrics outside,” says Aneeth Arora.

From Kanjivarams to Banarasis, handwoven saris are getting a makeover by designers such as Sabyasachi Mukherjee, who are contributing to the upliftment of weavers and artists even as they showcase these fabrics on global platforms. Similarly, Arora’s dream child Pero (which means ‘to wear’ in Marwari) presents a chic line of Western wear that includes pants, skirts, and shirts in shades of indigo blue, charcoal and brick.

Born in Udaipur, Arora absorbed local arts and aesthetics when she was growing up. Her urge to move out of her hometown and live in a bigger city was motivation enough to pursue a course at NIFT, Mumbai. Initially, Arora was only certain that she wanted to do something creative, and fashion was one of the choices. By the end of her course, she wanted to pursue a Master’s in Textile Design at NID to better understand fabrics. “Even as a student I began sourcing fabrics directly from weavers across the country,” says Arora, who seamlessly blends traditional Indian weaving techniques with Western designs.

A job that involved creating products from paper waste first brought Arora to Delhi. But she made time—in the early mornings or late evenings—to identify weavers, acquire and colour fabrics, and add life to them. Her idea was to create a line of comfort clothing which was smart and bespoke. Her clothes reflect her inspirations from the culture of Bhuj to the colours of tribal outfits.

Arora mostly uses kora cotton and basic khadi. “Khadi is going through a revival today with more people designing it, and more universal takers looking forward to wearing it,” she says.

Her brand is niche, and matches the sensibilities of a global traveller who wishes to tuck in a crushed cotton shirt which is simple, yet stylish. “Initially my work received a lot of resistance in the Indian market as it was called ‘boring’, ‘bland’ and had no bling,” says Arora. “Western markets took to it easily.” The chirpy designer looks up to Abraham and Thakore, Sabyasachi and Rajesh Pratap for their research, creation and finesse. Reiterating Gupta’s views on Indian fashion, she says, “There are so many brands overseas that are creating such refreshing designs and using handmade fabrics, but we are not original. There is a long way for us to fit in the global market.” Most often dressed in a comfortable Pero shirt and bottoms with sneakers, Arora can be found imbuing fabric from a corner shop in Nehru Place or a bylane in Rajasthan with romance. Her love for crafting fabric has now been extended from fashion wear to home linen.

HANDLOOM MAY BE cool again, and might be making its presence felt on the runway, but will this ‘revival’ be just another passing trend? The previous generation of designers did draw attention to zardozi embroidery and hand weaves. At a time before social media and hashtags, it was their research and passion which brought such dying crafts to the ramp and made some of them an essential component of Indian wedding wear.

Handwoven fabrics have always had a patriotic essence—from crisp khadi kurtas to hand-crafted Nehru jackets. It was a savvy marketing and political move by Smriti Irani to launch the #iwearhandloom campaign on 1 August, soon after being appointed Union Textiles Minister. It went viral on its very first day and has since attracted internet posts from politicians to actors, sportsmen to designers— Jackie Shroff to Kangana Ranaut, Kiran Bedi to Anita Dongre, Nirupama Rao to Laila Tyabji. While politicians are doing their bit, there is no doubt it is the fashion industry that is playing a crucial role in sustaining and showcasing the best of hand-woven textiles.