Happier Is the Selfless 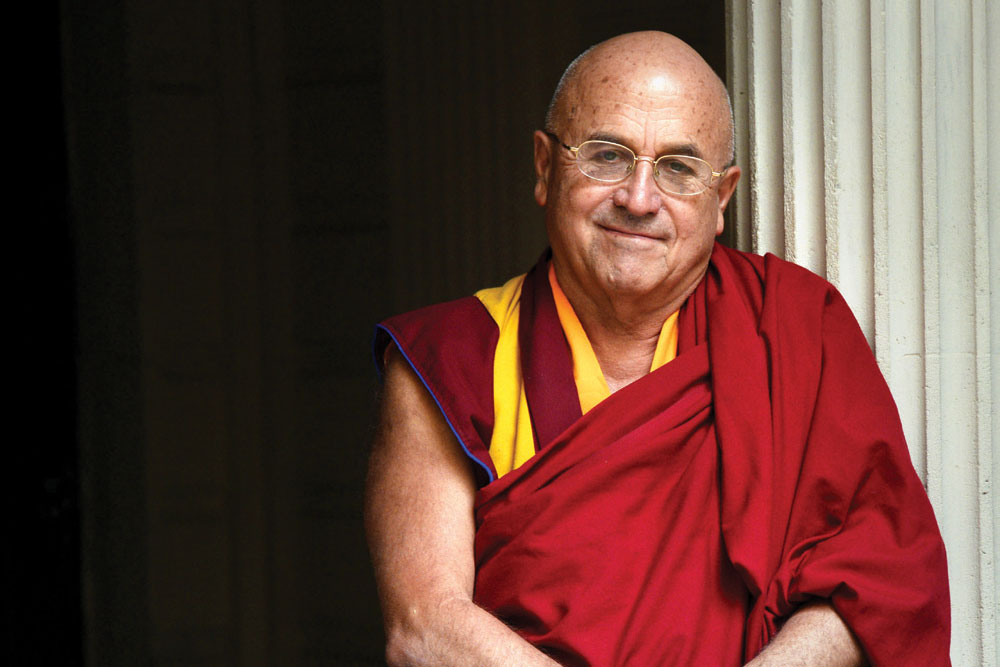 वसुधैव कुटुम्बकम्—This is an expression one encounters all the time. वसुधा + एव कुटुम्बकम् is how it is broken up. Translated, this means ‘The world is indeed a family.’ No expression should be plucked out of context, ignoring the rest of a shloka. Unfortunately, that invariably happens with vasudhaiva kutumbakam. The complete shloka states अयं निजो परो वेति गणना लघुचेतसाम्। उदारचरितानां तु वसुधैव कुटुम्बकम्॥ ‘This calculation of what is mine and what is someone else’s is for a narrow-minded person. For a person who is generous of heart, the world is indeed a family.’ The ordinary person doesn’t show a vasudhaiva kutumbakam mindset. It is meant for those who are exceptional. Where is the original text from? There is a rather remarkable piece of detective work done by Sarvesh Tiwari, tracking the expression down through Hitopadesha, Panchatantra, Vikarama-charita and Mahopanishad

You will find this at https://bharatendu.com/2008/08/29/the-hoax-called-vasudhaiva-kutumbakam-1-hitopadesha/. Across texts, there are minor variations. However, if someone asks you about the original source, you can safely say Mahopanishad, 6th chapter. Depending on which version of the text you have, the shloka number will be around 70, 6th chapter.

There is also indiscriminate usage of the expression अतिथि देवो भव, translated as, ‘the guest is like a god’. The sense is correct, but the translation is awful. That word भव has the sense of ‘to be’. Is the guest being asked to be like a god? Is a god being asked to be like a guest? None of these. The text is from the Taittiriya Upanishad, the 2nd shloka in the 11th anuvaka. This part is also known as shikshavalli. A disciple is actually being addressed and told मातृदेवो भव। पितृदेवो भव । आचार्यदेवो भव । अतिथिदेवो भव । ‘Be one to whom the mother is like a god, the father is like a god, the preceptor is like a god and a guest is like a god.’ अतिथि means guest, but that expression is an interesting one. अ + तिथि makes up अतिथि, तिथि is a specific day. On a day when there is a feast or a festival, you expect guests and visitors to turn up. Therefore, you expect to offer them food and treat them well. An atithi isn’t that kind of guest at all. He/she turns up uninvited and unannounced and you still treat such a guest well, like a god. Traditionally, whenever a guest turns up, he/she is offered padya (water to wash the feet), arghya (a gift), achamaniya (water to rinse the mouth) and asana (a seat). These days, when someone invites us, we always take along a gift. In a way, this turns things upside down. I haven’t done a guest a favour by inviting him/her home. He/she has done me the honour of visiting my home and offering me the opportunity to serve him/her. It is the same way for dana, gifts or donations. The donor, no matter how generous, shows no favours to the recipient. Instead, the recipient shows a favour to the donor by providing the opportunity. Most of us are in garhasthya ashrama, the householder stage of life. Translating yajna as sacrifice or worship, doesn’t convey its complete sense. Nevertheless, as householders, there are five maha yajnas (great sacrifices) we have to perform—oblations to gods (deva yajna), studying (rishi yajna), oblations to ancestors (pitri yajna), offering food to birds and animals (bhuta yajna) and hospitality towards guests (atithi yajna).

There is a story about a fowler and two pigeons. This is in Shanti Parva of the Mahabharata, but finds a place in some Puranas too. A fowler made his living from catching and selling wild birds. He went to the forest to do this and caught a female pigeon, imprisoning it in a cage. It was a cold night. A storm was brewing. He sought refuge under a tree, the precise tree under which the pigeon couple had made their nest. Since his wife had gone out and not returned, the male pigeon lamented. From inside the cage, the female pigeon heard this lament and replied that he shouldn’t worry about her. Instead, they should tend to the guest. Since the fowler was cold, the male pigeon collected some dry leaves and lit a fire. Now that he was warm, the fowler was hungry. The male pigeon threw himself into the fire to provide food to the fowler. You should read the Mahabharata (or Puranas) to find out what happened to the female pigeon and the fowler. This isn’t the only story of its kind, nor the only one where birds sacrifice themselves for guests. In ‘Karma Yoga’, Swami Vivekananda recounts another such story, where unexpected guests arrived in a forest. An entire family of birds, mother bird, father bird and three small birds, immolated themselves in a fire so that the guests could have food to eat. Nor should one forget Yudhishthira and the mongoose. When Yudhishthira conducted a horse sacrifice, after the Kurukshetra War was over, a mongoose turned up at the sacrifice. Half of its body was golden. The mongoose thought Yudhishthira’s sacrifice was not all that great. Quizzed, the mongoose came out with the story. There was a brahmana family and an unexpected guest turned up. The family had very little food, only a handful. For the sake of the guest, one by one, the brahmana, his wife, his son and his daughter-in-law, gave up the little bit food they possessed. When the mongoose rubbed its body on the dust there, half of its body turned golden. It roamed around, visiting other sacrifices, in the hope that the remaining half of its body would turn golden too. But there was no such luck, not even at Yudhishthira’s sacrifice. The point about all these examples is that there is no quid pro quo.

There are various conspiracy theories—moon-landing hoax, climate-change fraud, vaccination conspiracy, suppressed cancer cure. A British (Oxford) physicist and cancer researcher, David Robert Grimes, recently published a paper on why these conspiracy theories are false. This is titled On the Viability of Conspiratorial Beliefs and https://journals.plos.org/plosone/article?id=10.1371/journal.pone.0147905 is where you will find it. I am not going to get into the mathematics (Poisson distribution/probability) of the model or the conspiracy theories themselves. Suffice to say, as more and more people become involved, it is impossible to keep a conspiracy a secret. In the abstract to the paper, Grimes writes, ‘Simulations of these claims predict that intrinsic failure would be imminent even with the most generous estimates for the secret-keeping ability of active participants—the results of this model suggest that large conspiracies (≥1000 agents) quickly become untenable and prone to failure.’ Although the abstract mentions the number 1,000, for all practical purposes, the number is actually 100. Close-knit groups have a membership threshold of 100 and no more. I was struck by this because this reminded me of Dunbar’s number. In the 1990s, this was proposed by the British anthropologist Robin Dunbar. The proposition is that given the average size of the human brain, humans can only maintain around 150 stable relationships. More precisely, the range is between 100 and 250, with 150 taken as an average kind of figure. You will also find the Dunbar number discussed in Malcolm Gladwell’s The Tipping Point (2000). Such close-knit cohesive groups of 100 or 150 are where quid pro quo relationships abound. People who have crossed that threshold have moved away from the quid pro quo. There is a Buddhist monk named Matthieu Ricard who lives in Nepal. He has been called the ‘happiest’ person in the world. ‘Happy’ is an elusive expression and we will revisit it later. In this particular case, neuro-scientists from University of Wisconsin plugged 256 sensors into the monk’s brain. This is what they found. (https://www.simplecapacity.com/2015/05/brain-scans-reveal-the-world-happiest-man/). ‘The scans showed that when meditating on compassion, Ricard’s brain produces a level of gamma waves—those linked to consciousness, attention, learning and memory—‘never reported before in the neuroscience literature’, Davidson said. The scans also showed excessive activity in his brain’s left prefrontal cortex compared to its right counterpart, allowing him an abnormally large capacity for happiness and a reduced propensity towards negativity.’ The monk attributes his ‘success’ to meditation (15 minutes a day) and altruism.’ I don’t think anyone asked Matthieu Ricard how many people he knows intimately, as friends, as part of his social group. I am certain the answer is much more than 150. Let me restate this in a slightly different way. As long as your group is limited to that 150, I think most relationships are based on a direct quid pro quo. Once it expands beyond that 150, the direct quo pro quo breaks down. You don’t do things because you expect something in return. Stated almost paradoxically, while you are still the centre, because the radius of the circle expands, you become less of the centre. To use an economist’s language, people who are members of such larger networks benefit from positive externalities. (Think of old boy/girl networks.) Because you do things without expecting a direct quid pro quo, things are also done for you, without expecting a direct quo pro quo. Even from your limited and narrow perspective, being altruistic is better than being selfish.