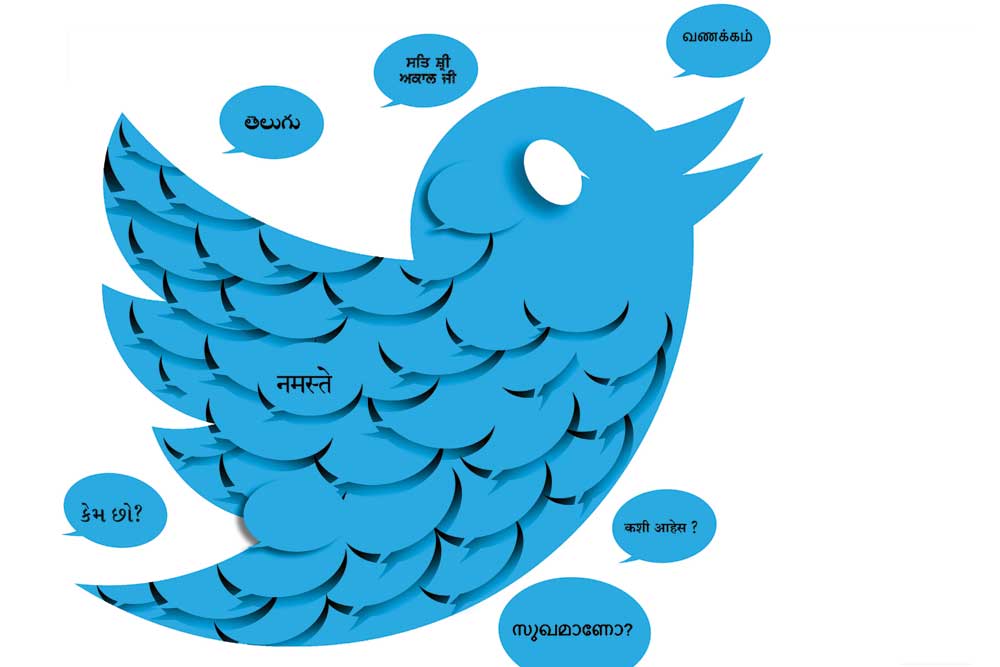 AS THE CLOCK began to tick on the three young IIT-Kanpur graduates determined to make a success of their startup idea, a debating app called Opinio, back in 2014, they turned to the query that has long rankled Indian minds, both in the real world and now online, and which, despite some ups and downs, is far from settled. ‘Salman versus Shah Rukh—who is the better actor?’

The barely 20-something founders were roughing it out in Mumbai back then, sleeping at night in the office of one mentor (Grabhouse) and working by the day in another (India Quotient), surviving on a daily expenditure limit of Rs 600 (Rs 300 on meals and the remainder on autorickshaw fares to shuffle between the two offices), skipping meals and not bathing or changing their clothes, sometimes for as many as 45 days at a stretch. They had turned down alluring job offers and had promised their parents they would take those offers up if their idea did not work out.

The three—Farid Ahsan, Bhanu Singh and Ankush Sachdeva— were already tapping into popular online topics (Sachin Tendulkar versus Sunil Gavaskar, MS Dhoni versus Virat Kohli). Now they began to go to the many passionate fan pages of actors Salman Khan and Shah Rukh Khan that exist on Facebook and ask the users there to log on to Opinio to conduct a debate on who was the superior of the two actors. They would create chat groups on WhatsApp and ask the members to download the debating app to further the discussion. Often, mischievously, they would go to these fan pages and, exploiting the core anxieties of these devotees, leave messages such as, “Jaldi aao Opinio mein. (Salman) Bhai ki bajaa rahe hai (Log on to Opinio. Salman is being abused).”

This effort led to some downloads, a conversion rate of about 10 per cent, they assume. But the app never really took off. However, on one occasion, while interacting with a Facebook page of Salman Khan fans, they noticed something unusual.

One user, Ahsan remembers, posted a comment. It read, “Maine WhatsApp mein Salman Khan fan club shuru kiya hai. Apne phone numbers daliye (I have started a Salman Khan fan club on Whatsapp. Please post your phone numbers).” The user was asking Salman Khan fans to post their numbers so they could be added to a WhatsApp group where pictures and videos related to the actor could be shared. To their utter surprise, every few seconds, a new number began to be posted. “There were like 30,000 or 35,000 phone numbers in about three hours,” Ahsan says. “It was crazy.”

The three eventually abandoned their debating app. But that day, as hundreds and hundreds of people began to share private phone numbers in a public Facebook group without care or concern, the three gathered insights that they believe served them well. There were people out there, they realised, who wanted content, in this case content such as photographs and videos of Salman Khan, and, perhaps most importantly, they wanted to connect with one another.

India is going through a rapid communication revolution courtesy the mobile phone. The smartphone market has begun to saturate across the globe, in the developed West and even in China. In India, on the other hand, not just in the larger metros, but even in its many smaller towns and cities, the market is just beginning to open up. Smartphones are becoming inexpensive, data plans are becoming cheaper, and every day, more and more Indians are logging on to the internet.

The internet opened up to us in the 2000s. We are wary of certain things. But with new users, this is not the case

India is currently the second largest smartphone market in the world after China. As the internet expands, its growth is reaching its limit within one section of the society, the one that communicates and consumes data in the English language. It is the next large, unconnected mass, the one that prefers a local language, which all the multinational tech firms and smartphone markets want to capture.

Unsurprisingly, connecting these huge masses of first-time internet users with content, opinions, and just online friendship— in a way several of us English language users experienced for the first time back in the early 2000s—is the beginning of the rise of the local language social media.

There are no Game of Throne memes or cat videos, nor are there any ice bucket and mannequin challenges. On local language platforms, there are, instead, messages and greetings on pictures of flowers and green landscapes. Messages of love are written out on Bollywood memes. And hundreds and hundreds of good morning and good night messages (‘dil se goodmorning’, ‘sweet dreams goodnight’) stream through the day.

Anurag Gaur, a 45-year-old Pune-based entrepreneur, worked for several years in companies like Kinetic, travelling often to China and countries in Africa where he would be involved in the sales of products like motorbikes and auto- rickshaws, before he launched a Hindi social media platform, Mooshak, two years ago. Mooshak is a microblogging platform, somewhat like Twitter, except the content here is not restricted to 140 characters but 500. So far, Gaur claims, the platform has been downloaded 92,000 times.

He talks about the anomaly of the Indian internet market. Unlike countries like China where the internet grew in their local languages, he points out, in India, the language of the internet has remained English. “Just think about it,” he says, “All our celebrities and politicians, their daily work is in Hindi or some other local language. But when they come on Facebook or Twitter, they have to write in English. Speak in Hindi on the field, but English on Twitter. Odd, isn’t it?”

When Amitesh Mishra, Kalpnesh Gupta and Nikhil Tiwari— three friends who grew up in the 1990s in Kanpur and left the city to pursue their education elsewhere—returned to the city of their childhood some years ago, they realised how much cellphones and the internet had penetrated the city. “Yet, all people did was go to Google and visit either the website of Dainik Jagran or Dainik Bhaskar (Hindi language newspapers),” Mishra says. “There was just no other content for them to consume.” The likes of Facebook offer their platform in Indian languages, Mishra says, but the translated versions are poor, and a large amount of English- language content continues to remain. “Even those who are proficient in English prefer ‘kaise ho’ to ‘how are you’. Or chat in Hindi using the Roman script,” says Mishra.

To address this lack in the internet content of the Hindi language, the trio first began a Hindi language blogging platform, ShabdaNagari, which was later rejigged as a social media networking site when they felt that people wouldn’t just want to create and consume Hindi language content, but also connect with one another. The way Mishra describes it, ShabdaNagari is a combination of services provided by Facebook, Twitter, Quora and blogging, but in Hindi. But the emphasis on blogging remains.

ShabdaNagari raised Rs 1.2 crore last year as an angel investment and the team has recently moved their office to Delhi. They currently claim to have a registered user base of 35,000 people. Both ShabdaNagari and Mooshak are being upgraded, and in a few months, a new version will be launched, which, they say, will incorporate instant messaging services in a variety of Indian languages. ShabdaNagari, within their platform, had also introduced a marketplace for Hindi-language books. But this hasn’t been working as well as expected, and it will be scrapped soon.

Among these platforms, the largest is what Ahsan and his colleagues eventually came up with. Picking up the pieces from the now-abandoned debating app, the three launched Sharechat in 2015, a social media platform that is available in several local languages. From four languages, the site is now available in eight—Hindi, Telugu, Marathi, Malayalam, Bengali, Punjabi, Gujarati and Tamil. So far, the ShareChat app has been downloaded 8 million times. On New Year’s Eve in 2016, as many as seven lakh people appeared on the platform within an hour, the founders say, looking for content and sharing it, leading for the system to crash.

While promoting their debating app, the three had each created 200 WhatsApp groups for just Salman Khan and Shah Rukh Khan fans. They would wake up every morning to clogged up phone memory, since the members in the 600-in- all WhatsApp groups were constantly interacting with one another, sending pictures, videos, jokes and memes. As they began to observe these groups, they realised that many people in the group were first-time or early internet users. They did not care for privacy. They wanted content and were eager to connect with others. “The internet opened up to us some time ago in the 2000s. We behave in a certain way now; we are wary of certain things. We, for instance, would never share our phone numbers on a public platform. But with many new users, this is not the case,” says Ahsan. “They want to connect with one another, they want to become part of a social network. However, we have begun to notice, compared to a year ago, that people don’t list out their phone numbers as often as they did before. Perhaps, we are already seeing a maturing user base.”

DESPITE THE GROWING base of internet users who are not proficient in the English language, much of the content online still continues to be in English. Gaur believes this is going to be the challenge for local language social media. “Unless there is enough content in local languages, to share or talk about, social media in local languages is not going to see a big jump,” he says. Ahsan agrees there is a big lag between the demand and supply of local language content. Many people choose English as their default language setting in their apps, preferring to chat in Hindi using letters from the Roman script, for instance, he says, because no one designs good platforms for them in local languages.

Like social media platforms elsewhere, some ShareChat users have become incredibly popular, amassing as many as 60,000 and 70,000 followers. These are people who provide health tips, jokes and recipes, and there exists at least one teenager who has created the fictitious character of a tauji (uncle) doling out advice to other users. The founders have also heard of three weddings—two among Punjabis and one between a Malayalee couple—where the partners first met on ShareChat. Around 85 per cent of the users come from non-metro areas and 78 per cent of them are male. Ahsan points out that the platform has more male users probably because the father of the household tends to get the first smartphone before the children and the wife acquire it. “Today, we are the largest creators of vernacular content,” he says, “We are connecting and building the internet experience for the next 400 million internet users.”

Talking about the manner in which the internet has so far been built in India, Ahsan searches for an appropriate metaphor before arriving at the example of a commoner who is told he can eat what he wants for free at the Taj hotel in Mumbai. “Do you think he will? He won’t. He will be too inhibited to step inside.” Perhaps that’s what the likes of ShareChat are doing—making an unfamiliar place less daunting, connecting one to another and lighting the place up with hundreds of ‘goodmornings’ and ‘goodnights’.