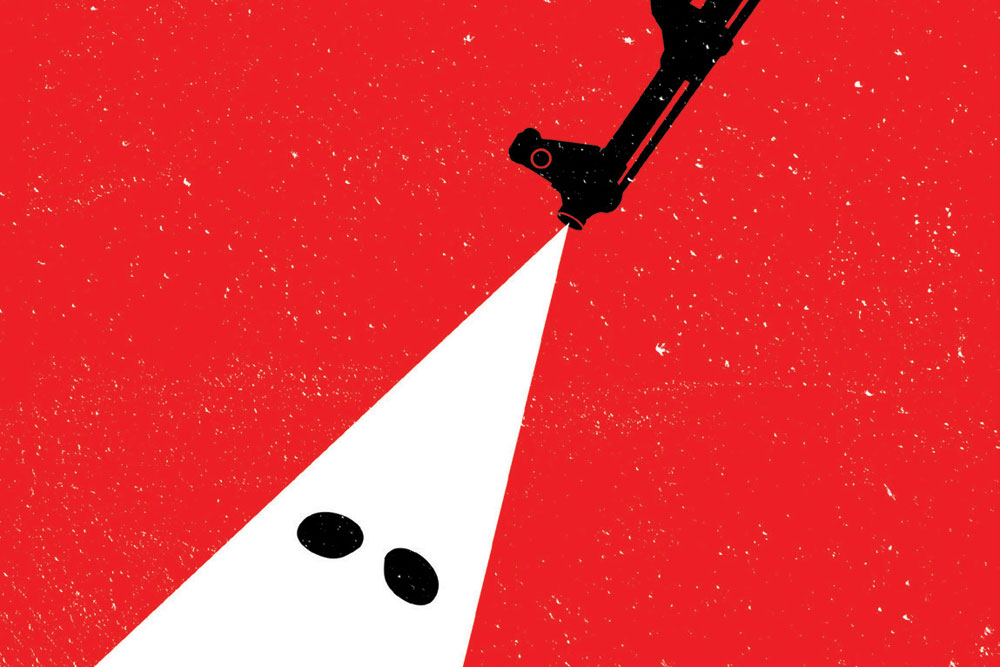 TERRORISM—AS THE security expert Brian Michael Jenkins once described—is theatre. Every terrorist act is a twisted performance intended not just to kill but to reach as wide an audience as possible. The latest Christchurch mosque attacks are different. From the moment the terrorist (Brenton Tarrant) strapped on a GoPro camera to live-stream it, while also posting links and his manifesto elsewhere, right to the online meme culture and in-jokes he references to (at one point, even turning the camera to his face as though taking a selfie), it became made for the internet. It was meant to go viral. The video reappears on the internet even though it is constantly taken down. Facebook claims it showed up 1.5 million times in the first 24 hours on their platform.

But what this virality also achieves is to make it impossible to dismiss anymore the violence committed by White supremacists as something removed from the label of terrorism. Acts of White extremists have been long dismissed as stray episodes. It was framed as local acts of deranged individuals and not what it had self-evidently become—a form of terrorism with a doctrine and followers. Even after the Christchurch news broke out, when Donald Trump was asked if he believed White nationalism was a threat, he responded, “I don’t really… I think it’s a small group of people that have very, very serious problems.”

But it will be increasingly difficult to perpetuate that myth. White nationalism has a global ideology. We only have to look up the text put up by Tarrant or visit some of the internet forums White nationalists frequent to understand that.

According to a Center for Strategic and International Studies report last year, between 2016 and 2017, far-right attacks in Europe jumped 43 per cent and quadrupled in the US. An Al Jazeera article gave an abbreviated list of recent terror attacks which, it said, included, ‘Robert Gregory Bowers’ killing of 12 Jewish worshippers at a Synagogue in Pittsburgh, Pennsylvania in 2018; Alexandre Bissonnette’s massacre of six Muslims in the Quebec City mosque in 2017; Dylann Roof’s murdering of nine black Christian parishioners in a Charleston, South Carolina church in 2015; and Anders Behring Breivik’s slaughter of 77 people in Norway in 2011.’

There are similarities between Tarrant and Breivik. Tarrant refers to Breivik in his manifesto calling him his inspiration. Both published their texts on the web right before the attacks, both wanted to stream their acts, and while Breivik attempted to use the court proceedings to further elaborate on his ideology, we know now that Tarrant has dismissed his lawyer and plans to represent himself. Asne Seierstad, the author of a book on Breivik (One of Us: The Story of Anders Breivik and the Massacre in Norway) wrote about these similarities between the two in the New York Times. According to her, both Breivik and Tarrant display traits of narcissistic personality disorder. ‘The two men mix rage with self-pity. They see themselves as victims and use terms like “invasion,” “mass immigration” and “white genocide” to describe what they regard as the destruction of Europe and the white race. Both the Australian and the Norwegian barely mention their own homelands and focus on Europe and the United States. Mr. Tarrant sees the white population of Australia and New Zealand as Europeans,’ Seierstad writes. ‘Like the Norwegian, Mr. Tarrant is obsessed with birthrates and describes Europe as growing weaker and older. The Norwegian terrorist wanted to establish state-run birth clinics where blond, blue-eyed mothers would give birth to a dozen children each. Mr. Tarrant wants to restore what he calls “traditional family values”.’

White terror now has a shape and structure. And the horror of the Christchurch attacks will at least finally make governments address it for what it is.