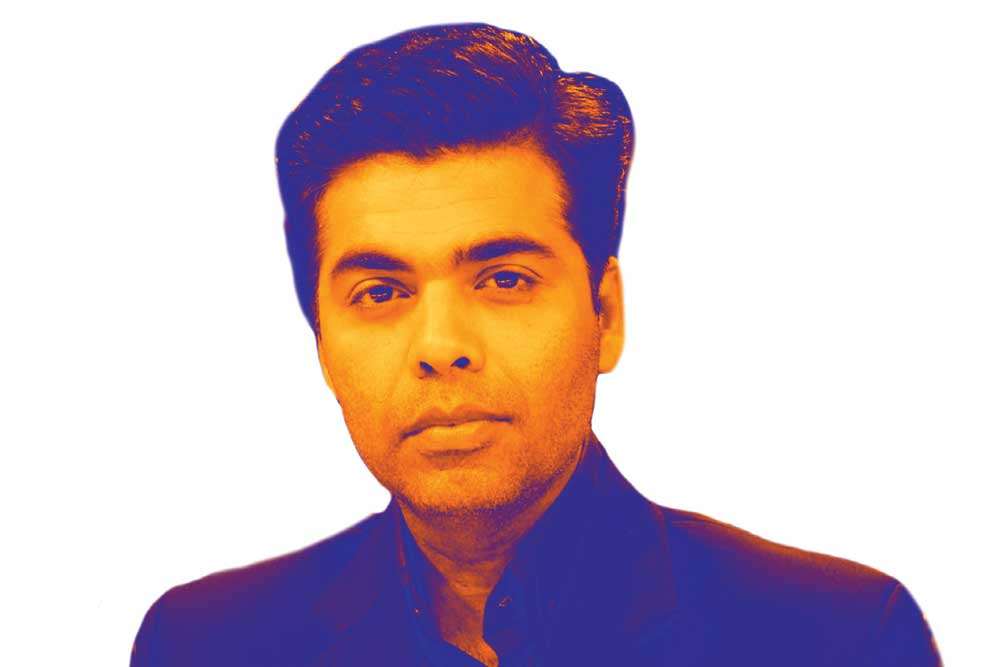 IN A LOT of ways, despite the stifling formal strictures of our land, the gay community in India has made rapid strides. Our mainstream discourse might still be largely homophobic. Gay sex may still be criminalised. But everywhere you look, both in our large cosmopolitan cities and smaller towns, people are coming out of the closet. You can see them in colourful pride parades, protesting against the law that criminalises homosexuality, setting up support systems for themselves, converting conservative parents and relatives to their cause, showing that homosexuality—unlike what the courts say—cannot be dismissed as ‘against the order of nature’.

Yet, save for a few, the upper echelons of Indian society maintain a frightening silence on the issue. Film stars, sportspersons, industrialists, artists, anyone with an image that can be hurt—none of them comes out. As though everyone is straight. As though heterosexuality is the only order.

It is here that Karan Johar’s admission, released recently through excerpts of a forthcoming biography, becomes interesting. Johar almost acknowledges his homosexuality, but stops just short of openly admitting it. ‘Everybody knows what my sexual orientation is. I don’t need to scream it out. If I need to spell it out, I won’t only because I live in a country where I could possibly be jailed for saying this. Which is why I Karan Johar will not say the three words that possibly everybody knows about me,’ he writes in the excerpt that appeared in a news daily.

The admission has obviously got a lot of people talking. There are those who have applauded him for his bravery. And many, especially in the gay community, who have expressed their disappointment. Being gay isn’t criminal, as several have pointed out, gay sex is. But the let-down has mostly been from the larger signal sent: that by expressing his fear and opting not to admit his sexuality, Johar does a profound disservice to the community; that confused gay youths in far-flung places struggling with their sexuality, already living lives of lies, might be inclined to give up hope of legal reforms.

The act of coming out is a deeply political act. Every time someone comes out, braving derision and abuse, often risking everything one has built or created, it shatters the silence. Every triumph of the gay rights movement has come about by the dint of such an act of defiance. It is imperative, in a way, that every gay public figure openly admits his or her sexuality. What happens in one’s bedroom may be nobody’s business, but in a human rights struggle such as this, it is often a gay celebrity’s social responsibility to set a path for those who are less privileged. Unlike most other celebrities, Johar has been hinting at his sexual preference for a long time. He has made several films with gay characters. There have been televised spoofs and jokes about homosexuality that he has participated in.

Growing up gay in show business must be far from easy. Its insistence on appearances, on a certain fixed sexuality, must have been incredibly confounding and tiresome for someone born to Bollywood. His excerpts reveal that troubled mind. He talks about his weight issues, a sense of his physical undesirability and lack of confidence, the fear of being spotted with male stars, and how he brushed it all under the carpet as he went through the making of his early films.

With Johar, you get the feeling that he has constantly been flirting with the idea of revealing his sexuality. To let it off his shoulders. Through his allusions alone, he has come to be a gay icon. But, as he says in the excerpts, ‘I don’t want to be iconic anywhere. I want to live my life.’ Sometime, maybe, he will finally yell it out. Until then.