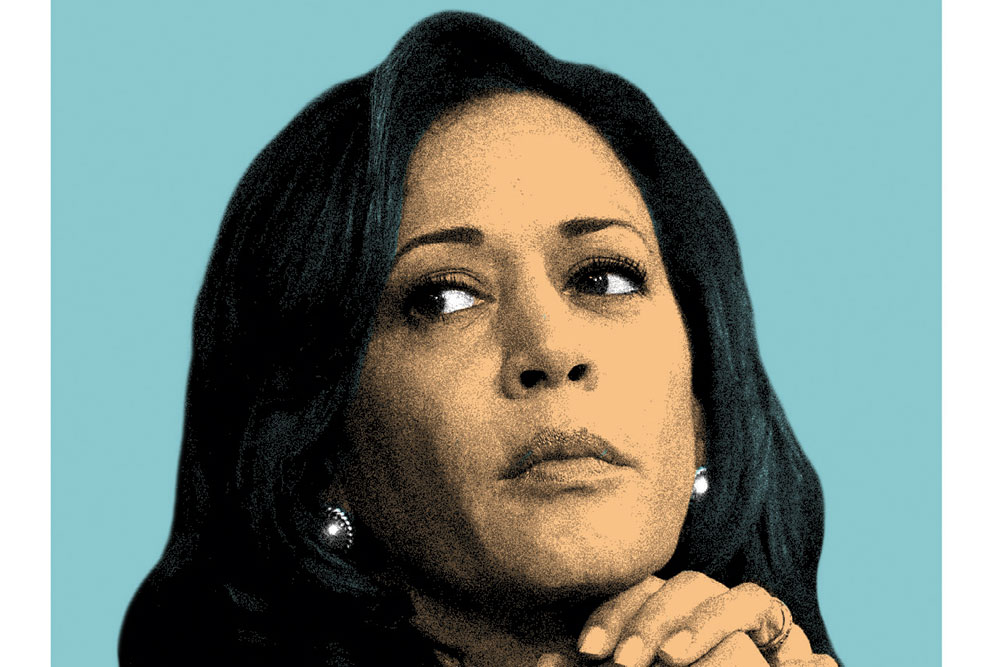 WE DON’T KNOW the extent to which sexism played a role in the 2016 US presidential vote. We cannot tell if Hillary Clinton failed to win the White House primarily because of her gender. But what we can say with certainty is that Trump won despite numerous allegations of sexual misconduct and a video clip of him bragging about groping women.

And yet, less than a term later, we already have four high-profile women Democrats—Tulsi Gabbard, Kirsten Gillibrand, Elizabeth Warren and now Kamala Harris—who have announced plans to run for president in 2020, with a fifth, Amy Klobuchar, also said to be considering it. Already, this means the largest number of female candidates at a presidential primary, at least in recent times. There’s good reason to believe America is at an inflection point when it comes to matters of gender justice. The Trump presidency appears to have galvanised women. They took to the streets in large numbers on Trump’s Inauguration Day. And more recently, they ran and won in record numbers in America’s mid-term polls.

From the current list, there are few who have generated as much interest as Kamala Harris. Her announcement was bathed in symbolism. She chose to enter the race on January 21st, on Martin Luther King Jr holiday, an overt nod to the historic nature of her candidacy. The design for her campaign logo was reminiscent of the pin-on buttons used in 1972 by Shirley Chisholm, the first woman and African-American to seek a major political party’s nomination for president.

Harris, although a first-time senator with little sway outside her home state of California, is seen as a formidable candidate. She is something of a star in the making in the Democratic Party. Born in 1964 to immigrant parents—her mother, Shyamala Gopalan, a cancer researcher, was born in India; her father, Donald Harris, an economics professor, was born in Jamaica—she was already dubbed the female Obama when she ran for the senate a few years ago.

Much of the excitement is justified. If she were to win the primary race for the Democratic nomination, she’d become the country’s first woman of colour to be put up by a major political party for the White House. And it isn’t just about optics. Since arriving in the Senate, Harris has built a reputation for tough talk. Her prosecutorial style of questioning Trump administration officials at congressional hearings has won admirers. In one particularly combative exchange with Jeff Sessions, a former attorney general, he even said her rushed questions were making him “nervous”. During the recent mid-term elections, Harris campaigned on behalf of women and minority candidates. She has a Bernie Sanders- like liberal agenda, backing ‘Medicare for All’ and vowing not to accept donations from corporate political action committees. (She raised $1.5 million from 38,000 donors in the first 24 hours of her campaign, matching Sanders’ record.) She is said to have close ties with the African-American community.

Of course, even if Harris—or any other female candidate—goes on to get the nomination, the going won’t be easy. Women candidates face more suspicion and scrutiny. The New York Times reported a study conducted by political scientist Dan Cassino in 2016. When half a sample of male voters in New Jersey were told women now out-earn men in several households, asked if it was true in theirs, and then asked to choose between Clinton and Trump for president, they favoured Trump. Those who didn’t have the question posed that way chose Clinton. Asked to pick between Sanders and Trump, the two groups showed no such difference.

Clinton came quite close to shattering the proverbial glass ceiling. If one is to go by all the excitement Kamala Harris’ announcement has sparked, there’s no reason another woman won’t take a stab at it in 2020.