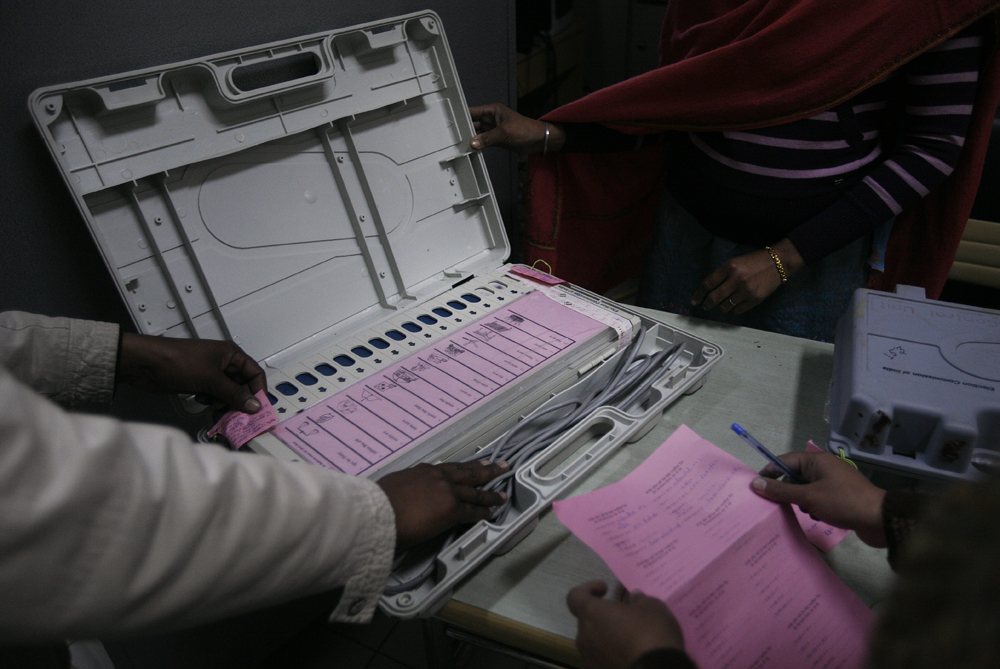 MUDSLINGING AND OUTLANDISH accusations among rivals is normal fare in Indian politics. It is also not unusual to hear allegations about abuse of official positions to further political ends. At one time, in the 80s and early 90s, it was routine to hear about ballot stuffing and tampering of electoral processes. This came to an end after the TN Seshan era at the Election Commission of India (EC), when the first steps toward ensuring free-and-fair polls by creating processes to that end were taken. Voter identity cards, once held as quixotic if not downright ‘anti-democratic’, were introduced. A model code of conduct was put in place and preparations made to introduce Electronic Voting Machines (EVMs). Indian democracy became all the more robust as a result of all this.

Unfortunately, that era seems to be at an end. Recently, an unknown individual in London sought to demonstrate how EVMs could be hacked. This was denounced by the EC and legal action has been initiated against the person. But not before the Indian media lapped up these dubious claims, giving them the much-needed oxygen. This is to the detriment of India’s democracy, as accusations against EVMs have never been substantiated. Last year, the EC held an open house of sorts where all parties were invited to participate and try their hand at hacking EVMs. It is notable that one political party—known for making rather strange claims—did not participate. All such charges of EVM vulnerability to hacking have remained unfounded.

It is interesting to note that almost all parties have claimed at some point or the other that EVMs can be manipulated. This has become a joke. First, usually before an election, it is claimed that EVMs can be tampered with and doubts are cast over the outcome of a yet-to-be-held ballot. Second, once an accusing party wins the polls, these accusations are quietly buried. Finally, it is the turn of the losing party to make wild allegations. This has been seen repeatedly over the last five-odd years in state elections from Punjab to Bihar and from Madhya Pradesh to Telangana. It is another matter that none of these allegations have been substantiated.

This trend in Indian politics is dangerous, as it potentially erodes popular confidence in democracy. It also casts some doubt on the maturity of political parties. And both cast India in a bad light.