Fact and Fiction in Kashmir 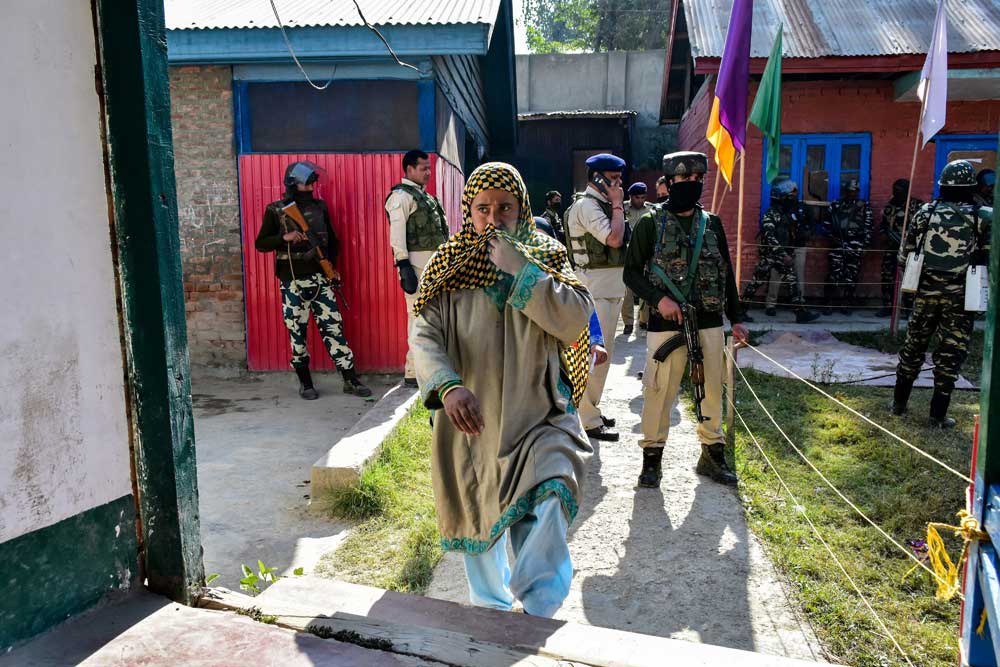 MUCH HAS BEEN made of the low turnout in the recently concluded local-body elections in Jammu and Kashmir (J&K). At 35.1 per cent, the overall voting percentage is indeed low by Indian standards. There have been calls for the Union Government to ‘wake up’ and do the ‘needful’.

These are standard tropes used by those ill informed about the state’s special and almost unique circumstances. The low percentage hides a story in itself. In the Kashmir region, the turnout was very low, at 6.7 per cent, while that in the Jammu and Ladakh regions was much higher, making the ‘overall percentage’ a more or less meaningless figure. What needs attention is the Kashmir Valley and not the other parts of the state.

Here it can be said that headway has been made. A well organised and virulent campaign was launched against elections and claims were made that the process was devoid of legitimacy. In doing this, separatists and the two hereditary parties of the valley, the People’s Democratic Party (PDP) and the National Conference (NC) joined hands. This was understandable. The two parties, led by a tight-knit circle of family members, witnessed political competition by non-hereditary politicians for the first time. The separatists in any case do not want elections. The combination says a lot about Kashmir’s toxic political environment.

The elections were important for two reasons. One, green shoots of political competition are now to be seen everywhere in Kashmir. Two, the ‘thinness’ of politics at the local level—below that of representatives in the Legislative Assembly—is the main source of India’s troubles in this restive province. The two hereditary parties have by design ensured that this level—the one where voters and their representatives are the closest in terms of geographic space and a web of local relations—remains the weakest link in the political chain. The power of these parties to blackmail the establishment in Delhi (‘Deal with us or India will lose Kashmir’) flows from this vacuum. For the most part, from the days of Jawaharlal Nehru to Manmohan Singh, the Union Government has given in.

That is changing now. A new crop of youthful and experienced leaders who were denied opportunities in Kashmir’s two parties have now found an alternative: to go it alone. The Centre, too, has played a significantly supportive role in this process.