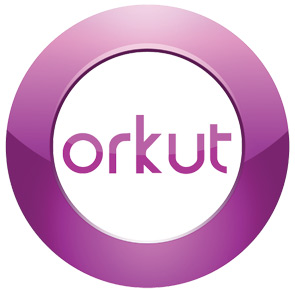 In the pantheon of Google gods that occupy the temples of our digital lives, there are those that led short and insignificant lives, like Google Wave and Google Buzz. There are behemoths like Google Search, Gmail and YouTube that we continue to pay daily obeisance to. There has, however, never been a Google incarnation more endearing and casually intimate as Orkut, whose aim was to wrap the globe in chains of friendship. And one which went as suddenly out of fashion as it had become a rage. Come 30 September, as Google casually announced recently, Orkut will be forever put to rest. In the harsh unforgiving world of modern technology that thrives on innovations and re- inventions, this Google service just couldn’t make it.

The 21st century arrived in 2000, but in India at least, it was Orkut that announced its spirit four years later. It was the father of all modern networking sites. It might appear clumsy when one compares it to its modern incarnates, but this pastel-blue, by-invitation only website was nothing short of revolutionary. It allowed people to befriend others, to create and join online communities, and to find long-lost lovers to whom you could scrap personal messages. With smiley faces, ice cubes and hearts that served as ratings for friends, Orkut made the internet not just a nerdy or utilitarian pastime. It made the internet cool.

Born at a time when Facebook was still just a college dorm project, Orkut was the first big social networking site of its time. It did not derive its name from the Finnish slang for ‘orgasm’, as many presumed, but from the name of its Turkish developer, a Google software engineer named Orkut Büyükkökten. Strangely, it never quite caught on in the US, its intended country, but became a phenomenon in Brazil and India. MySpace, a networking site that focuses more on music and entertainment, became the preferred medium in the US. Just four years into its launch, Orkut had some 13 million visitors in India alone. Facebook, which had begun to take over most markets on other shores, did not have comparable numbers.

Nobody quite understood why Brazilians and Indians took to it and not Americans. Some even reasoned that this was because the website had little difficulty running in spite of slow internet connections. When the Brazilian newspaper Folha de São Paulo asked Büyükkökten in 2005 to explain the website’s popularity, he guessed, “Maybe it is cultural. It has to do with the personality of the country, who are known as friendly people.”

But then it became creepy. The very public nature that allowed the website to catch the imagination of people became its curse. Women began receiving unsolicited and undesirable requests for friendship. All the data and pictures on the website, people began to realise, were accessible to anyone. A string of negative reports—of hate groups instigating clashes, of rave party invitations, and of kidnappers befriending a teenaged victim, Adnan Patrawala, on the website, and later murdering him—drove the proverbial nail further into the coffin. And abruptly, the website had overstayed its welcome.

A sleeker alternative that incorporated and improved upon many of its ideas was soon around, and by 2010 Facebook became India’s preferred networking website. Orkut was soon a ghost town nobody visited. It continued to survive the years, but as we realise now, it was all on borrowed time.

Today, in the age of Facebook, as we realise the force of online social media and lament the vulnerability of our personal data, it is perhaps appropriate to lay a virtual flower to its first predecessor and remember a time when social networking did not mine users data to sell products, but carried with it the promise of a new century.