Dealing with the Deluge 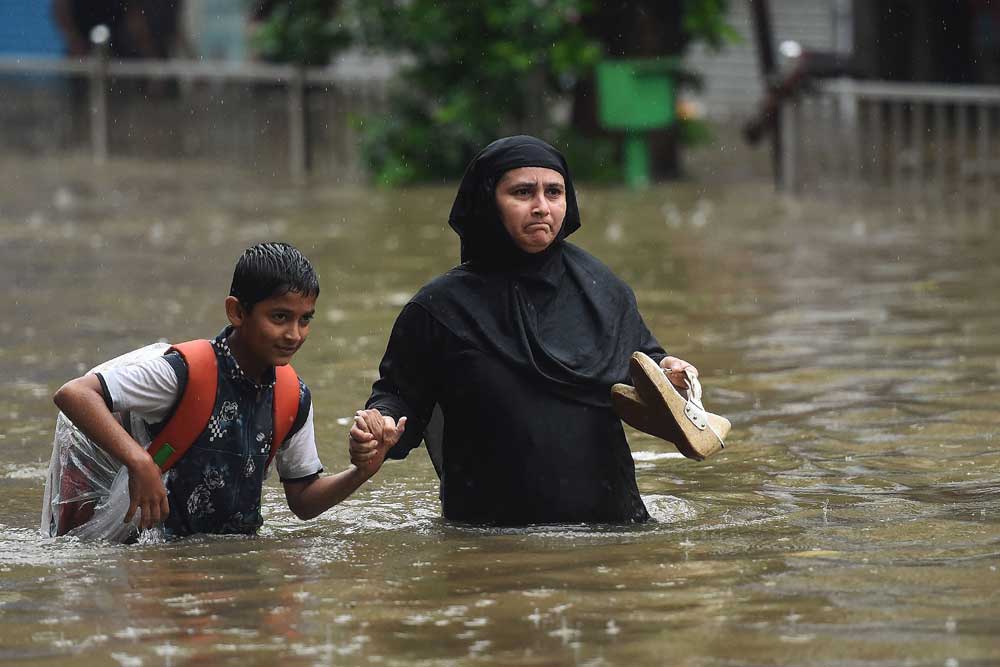 CLOSE TO 16 MILLION people have been affected by a spate of floods in South Asia this monsoon. India, Nepal and Bangladesh have borne the brunt of nature’s fury. The number of persons displaced has been the highest in India, while damage to property has been the most extensive in Bangladesh.

In India, residents in all kinds of geographical zones—from rural to metropolitan—have had to suffer inundation. In Assam, close to 1.5 million people have been displaced by two waves of flooding barely within the gap of a month. In Bihar, the spillover from Nepal’s overflowing rivers and the deluge due to poor flood management is now almost an annual affair.

What has shocked many is the manner in which Mumbai was brought to its knees within a few hours of rainfall on August 29th. Home to one of Asia’s richest municipal corporations, the financial capital of India looked helpless. It was not efforts of the civic authorities that mitigated the trauma, it was the waters flowing away on their own that returned life to some normalcy.

Much of this has to do with our utter lack of preparedness for floods. This is an old lament, but one that remains valid. There are departments in many of the affected states that are devoted to flood management, each with its own budgets and resources. Somehow, their existence is never in evidence. The reasons are clear. Flood management is not a job for moments when rainfall exceeds a certain threshold of alarm. It has to be a year-round effort, involving the management of land and urban planning. This is to ensure that when a big flood comes, the waters have an outlet. In India, the haphazard construction of entire towns and cities has meant that risks to civic life from flooding only get magnified every passing year.

Then there is the other issue of managing climate risks. From Houston to Mumbai, it is obvious that ‘extreme climate effects’ are no longer rare, but more and more frequent. The broad reason for this needs no elaboration. What needs fixing is planning and resource allocation to meet these challenges that are only going to worsen in the decades ahead. From droughts to floods, the spectrum of extreme events is expanding. This, even as our ability to tackle them recedes.