A Muted Sequel to an Agitation 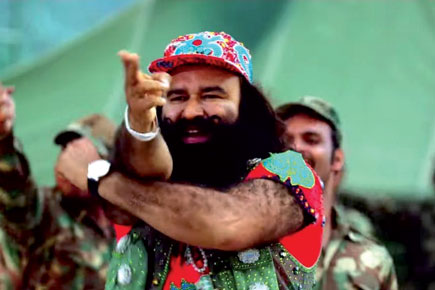 After starring, co-directing, singing, editing and in all likelihood also paying for the cost of the utterly awful film MSG: The Messenger, Sant Gurmeet Ram Rahim Singh Ji Insan, head of the Dera Sacha Sauda sect, now has a sequel that has been released. But unlike its predecessor, whose release was mired in controversy—which ranged from protests in various North Indian states against its release and a subsequent ban being enforced in Punjab to the Censor Board’s initially refusing to pass it—MSG-2 The Messenger has had a far less troubled release.

According to the Delhi Sikh Gurdwara Management Committee (DSGMC), an autonomous organisation that manages gurdwaras in the city and which was at the forefront of a protest against the first film earlier this year, it is looking the other way this time round on purpose. S Paramjeet Singh Rana, a member of DSGMC, says, “What we realised the last time was all our protests had a negative impact—people were getting to know him, and it was creating a buzz for his film. Otherwise, only Sikh groups in Punjab, Delhi and Haryana knew about him. So this time we’ve decided we won’t do any campaigning against him. His films are nothing but propaganda about himself. And we don’t want to be accidentally helping his cause.”

One of the main points of consternation for Sikh groups against Singh is that he is believed to have dressed on many an occasion as Guru Gobind Singh. Some Sikh groups in Punjab, like the All India Sikh Students Federation, have asked for a ban in the state on the new film, as with the first movie, but not organised public demonstrations against it so far. The organisation’s president Karnail Singh Peer Mohammad says, “We won’t allow his film in the state. Even the sight of a poster here is offensive to us.” He expects a ban to be imposed on the film soon.