Zoom to the Future

Galileo Galilei turned his telescope to the stars 400 years ago. No single moment has had a greater impact on our view of the world 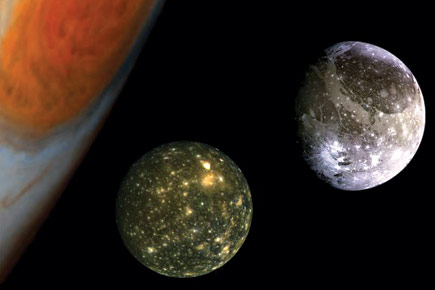 Galileo turned his telescope to the stars exactly 400 years ago. No single moment has had a greater impact on our view of the world.


Great indeed are the things which in this brief treatise I propose for observation and consideration by all students of nature. I say great, because of the excellence of the subject itself, the entirely unexpected and novel character of these things, and finally because of the instrument by means of which they have been revealed to our senses

It had taken Galileo several months in 1609 to refine the spyglass from a mere toy to a useful tool of observation. When he first came across the spyglass, it magnified objects to a mere three times their size. He refined it to a magnification first of 8 and then 20. On 25 August 1609, Galileo Galilei introduced his invention—the telescope—to the Venice Republic government.

The first object in the skies that caught his attention was the moon: ‘I have been led to the opinion and conviction that the surface of the moon is not smooth, uniform and precisely spherical as a great number of philosophers believe it (and the other heavenly bodies) to be, but is uneven, rough and full of cavities and prominences, being not unlike the face of the earth, relieved by chains of mountains and deep valleys.’ In a few months of observation, the distinction between heaven and earth was erased. When Galileo saw the moon through his telescope, old mythologies died; gods no longer had a place to hide. Religions had to recast themselves in this new image.

Next, Galileo turned to Jupiter, observing four of its satellites. Eager to retain the earth at the centre of the universe, supporters of the Church dismissed the Copernican view that the earth moved around the sun. They claimed that if the moon moved around the earth, then the heavens would require two centres of motion, seemingly an absurdity. But Galileo’s observation of Jupiter showed that it too had satellites orbiting it. Increasingly, such observations brought him in conflict with the Church. Assured by Pope Urban VIII that he could expound this view purely as a mathematical idea, he wrote Dialogue Concerning the Two Chief World Systems. It proved more than the Church could digest. Held guilty of heresy, he lived the rest of his life under house arrest.