Your Brain on Booze

Excess alcohol does not necessarily kill brain cells, it inhibits the formation of new memories 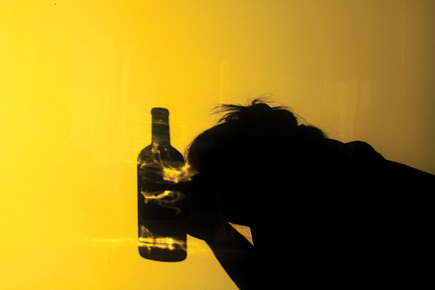 Excess alcohol does not necessarily kill brain cells, it inhibits the formation of new memories


At least some of us have experienced an alcohol blackout at some point in life. Whether it is forgetting how one managed to get home at night, or the erasure of a conversation one had under the influence of alcohol, where one sounded perfectly cogent during the actual conversation. Experiences such as the latter suggest that drinking copious amounts of alcohol has a selective impact on human memory, because a blackout can occur even while our cognitive functions are relatively intact.

In a paper published in The Journal of Neuroscience, neuroscientists at the Washington University School of Medicine in St Louis report that contrary to a widely held perception, exposure to large amounts of alcohol does not necessarily kill brain cells, what it does is inhibit certain chemical pathways that are necessary for strengthening connections between neurons and hence the formation of new memories. According to Research Professor Yukitoshi Izumi, “We’ve found that exposure to alcohol inhibits some receptors and later activates others, causing neurons to manufacture steroids that inhibit LTP [Long-Term Potentiation, the synaptic mechanism that underlies memory formation] and [hence] memory formation.”

“It takes a lot of alcohol to block LTP and memory,” says investigator Charles F Zorumski, “But the mechanism isn’t straightforward. The alcohol triggers these receptors to behave in seemingly contradictory ways, and that’s what actually blocks the neural signals that create memories. It may also explain why individuals who get highly intoxicated don’t remember what they did the night before.” Not all NMDA receptors (the relevant ones) are blocked by alcohol. Instead, their activity is cut roughly in half. “The exposure to alcohol blocks some NMDA receptors and activates others, which then trigger the neuron to manufacture these steroids,” Zorumski says. “Alcohol isn’t damaging cells in any way that we can detect. As a matter of fact, even at the high levels we used here, we don’t see any changes in how brain cells communicate. You still process information. You’re not anaesthetised. You haven’t passed out. But you’re not forming new memories,” he adds.