Why Do Humans Have Such Plain Faces?

Some primates have faces that come in several colours, but those living in large groups don’t 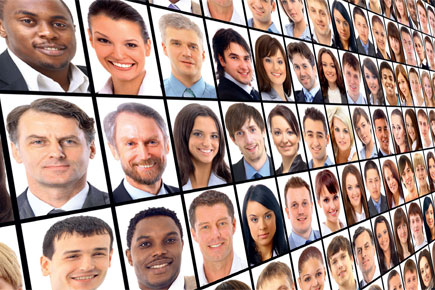 Some primates have faces that come in several colours, but those living in large groups don’t


UCLA biologists working as ‘evolutionary detectives’ studied the faces of 129 adult male primates from Central and South America. They found “very strong support for the idea that as species live in larger groups, their faces become more simple, more plain”, says the lead author of a paper published in Proceedings of the Royal Society B, Sharlene Santana. “We think that is related to their ability to communicate using facial expressions. A face that is more plain could allow the primate to convey expressions more easily.”

“If you look at New World primates, you’re immediately struck by the rich diversity of faces,” says Michael Alfaro, senior author of the study. “You see bright red faces, moustaches, hair tufts and much more. There are unanswered questions about how faces evolve and what factors explain the evolution of facial features. We’re very visually oriented, and we get a lot of information from the face.”

According to a university press note, ‘The life scientists divided each face into 14 regions; coded the colour of each part, including the hair and skin; studied the patterns and anatomy of the faces; and gave each a ‘facial complexity’ score. They studied how the complexity of primate faces evolved over time and examined the primates’ social systems. To assess how facial colours are related to physical environments, they analysed environmental variables, using the longitude and latitude of primates’ habitats as a proxy for sun exposure and temperature. They also used statistical methods to analyse the evolutionary history of the primate groups and when they diverged from one another.’

“Humans have pretty bare faces, which may allow us to see facial expressions more easily than if, for example, we had many colours in our faces,” adds Santana.
“Initially, we thought it might be the opposite,” he says. “You might expect that in larger groups, faces would vary more and have more complex parts that would allow one individual to identify any member of that group. That is not what we found.”