Taking the Pain out of Itching 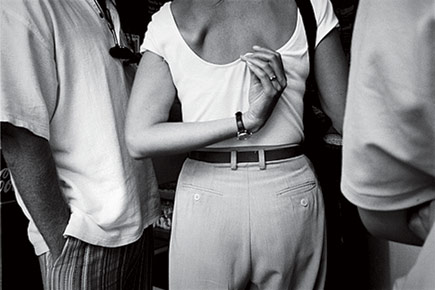 
Happiness, said Ogden Nash, is having a scratch for every itch. The phenomenon of itching, though, has long baffled scientists. They have wondered whether itching is a variation of pain. Most of us would answer it is not, because the responses pain and itching evoke are different. Pain makes us shy away from its source, itching creates a desire to scratch. But the gulf between expectation and knowledge is what science has to bridge.

In 2007, Zhou-Feng Chen and his team, at the Washington University School of Medicine in St Louis, working on mice, were able to identify a particular gene located in neurons in the spinal cord that regulated itching. This gene goes by the name of gastrin releasing peptide receptor (GRPR), and mice without this gene scratch far less when exposed to itchy substances as compared to mice with the gene. But this was not a complete answer to the question. If the neurons in the spinal cord that carried these genes also carried pain receptors, then itching and pain could follow the same pathway even if they involved different receptors. Now in an extension of their work, Chen and his team have published a paper in Science, which completes their work and shows that itches and pain are transmitted along different pathways. In mice they were able to block the itching response without affecting the ability to sense pain. The team used a neurotoxin that could target those neurons where the GRPR gene was expressed. When such mice were exposed to itchy substances their scratching came down by 80 per cent.

The research could bring benefits to those who have suffered from severe allergic reactions or are afflicted with any condition that leads to chronic itching.

“This finding has very important therapeutic implications,” says Chen, “we’ve shown that particular neurons are critical for the itching sensation but not for pain, which means those cells may contain several itch-specific receptors or signalling molecules that can be explored or identified as targets for future treatment or management of chronic itching.”