Retention of the Relevant

Why we switch off our sensory systems now and then 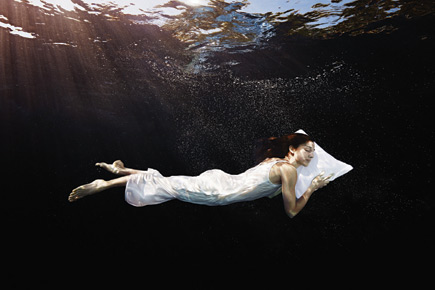 Why we switch off our sensory systems now and then

Studies have shown that sleep deprivation can contribute to a number of problems, from weight gain to high blood pressure, even a weak immune system. But what exactly is the physiological purpose of sleep? One of its chief uses, it has been suggested, is as a consolidator of memory. Some years ago, a study reported in Science found that people tend to perform better on a memory test after taking a quick nap. One perplexing question, however, is why the brain seems to shut out sensory information during periods of deep sleep. Now, a new study not only establishes the important role that sleep plays in memory storage, it also offers an answer. According to this study, published in The Journal of Neuroscience, sensory information is shut out because it compromises the ability to draw into one’s consciousness recently formed memories.

For the research, a group of lab rats were studied. First, the rats were conditioned to associate a specific odour with a mild electric shock while they were awake.

However, when the dozing rodents received new odour information as they slept, they demonstrated greater difficulty in distinguishing the learnt odour they were previously exposed to while awake, compared to others. The researchers claim that this—the difficulty of telling a new odour apart from a learnt odour when asleep—is the reason that brains shut out sensory information while sleeping.

Donald Wilson, one of the researchers on the project, says, “We know that during slow-wave sleep, the brain’s sensory systems are far less responsive to normal inputs… Our data suggest this sensory isolation may help allow replay of learned information in the absence of external interference, providing strong, precise memory of important information.” One occasionally needs to switch off to retain what’s relevant.