We sleep not to remember. So much accumulates in the mind during the day, it is necessary to weaken neuronal connections at night 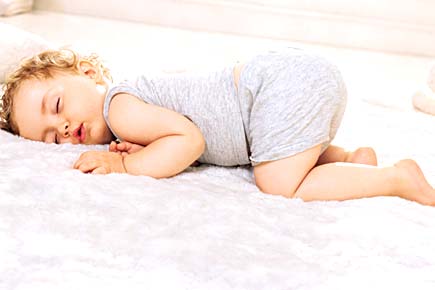 We sleep not to remember. So much accumulates in the mind during the day, it is necessary to weaken neuronal connections at night


We sleep not to remember. So much accumulates in the mind during the day, it is necessary to weaken neuronal connections at night

Sleep as salve for the mind and body is hardly a new idea. But even though scientists, like all of us, always knew that sleep played a vital role in our lives, they had not been able to pin down the exact mechanism by which sleep helps the body. Recent research now seems to be throwing up some answers.

One promising hypothesis was that sleep helps consolidate memories. This, it seems, is indeed the case, but in a surprising fashion. Sleep, rather than strengthening memories, seems to prune them, throwing out all but the strongest. The idea, first proposed in 2004 by University of Wisconsin-Madison scientists Chiara Cirelli and Giulio Tononi, has found confirmation in two papers published in the recent issue of Science, one of them by Cirelli and Tononi. According to Cirelli, “The idea is that when we are awake, we are always learning. Synapses all over the brain get bigger and stronger. The system can get saturated by learning quite easily.” Their work shows that neuronal connections in fruit flies are weakened at night, eliminating the weak connections and weakening stronger ones. Cirelli adds, “We think that a very fundamental function of sleep is this downscaling.” In another piece of research that seems to build on the same idea of the cessation of neuronal activity, Allan Pack, Director of the Center for Sleep and Respiratory Neurobiology at the University of Pennsylvania, writes of work carried out on mice with his colleague Miroslaw Mackiewicz: “It seems that when an animal is awake, energy resources are used to maintain the electricity, i.e., support neuronal firing. However, in sleep, with neuronal firing reduced, energy is now available to rebuild key molecules and be ready for the wear and tear of the next period of wakefulness.”

Together, the two pieces of research seem to suggest Shakespeare knew what he was talking about when he wrote: “Sleep that knits up the ravelled sleave of care/ The death of each day’s life, sore labour’s bath/Balm of hurt minds, great nature’s second course,/Chief nourisher in life’s feast”.