Biases All the Way from Babyhood

How babies pick sides even before they learn how to speak 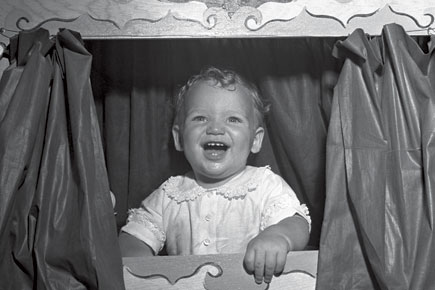 How babies pick sides even before they learn how to speak


Individuals are known to get drawn to those with whom they share certain things in common. These commonalities, for instance, could be a particular taste in music, or having grown up in the same town. What explains this cosiness? Does the experience of living in a divided social world result in such social bonds?

According to a new research study, this is not the case. Infants exhibit such social biases before they can even speak. The study, published recently in Psychological Science, done by Kiley Hamlin, a psychological scientist and professor at University of British Columbia, along with her colleagues, found that infants as young as nine months prefer individuals who are helpful to people like them and mean-spirited to those who are dissimilar to them.

The researchers write in the journal: ‘A developmental trend was observed, such that 14-month-olds’ responses were more robust than were 9-month-olds. These findings suggest that the identification of common and contrasting personal attributes influences social attitudes and judgements in powerful ways, even very early in life.’