Restless after seeing a little girl being beaten by her teacher 11 years ago, photographer Gauri Gill returns to Rajasthan. 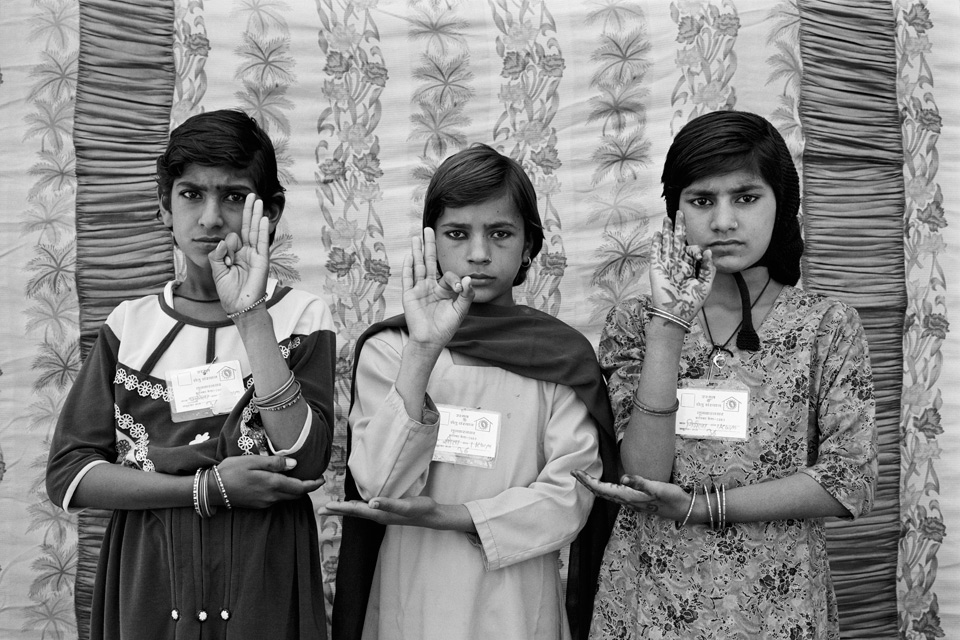 Restless after seeing a little girl being beaten by her teacher eleven years ago, photographer Gauri Gill returns to Rajasthan.


I have photographed in rural Rajasthan for ten years now, in villages, homes and families that treated me as their own. Although I chose to work independently, over the years I developed a relationship with the NGO Urmul Setu Sansthan, in Lunkaransar town, where I knew I could always stay when I was passing through. In 2003, they organised a Balika Mela (fair for girls), attended by almost 1,500 adolescent girls from 70-odd villages. The mela had various stalls, performances, a ferris wheel, games, magicians, puppet shows and competitions, just like any other small town mela, but this one was also organised around the theme of panchayat elections, and the girls took part in a mock election in which they went through the whole process of electing Sarpanches and Ward Panches for the gram sabha.

At the mela, I created a photo stall for people to come in and have their portraits taken, and then buy at a subsidised rate. I had a few basic props and backdrops, whatever we could get from the local town on our limited budget, but it was fairly minimal, and since it’s dusty and out in the desert everything would keep getting blown around anyway. Many of the more interesting props, like the peacock and the paper hats, were brought in by the girls themselves. Individuals came in, friends and sisters came, girls came with their teachers, or their whole class, and later they received black-and-white silver gelatin prints. Some of the girls who posed for these pictures also went on to learn photography in the workshops that we started in May of that year, and two years later they documented the fair themselves.