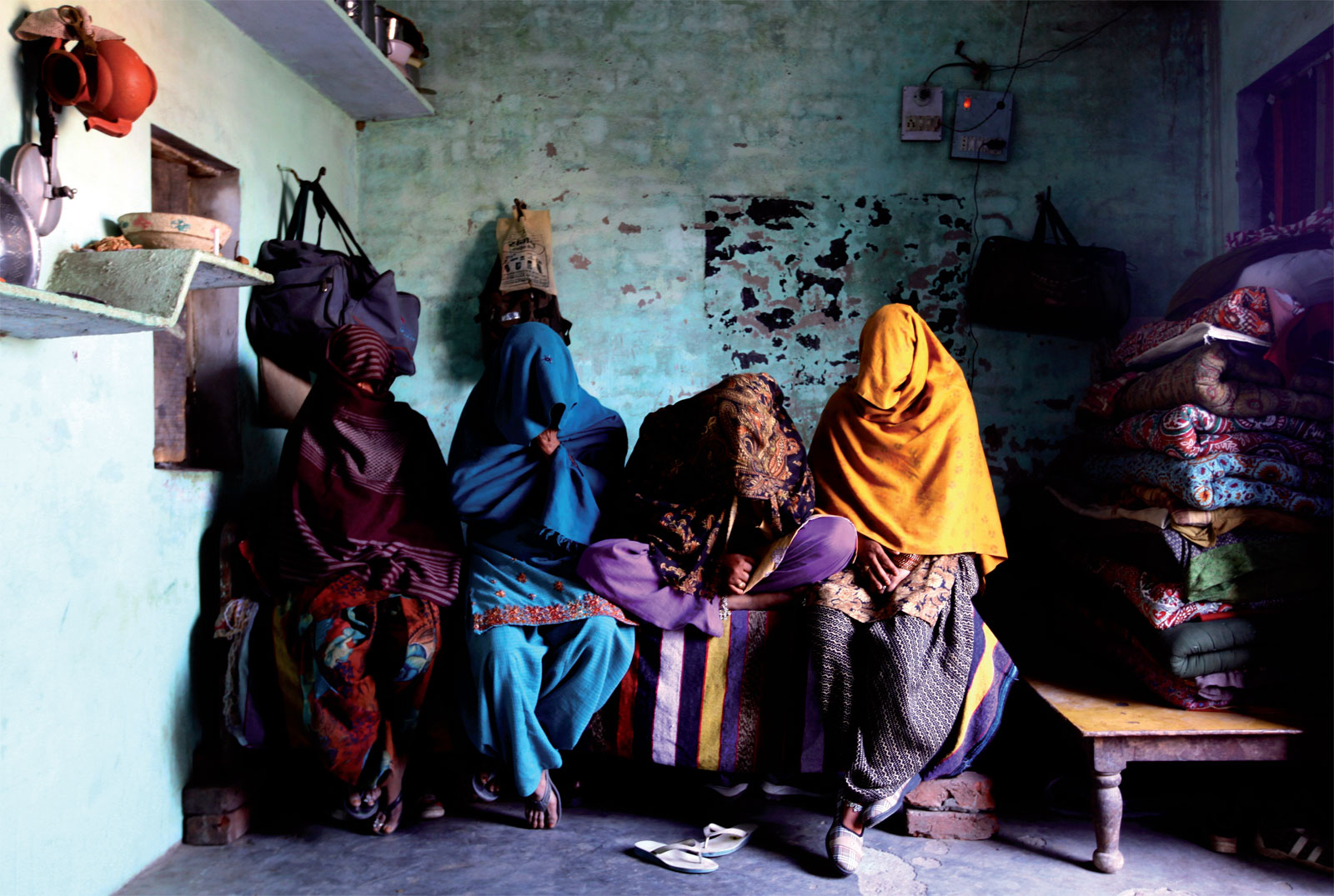 On the morning of 8 September last year, as violence spread across the villages of Muzaffarnagar and Shamli districts in UP, many women were huddled in their homes for safety.

Their husbands were either out on work or had fled rioters. From their rooftops, the women could see a mob of men armed with guns and kattas, a mob that would force its way into their homes.

Four women (pictured in the first photo here) of Fugana village were attacked by groups of four to seven men each. One of them had her children with her when she was raped. Another was attacked at gunpoint, while yet another was threatened with death if she complained to the police.

At Jholiya Khera relief camp, where the four women were later rehabilitated, there lives another minor (pictured right) who was sexually attacked by two men near a brick factory on 1 October while on her way from her village to the camp.

So far, six FIRs alleging rape have been registered, all by Muslim women. There are 27 accused, but barring two in the minor girl’s case, no arrests have yet been made. The four women of Fugana have all filed complaints.

According to the police, complaints were also received from Shamli and other villages and tagged as molestation cases. Later, more such cases came to light. In villages visited by reporters, refugee families said there had been many other acts of sexual violence.

Shahnawaz Khan, Samajwadi Party leader and husband of the pradhan of Hussainpur village in Budhana district, said five women who had taken shelter in his village spoke to activists, NGOs and state-appointed agencies, but would not approach the police to file FIRs because they feared social stigma and intimidation.