Revenge of the two mighty rivers of India 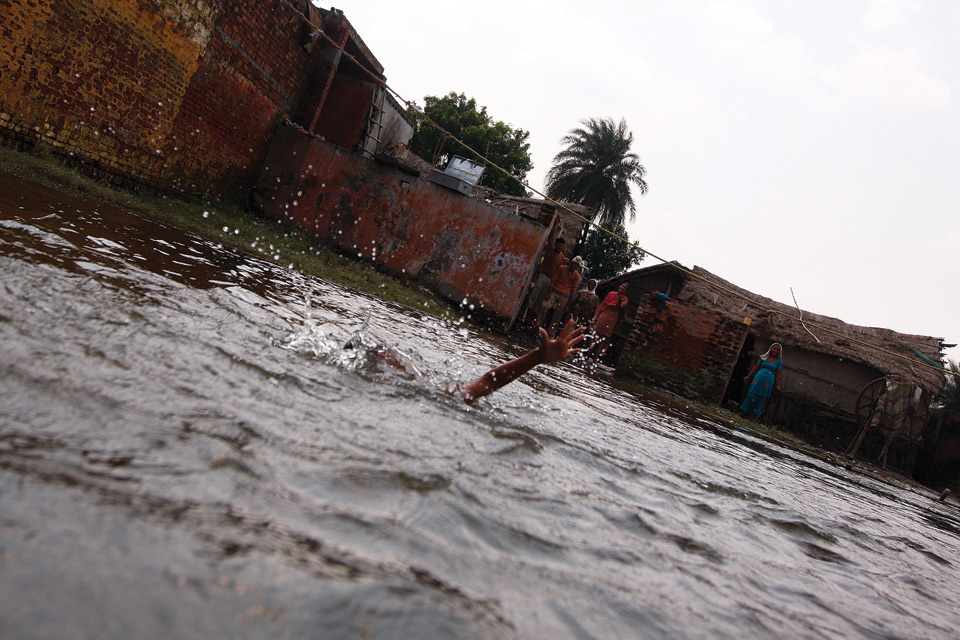 Revenge of the two mighty rivers of India


At a time the green brigade was exhorting us to do something for the survival of our rivers, Mother Nature struck again to remind us that She remains all powerful. In displaying their full might, the Ganga and Yamuna offered us a chance to see firsthand why they have always been exalted as ‘great rivers’ in Hindu mythology, revered and feared in equal measure. Their greatness lay in how they could take life just as easily as they could grant it to those who live by it. Captured here are images of beauty and fury that we dare not forget:

1. Nothing tragic here. The boy in this picture is not drowning, he is frolicking in the Ganga. The river overflowed its banks and flooded this small village near Hastinapur, UP

2. The great Gangetic expanse in all its glory

3. At a village near Mawana, UP, 60-year-old Chotu Singh, who lost his 24-year-old son to the floods

4. Even as the Yamuna’s waters recede in Palwal, Haryana, flood victims take refuge in relief camps

5. Life carries on, though, as Pinky tends to her 10-day-old baby Reshma, who was born in this relief camp at Khatka village near Palwal

6. The Ganga, meanwhile, has little respite for the people of Hastinapur, where many such villages remain flooded