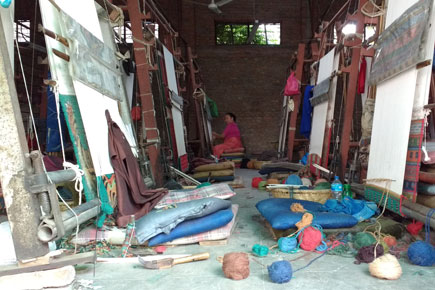 I never expected this building to be so dangerous, said Tenzin Paljor. Standing in the crumbled remains of the former weaving hall, the secretary of the Jawalakhel Handicraft Centre is dejected. The centre, which has played a pivotal role in the lives of the Tibetan refugees living next to it, is now unusable.

We called four or five engineers to check the building,

Each one of them said that it needs to be demolished. The irony is that it is too expensive to even demolish this building.

We had stumbled upon the centre walking through Kathmandu in an effort to avoid travelling on the overcrowded buses. Rows of Tibetan prayer flags billowing in the breeze told us there was a Tibetan settlement close by. Upon entering a large compound, we realised that we had walked straight into the centre that we had read about before coming to Nepal. From the outside, despite the deep cracks creeping across the walls, the building appears to be intact. But once you enter, the scene changes.

The main centre, which used to be thrumming with industrious Tibetan weavers, is now a striking reflection of the devastation caused by the quake. Our footsteps echoed in the deserted building. Rows and rows of broken pillars greeted us, many of which had sunk a few inches into the ground. Everywhere we looked, we could see red brickwork under exposed patches of plaster – some bricks missing, others surrounded by webs of cracks. The remnants of the thriving weaving hall were seen in the forms of tattered yarn, balls of threads lying here and there, and tall weaving machines that were now abandoned.

It was fortunate that the earthquake was on Saturday, said Paljor. “If it had been a working day, a huge loss of lives might have occurred.

Outside, we met Choezin, a store manager who has been working at the centre for more than 15 years. Dressed in an elegant traditional chuba, she recalled the first time she saw the centre after the earthquake with a heavy heart. “Those two months, living in the tents pitched on our football ground, and then coming back to the weaving centre to see it broken down, felt like being in a nightmare I had not woken up from, she said.

Choezin lives in the refugee settlement next to the centre, which is home to around 780 first- and second-generation Tibetans. In 1959, around 30,000 Tibetans fled to India, Nepal and Bhutan along with His Holiness the Dalai Lama following the Chinese occupation in Tibet. This meant that the Tibetans had to start their lives all over again in a land completely different to theirs; both geographically and socio-culturally.

“The first 300 to 400 Tibetans who arrived in Nepal by 1960 lived in the Jawalakhel camp, which was funded by foreign aid and relief programmes, said Paljor. “In 1961, with the help of the Swiss Agency for Development and Cooperation and the International Red Cross Society, we built the Jawalakhel Handicraft Centre. The centre allowed the Tibetans to retain their identity and culture, and served as an economic avenue to sustain the community organically.

The carpet business was a hit in Nepal and the JHC was the pioneering centre to introduce this unique craft that also became famous elsewhere in the world. As Paljor showed us around the campus, he told us that the weaving has always been exclusive and of top quality, with products ranging from 60 and 100 knots carpets, shawls, pashminas and handicraft items. For decades now the centre has been weaving exquisite carpets using time-honoured Tibetan designs as well as fresh contemporary patterns. The intricate carpets come in dark hues, muted pastels, earthy ochres and enduring neutrals adorned with traditional Tibetan iconography like the endless knot, mandalas and the Tibetan landscape.

But for the last four years the business hasn’t been very good, said Thupten Dolma, another store manager. “There are too many new carpet stores and factories in the same area which are run by single families. Their carpets are cheaper as they use lower quality material. The profit they make sustains only one family. On the other hand, the JHC makes the best quality carpets which are invariably more expensive as they have to sustain an entire community of 200 Tibetan families.

Despite the economic crunch faced by the centre in the recent years, it provides free education to the children, a kindergarten for the younger kids, support to the elderly people and handicapped, and medical assistance and housing to those who do not have homes.

Due to the destruction of the weaving hall, the weavers have had to move to an old, cramped storage room to carry out their work. “Work has become slow and has totally changed, said Dolma.

They have to take more tea and water breaks to cool down and their faces become very red. The old hall was big with a lot of space to move around. Despite that, we are happy to work and be busy.

There are now 60 women weavers along with administrative staff, store managers, salesmen, and packaging units at the centre. Even though the centre was not functional for two-and-a-half months, it still paid minimum wages to the workers during that time. According to their estimates, it will take three to four months just to demolish the buildings and around NPR 90 million (around £560,000) to rebuild it. The thought of raising this amount is an overwhelming one, especially as the community has little means of raising funds to cover the entire cost given their status in the country.

Since 1989, the Nepalese government has not recognised Tibetans as refugees. Additionally, the Tibetans and their Nepal-born children are denied legal resident status and documentation. With heavy investments in this landlocked country by China, Nepal has come under their pressure to restrain any kind of Tibetan activity. As a result, the Tibetans in Nepal are not given any form of identity proof and are denied basic rights. They can’t own property, get a job, pursue higher education, carry a refugee card, or have a passport. In short, they are denied every form of legal status that gives them an identity. Most of the refugees fled their country in order to escape persecution or violations of human rights. If they are fleeing to a country which denies those very fundamental rights, how are things getting any better for them? They are stuck in a country which neither wants to provide them with a dignified life nor is willing to let go of those who wish to migrate elsewhere.

This political limbo has had a heavy impact on the potential of the Tibetans as they are forced to do small jobs in Nepal. Added to this, they have not been provided with any kind of compensation after the earthquake by the Nepalese government. In such a scenario where their future, be it economically or as a community, is an endless series of question marks and closed doors, it is next to impossible for the centre to raise funds on its own. Other than a few private donations of small amounts, Paljor said that they have not received any aid and their search for donors has not yet yielded any conclusive results.

It is a very hard time for us right now, he said. “But I am hopeful that some way will come out. 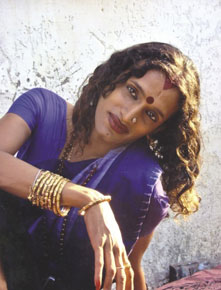